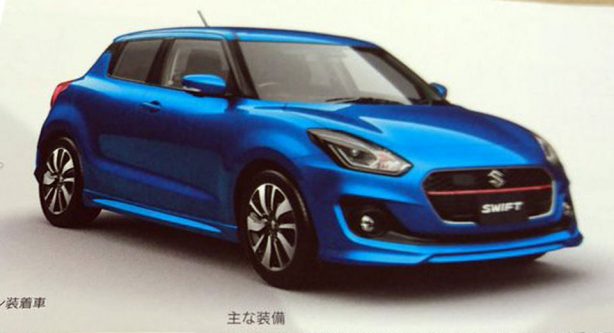 The next-generation 2017 Suzuki Swift has been outed by a series of leaked brochures images in Japan, revealing its sleek new bodywork. 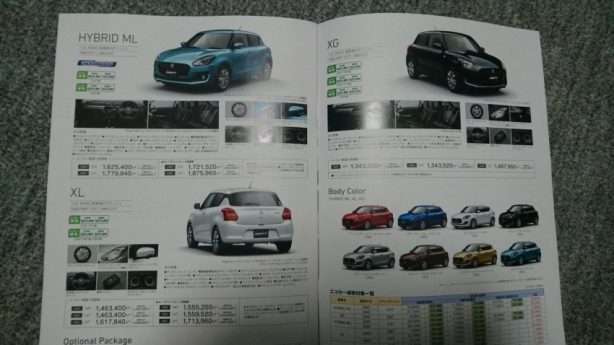 Along the sides, the car features part blacked-out C-pillars and pronounced side skirts, while at the back we can see a set of new taillights.

Inside, the new Swift gets redesigned instrument clusters, new air vents and a more modern dashboard. 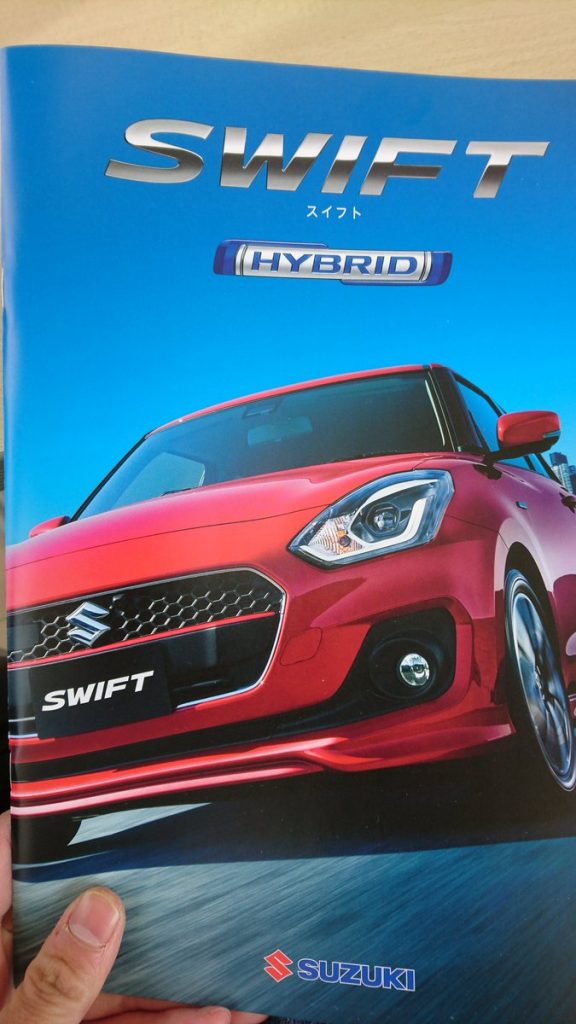 From the Japanese brochure, we can tell there are no less than six variants on offer, including a couple of hybrid models.

Like the recently released Baleno, the new Swift will receive a 1.0-litre turbocharged three-cylinder petrol and a larger 1.2-litre four-cylinder Dualjet powerplant. Transmission choices include a five-speed manual, six-speed automatic and a CVT.

The 2017 Suzuki Swift will launch early next year.