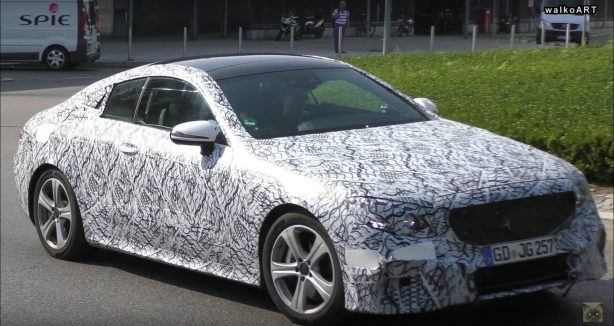 Despite wearing full camouflage, it isn’t hard to see its resemblance to its smaller brother, the C-Class Coupe. 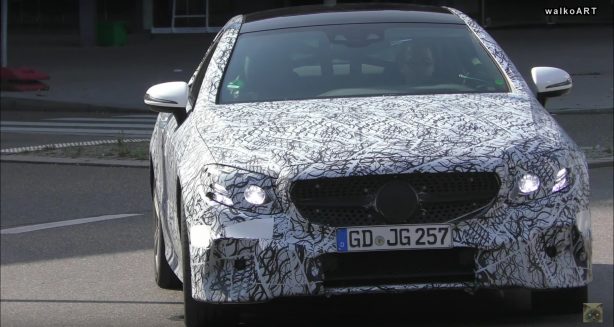 The prototype seen here is likely to be wearing an AMG kit, due to its larger front air intakes and a visible rear diffuser at the back.

On close inspection, we can also see the new E-Class coupe will dispense with a B-pillar, and likely feature retractable rear side windows. 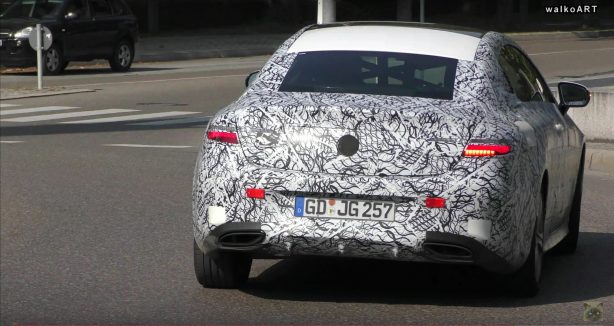