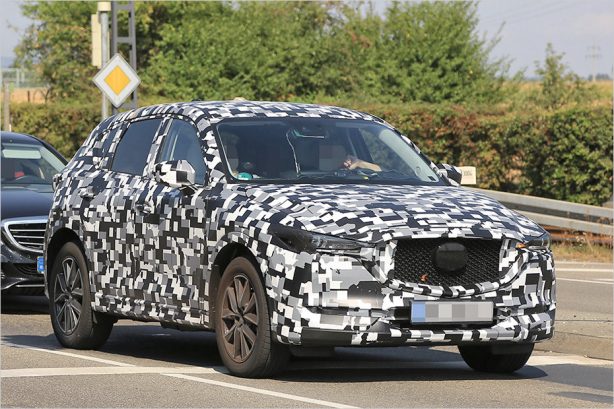 Evolution not revolution appears to be the route Mazda have taken with the new 2017 Mazda CX-5. The current model has been a huge success for the manufacturer and from the spy shots we’ve seen the new model is an evolutionary refinement on that winning formula.

Clad in camouflage the CX-5 prototype can’t hide its lower front end profile compared to the outgoing model. The headlights and front grille are flatter and wider to suit with the rear taillights narrower. 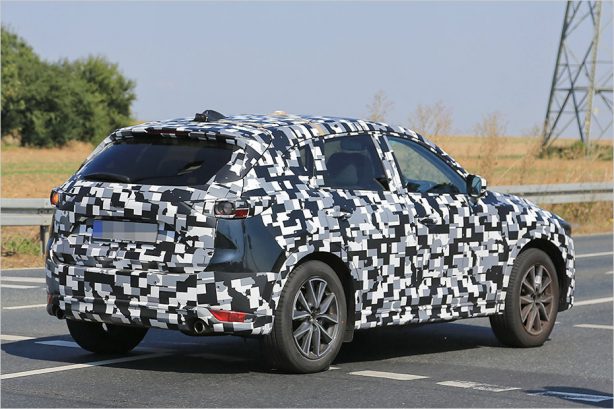 Mechanically we’re not expecting vast alterations on the series of powerplants already in use with the current CX-5. The SkyActive-G 2.0 and 2.5 four cylinder engines and SkyActive-D 2.2 litre turbodiesel will most likely be right at home in the newer and most importantly lighter 2017 CX-5. With the weight improvement fuel economy and overall handling can be expected to improved though no strict figures are available just yet.

The 2017 Mazda CX-5 is expected to make its official debut at the Geneva Motor Show in March 2017.

The current generation ND Mazda MX-5 has been around since 2015, which means the next …