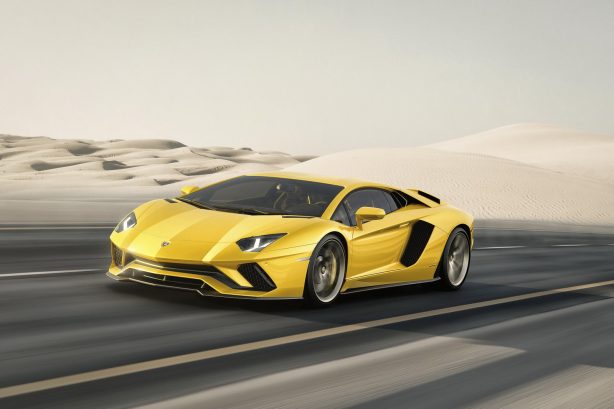 Here it is! The significantly updated 2017 Lamborghini Aventador S has been revealed nearly six years after the supercar made its debut at the Geneva Motor Show.

Lamborghini’s new flagship receives a more aggressive and aerodynamic design derived from the range-topping SV for 2017, featuring a larger front splitter to aid cooling along with two side air ducts to aid downforce. 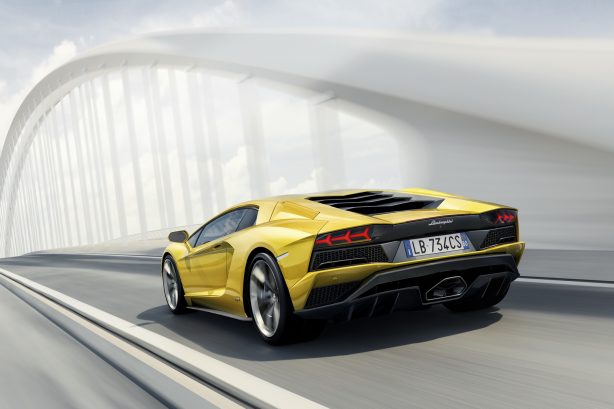 At the back, the Aventador S gains an SV-like diffuser with vertical fins that not only reduces drag, but also enhances airflow to generate more downforce. Sprouting from the middle of the rear bumper are three single exhaust tips that are part of a newly developed exhaust system which is more than 20 percent lighter than the previous setup.

To further improve aerodynamics, the active rear wing has three positions based on the car’s speed and the drive select mode. 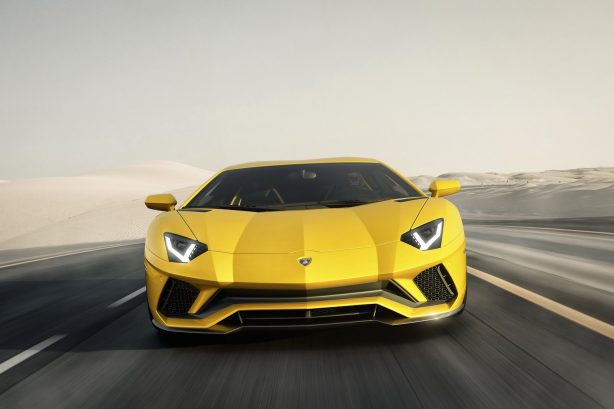 According to Lamborghini, the Aventador S has 130 percent more downforce at the front axle compared to the outgoing model, while the rear gets an extra 50 percent when the wing is at its optimum position. Additionally, in low-drag mode, downforce is improved by a massive 400 percent!

Now badged ‘LP 740-4’, the Aventador S carries over its naturally aspirated 6.5-litre V12 engine optimised to produce 740hp or 544kW – up by 40hp or 30kW, with torque remaining at 690Nm but accessible from 5,500rpm. The increased output comes courtesy of updating the variable valve timing and variable intake system. The engine now spins to an impressive 8,500rpm. 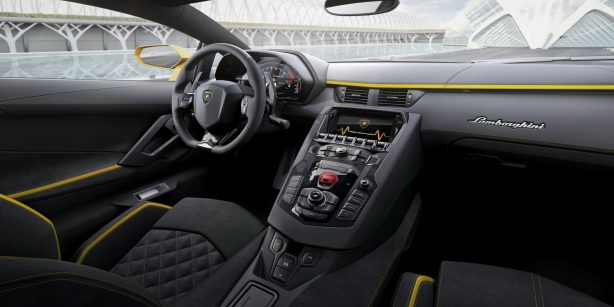 Power is sent to all four wheels via a seven-speed ISR transmission, enough to propel the supercar from 0-100km/h in 2.9 seconds before hitting a top end of 350km/h.

Inside, the revised model retains the old dashboard although with new materials and trims. It gains a new digital instrument cluster with multiple layouts based on the driving mode selected. Apple CarPlay has also found its way into the range-topping Lamborghini.