Citroen has taken the wraps off its all-new 2017 Citroen C3 compact hatchback.

Sporting a C4 Cactus-inspired styling, the new model also receives its larger sibling’s signature airbump side protection panels, along with a new double chevron grille that merges almost seamlessly with the daytime running lights, giving the hatch a wider look. 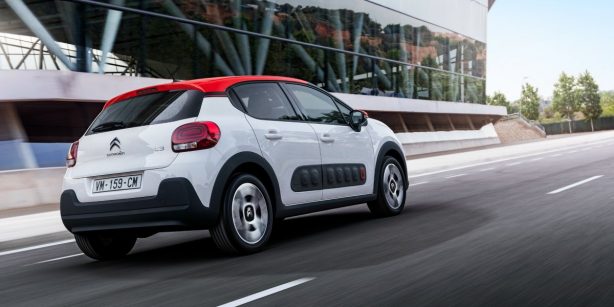 Viewed in profile, the new C3 has a floating roofline enhanced by black windscreen pillars. Citroen says the taut roof curves accentuate the dynamic outline and is 40mm lower than on the previous model.

At the back, its generous proportions and muscular wings is said to give the car a ready-to-pounce appearance, while the 3D LED taillights give a car a touch of class.

Citroen will offer its compact hatchback in 36 possible colour combinations, with nine body colours and three different shades for the roof. 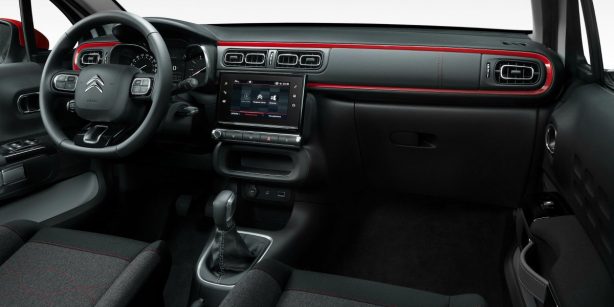 Inside, the cabin can be specified in four interior themes, including Urban Red, which adds a red dashboard and red stitching. The dashboard can be painted, wrapped with textile or TEP lining and ordered with or without over-stitching. The interior also inherits a few styling element from the C4 Cactus, including the leather door pull, chrome-surround air vent design and 7” touchscreen.

Unlike the Cactus, the C3 gets conventional analogue instruments instead of a digital one. A 3D satellite navigation system with real-time traffic info, rearview camera, the brand’s SOS service with live assistance, blind spot warning, hill start assist and driver fatigue warning are some of the optional features on the C3. 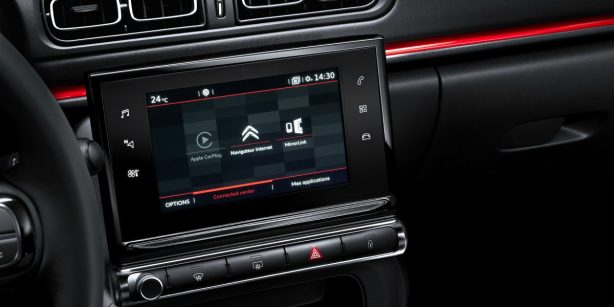 The five-door, five-seat C3 measures 3.99 metres long and has a 300 litres boot capacity. Importantly for a city car, it has a 10.7m turning circle to get into those tight spots.

Other gadgets include what Citroen calls a ConnectedCam, which uses a wide-angle camera, GPS and Web connection to send images at a single click to social media. It can also be used to make 20-second videos when the vehicle is stationary.