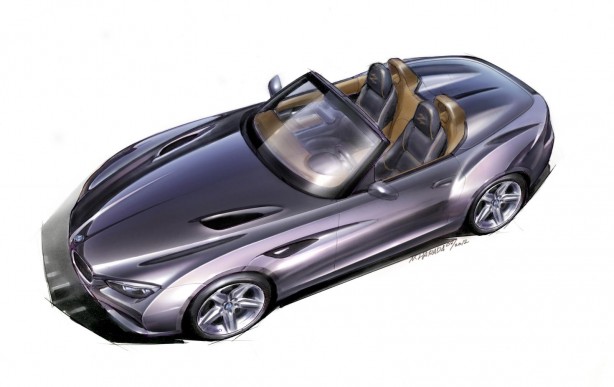 According to fresh report, the next-generation BMW Z4, currently under development, will be drastically different to the current model.

The Roadster will reportedly be based on an all-new platform jointly-developed with Toyota and ditch its fold hard top for a more conventional and lighter soft top. It will also purportedly use a carbon fibre tub similar to the BMW i3 and i8.

But most significant of all, the new model is said to adopt the Z5 moniker.

Underneath its bonnet, the two-seater will reportedly draw its power from a 2.0-litre turbocharged four-cylinder engine with outputs ranging from 141kW (190bhp) to 201kW (270bhp). A high potent Z5 M featuring a boosted six-cylinder engine with around 317kW (425bhp) is also said to be on the cards.