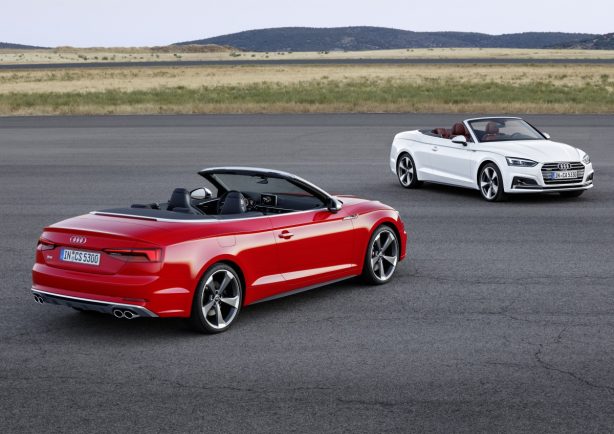 The all-new 2017 Audi A5 and S5 Cabriolet have been revealed, adding to the burgeoning A5 family.

Like its predecessor, the A5 Cabriolet features a soft top that opens in 15 seconds and closes in 18 seconds at the push of a button. It can be operated at speeds of up to 50km/h and promises to offer ‘outstanding’ level of aeroacoustics, thanks to effective insulation. 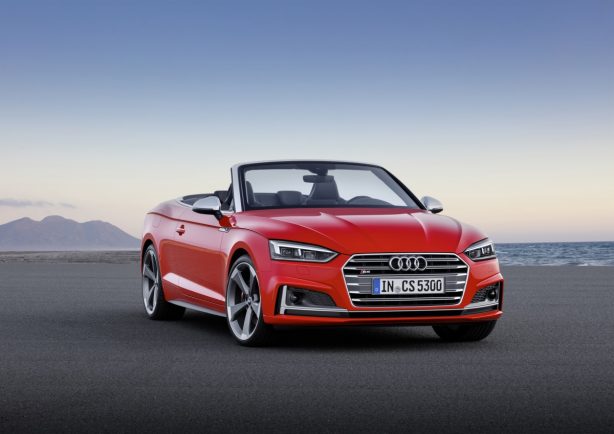 Compared to the A5 Coupe, the Cabrio gets additional struts in the body and reinforced sills to compensate for the lack of a fixed roof. Its head-thorax side airbags and rollover hoops behind the rear seats also burst into action in the event of a crash and rollover.

Audi says the new A5 Cabriolet’s torsional stiffness has increased by 40% compared to the outgoing model, while weight is down by up to 40kg. 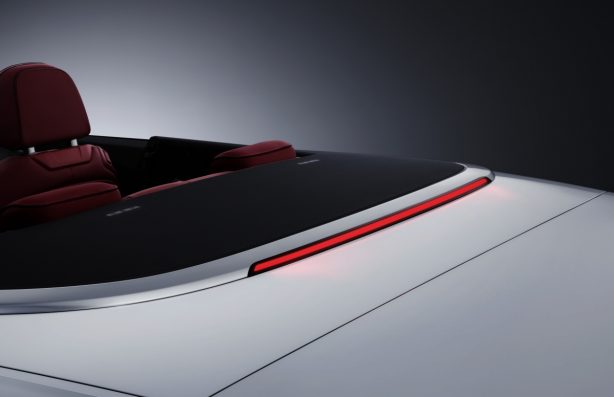 Besides those structural changes, the A5 Cabriolet will be familiar to Coupe owners. It sports similarly chiseled bodywork dominated by a wider and flatter 3D Singleframe grille at the front, and the signature shoulder wave line down the sides.

At the back, the Cabriolet’s third brake light has been neatly integrated into the aluminium trim strip at the base of the hood. 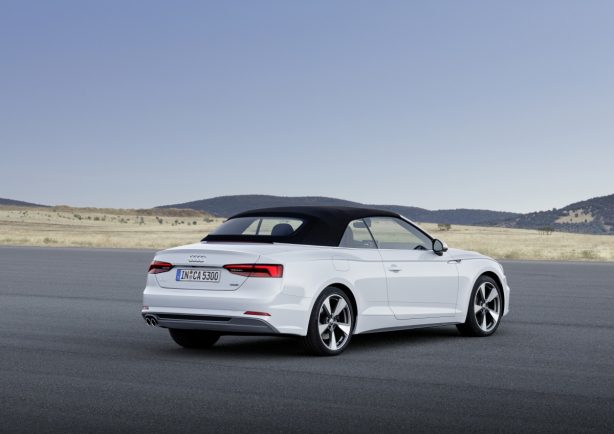 The boot is access via an automatic tailgate that can be optionally equipped with kick-to-open gesture control and expanded through the 50/50 split rear seats.

The new A5 droptop gets an updated five-link front suspension, while the previous model’s trapezoidal-link rear suspension has been replaced with a five-link unit. Adaptive dampers, which are incorporated into the standard Audi drive select system, will be a cost option, as is dynamic steering which varies its gear ratio depending on the speed and steering angle. 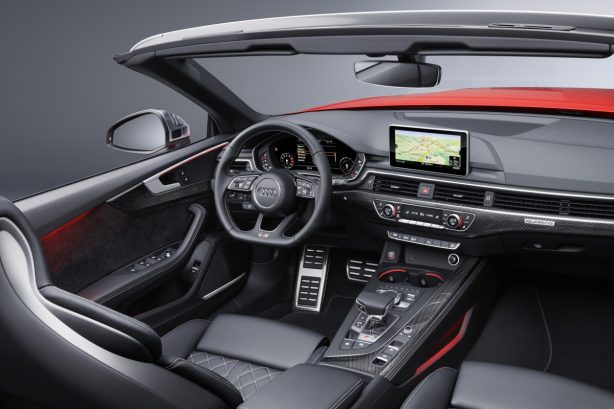 Expect the A5 Cabriolet to carry the same engine options as the Coupe, meaning a range of TFSI and TDI engines ranging from 140kW to 210kW. Front-wheel drive will be standard with Quattro AWD available as an option. Gearbox options would include a six-speed manual, seven-speed S tronic dual-clutch and eight-speed Tiptronic.

The S5 Cabriolet takes its role as the range-topper for now, featuring a 3.0 TFSI with 260kW and 500Nm of torque that is capable of hitting 100km/h from a standstill in 5.1 seconds. It drives all four wheels via an eight-speed automatic.

Expect the 2017 Audi A5 and S5 Cabriolets to arrive in Australia in the 2nd half of next year.