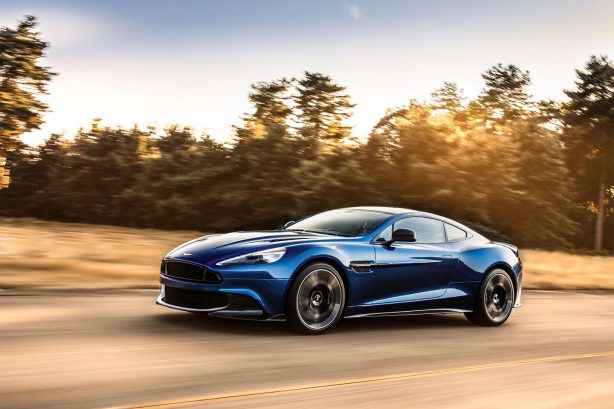 From December 2016 asphalt across the world shall play host to the visually stunning Aston Martin Vanquish S as customers begin to take delivery.

The 6.0-litre V12 engine now produces 441kW thanks to an addition 20kW from the higher flowing intake manifold which also provides improved throttle response. The 8-speed Touchtronic III transmission has been revised to provide faster gearshifts and a smoother shift at lower speeds.

Aston Martin have tuned the suspension in the new Vanquish S allowing even higher cornering performance to be achieved. The spring rates, shock absorber internals and anti roll bar bushes have all been revised for increased performance in the twisty stuff. 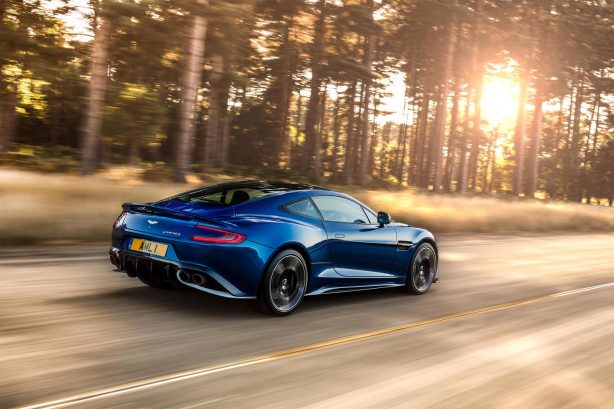 The more potent S model easily distinguishable from the standard Vanquish with a new aerodynamic package that comprises of front splitter and rear diffuser fabricated from exposed carbon fibre. The quad exhaust pipes bellow out the distinctive V12 exhaust note from the back and further enhance the rear styling of the car, which is where most drivers can catch a glimpse of the Vanquish S.

The carbon fibre front diffuser has been developed to provide reduced lift at speed with minimal drag thanks to some clever aerodynamic engineering.

Additional carbon fibre can be added as an option in the form of bonnet louvres while forged 5 spoke diamond turned wheels and painted graphics packs are also available as optional extras. 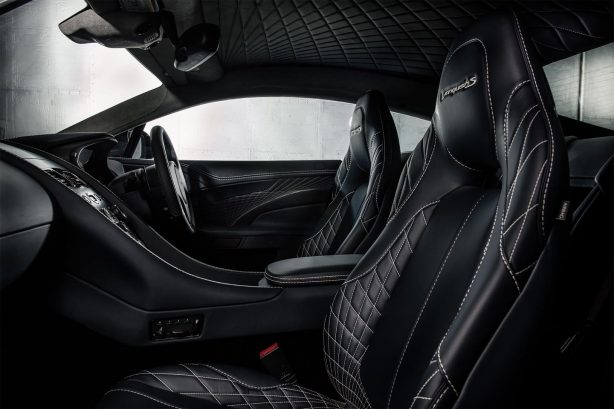 Inside filograph quilted leather and a satin chopped carbon fibre fascia panel also make their way onto the options list.

Dr. Andy Palmer, Aston Martin President & CEO said: “From the moment the original Vanquish was launched it became a modern icon. It propelled Aston Martin from an era of hand-built cars to one where craftsmanship and technology combined to create a new kind of great British GT.

In its second generation the Vanquish maintained that momentum with huge engineering advances such as its all-carbon fibre bodywork and compelling, contemporary styling. Now, the Vanquish S takes things a step further, confidently asserting itself within the Aston Martin range and distinguishing itself from the new DB11. A spectacular machine in every sense, the Vanquish S is a magnificent addition to our range.”