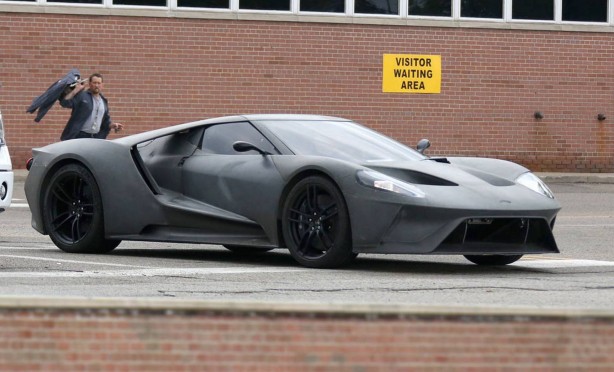 A 2016 Ford GT prototype has been spotted testing with hardly any camouflage… or paint, in the US.

Most body panels on the prototype appear to be unchanged compared to the concept car that premiered at the Detroit Auto Show earlier this year, with only the wing mirrors, tail lights and exhaust tips appearing to be temporary placeholders.

The car is also devoid of a front grille and rear diffuser, which likely means their designs are still being finalised.

The car is will be powered by a twin-turbo 3.5-litre EcoBoost V6 rumoured to produce at least 514kW (700hp). It will also pack an array of functions that didn’t exist before, including active aerodynamics, adaptive damping and advanced traction- and stability-control.

The production model is expected to go on sale later this year in the US.