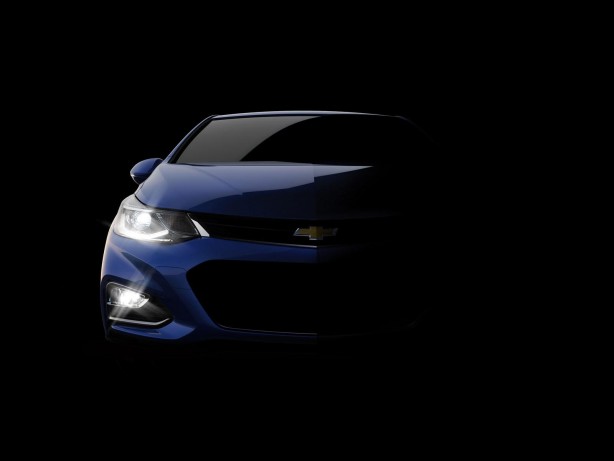 Chevrolet has released a new teaser of the 2016 Cruze small car overnight, in a quest to build up anticipation to the car’s June 24 launch.

Completely redesigned from the ground up, the second generation Chevrolet Cruze will be larger yet lighter than the current model, with new technologies, new powertrains and additional available safety features that will “bring a higher level of sophistication to the compact car segment”.

The new model is mainly aimed at the North American market. From the looks of the partially revealed front-end in the teaser, it’s clear the new Cruze will have a vastly different design to the Chinese version launched last year.

General Motor’s Australian arm, Holden, has yet to confirm if the Cruze will make it to local showrooms to replace the current model built at Holden’s plant in Elizabeth, but expect the recently introduced Astra to be Holden’s new focus going forward.

The 2016 Cruze joins the all-new Chevrolet Volt, Spark, Malibu and Camaro, all unveiled earlier this year. These five new vehicles will bring 25 new technologies to the brand, most to improve safety, fuel economy, performance and connectivity for the customer. The 2016 Cruze will be one of the first Chevrolets to offer Android Auto and Apple CarPlay.