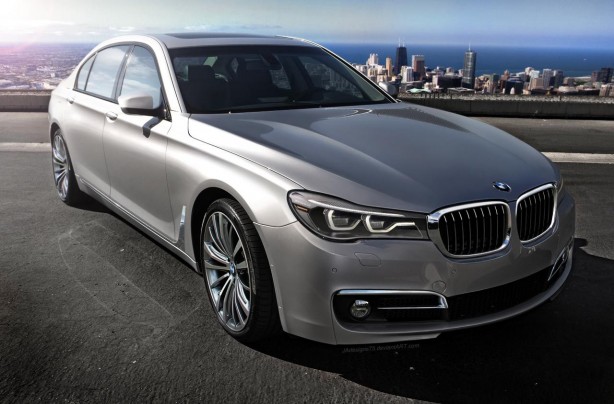 The next-generation BMW 7 Series has been speculatively rendered based on recent spy shots.

Sporting a familiar exterior design, the 2016 7 Series is expected to get a larger and more upright BMW “kidney” grille flanked by a pair of headlights that meets the grille.

Crucially, BMW’s flagship sedan will lose as much as 170kg, thanks to a raft of weight saving measures, including the use of carbon fibre reinforced plastic, aluminium and magnesium in its construction.

The 2016 BMW 7 Series is expected to make its world debut at the Frankfurt Motor Show in September 2015.