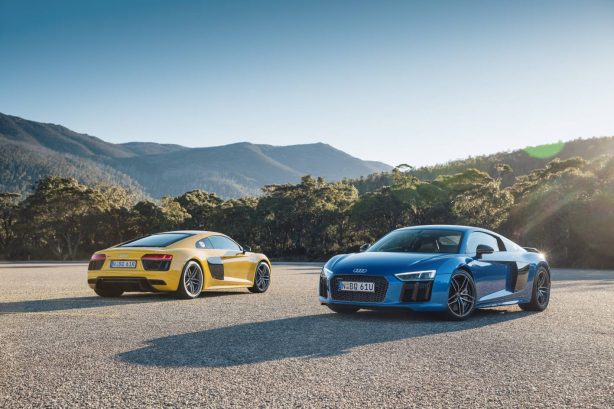 Audi has launched its all-new second-generation R8 V10 and V10 plus Coupe in Australia, described as the fastest production Audi ever.

Sporting a sharper design, the R8 is lighter, faster and boasts a higher level of technology than its predecessor. 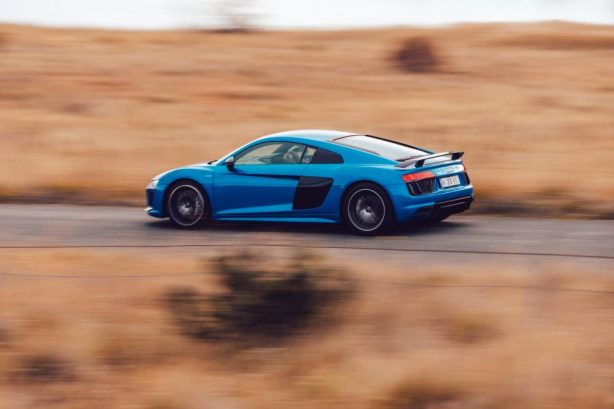 The new model’s new electromechanical steering system, Audi’s magnetic ride system and the double-wishbone suspension architecture are said to be derived from racing. 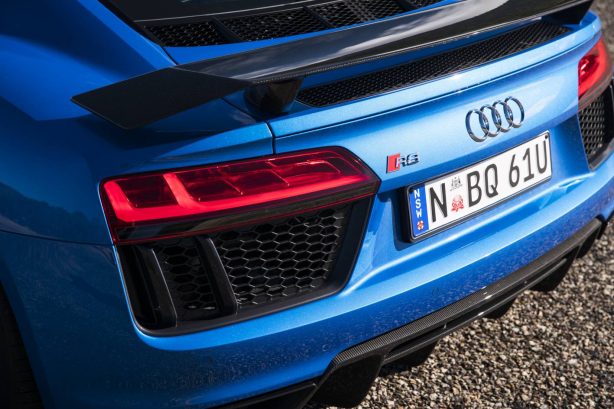 Aerodynamics also takes a leap forward, with a near fully-sealed underbody minimizing drag, and a rear diffuser and fixed spoiler combination that contributes more than 100kg of downforce at speed (V10 plus).

The immense power enables the R8 V10 plus to hit 100km/h from rest in a claimed 3.2 seconds, before hitting a top speed of 330km/h – making it the fastest production Audi ever built. Australia is also the only global market in the world to offer the trapezoidal sports exhaust as standard, promising spine tingling noise. 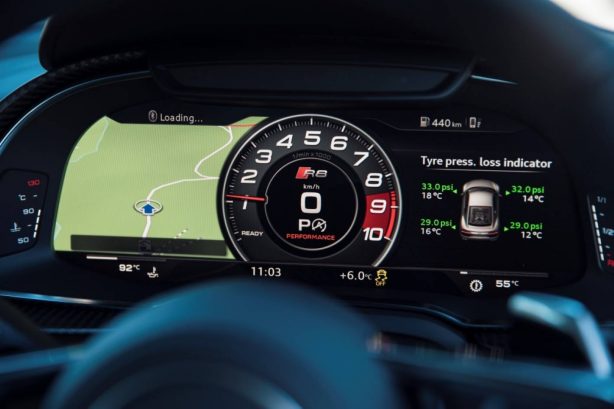 Despite this incredible performance, intelligent efficiency solutions ensure that fuel consumption figures remain responsible. The new Cylinder-on-Demand system can shut down an entire bank of five cylinders under light throttle load, while the start-stop system is new to the Audi V10 engine. Among other efficiency technologies, these contribute to claimed fuel consumption figures of 11.4L and 12.3L per 100km, for the V10 and V10 plus respectively.

The quattro all-wheel drive system in the new Audi R8 is a completely new design and engineering concept. Now an electrohydraulic clutch distributes torque between the front and rear wheels, controlled by sophisticated software. Unlike the previous model, there is no fixed distribution. The front-to-rear torque transfer is fully variable, depending on Audi drive select and the driving conditions. Power is sent to the road via a 7-speed S tronic dual-clutch transmission. 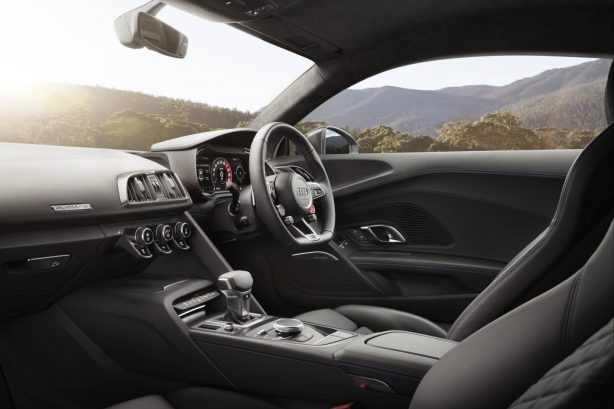 Some specification highlights of the R8 V10 include:

Some additional features of the R8 V10 plus include: