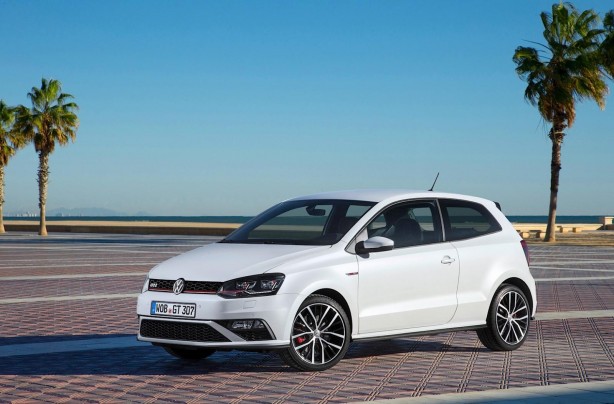 Volkswagen has detailed the upcoming 2015 Polo GTI along with the release of a handful of new official photos.

Headlining the fourth-generation Polo GTI is the car’s new engine, a 1.8-litre turbocharged four-cylinder TSI engine producing 141kW of power and 320Nm of torque – 9kW more than its predecessor. Power is transferred to the front wheels via a 7-speed dual-clutch DSG, or a new to the model 6-speed manual transmission.

It will send the hot Polo from 0-100km/h in 6.7 seconds before hitting a top speed of 236km/h. When paired with the 7-speed DSG transmission, combined fuel consumption is a claimed 5.6L/100km while CO2 emissions is 129g/km. The figures increase slightly to 6.0L/100km and 139g/km, respectively, when equipped with the DIY gearbox. 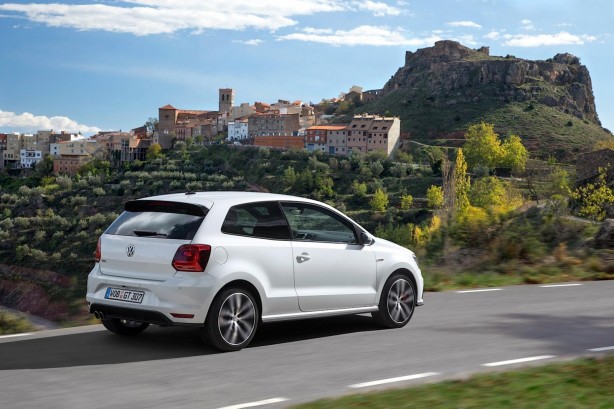 For the first time, the Volkswagen Polo GTI will be offered with an optional ‘Sport Select’ adaptive suspension system that also encompasses the ESC Sport mode for more aggressive driving, such as on a racetrack. It is available in conjunction with the ‘Sport Performance Kit’ for a sportier tuning covering a wide range of parameters, all at the push of a button.

Aesthetically, the updated Polo GTI features new bumpers, distinctively flared door sills, the GTI logo on the front guard and classic GTI insignia such as the red strips in the radiator that extends into the headlights.

Certain markets will also get the optional LED headlights (dipped and main beam) with LED daytime running lights. The car rolls on a fresh set of 17-inch alloy wheels behind which hides the gleaming red brake callipers. At the back, there is a roof-mounted spoiler, ‘Dark Red’ tail lights, black grained diffuser and dual chrome exhaust pipes. 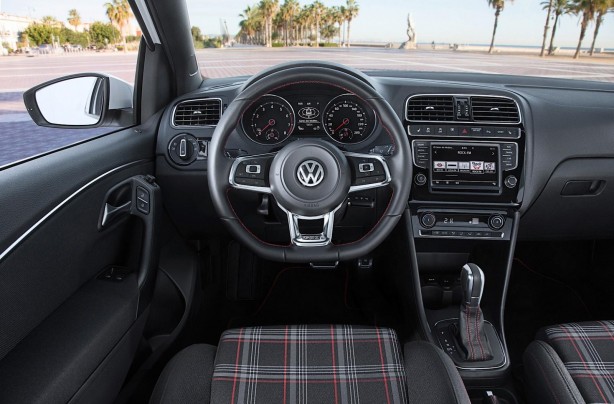 Inside, the dashboard stays largely the same, save for a leather sports steering wheel adapted from the Golf GTI. The seats are covered in ‘Clark’ tartan cloth with black outer sections featuring red contrast stitching.

Standard features include a sound actuator for a sportier engine note in the cabin, Driver Alert System, Automatic Post-Collision Braking System and ParkPilot.

Pricing and specifications for the Australian-spec model will be announced closer to launch early next year.