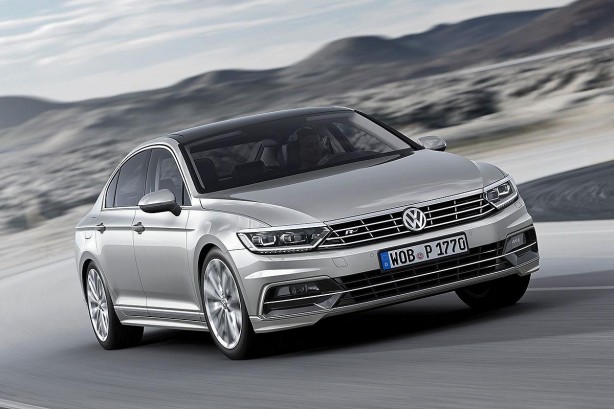 Volkswagen has released official photos of the 2015 Volkswagen Passat and Passat Wagon. First impression is good as the new car looks more upmarket than the car today, with a better resolved styling.

The car’s front fascia is dominated by a new grille that ‘extends’ into the slender headlights. There more than a hint of Audi in the car, especially in front three quarter view. Unlike the Golf’s shoulder line which runs underneath the door handles, the Passat’s character line cuts through them. 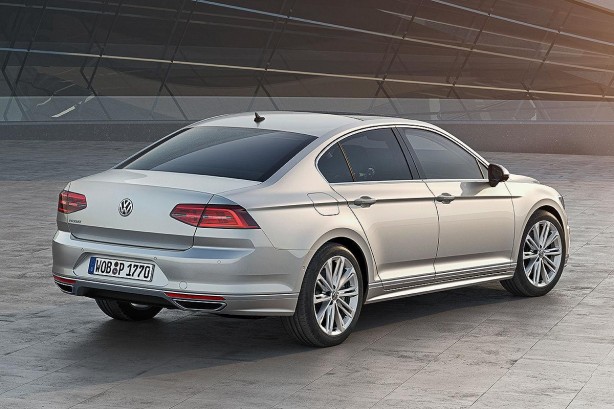 At the other end, the changes are more subtle, with the car’s taillights mimicking the outgoing Passsat’s, albeit sitting flush against the rear fascia. Its tailpipes are now split and integrated into the rear bumper.

The all-new Passat is the 2nd model after the Golf to utilise Volkswagen’s flexible MQB platform. Despite measuring 2mm shorter than the outgoing model, its wheelbase has been stretched by 79mm by moving the front wheels forward by 29mm and the rear wheels backwards by 17mm. It also sits 14mm lower and 12mm wider for improved cabin space.

As previously detailed, the 2015 Passat is lighter and more fuel efficient than ever before, thanks to a weight saving diet and more frugal engines, including a 155kW plug-in hybrid version with a 966km combined cruising range and a 50km electric only range. 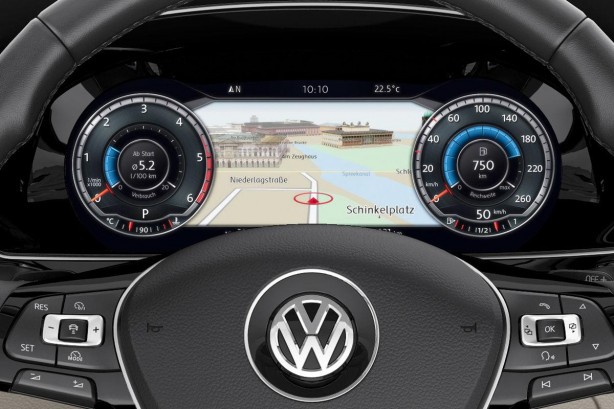 The headline news though, is the Audi TT-derived digital instrument cluster on high end models. It is user customisable and displays everything from satellite navigation to digital speedo. There’s also a head-up display available for the first time on a Volkswagen, along with an extensive array of driver assist systems such as Trailer Assist, Traffic Jam Assist, Side Assist with Rear Traffic Alert, City Emergency Braking and Park Assist.

The new Volkswagen Passat will make its official debut at this year’s Paris Motor Show and is expected to arrive on local shores in the middle of 2015.

Previous Jaguar F-Type Project 7 to make driving debut at Le Mans Classic
Next 2014 Audi A3 Cabriolet launched in Australia from $47,300