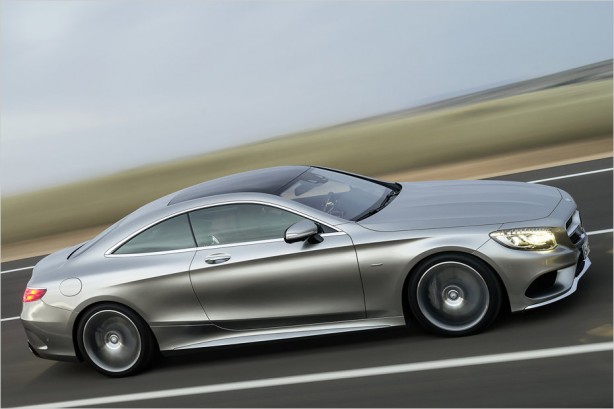 After numerous prototype, spy shots and leaked photos, Mercedes-Benz has finally revealed the stunning new 2015 S-Class Coupé in all its glory. The new photos released today by the luxury German marque show the production version of the S-Class, which will make its debut at the Geneva Motor Show in March.

First appeared as a concept at the 2013 Frankfurt Motor Show in September, the large coupe was the star of the show with its sleek proportions and a fresh new rear design that is a departure from what we have seen so far from Mercedes. It’s strikingly beautiful yet elegantly understated. 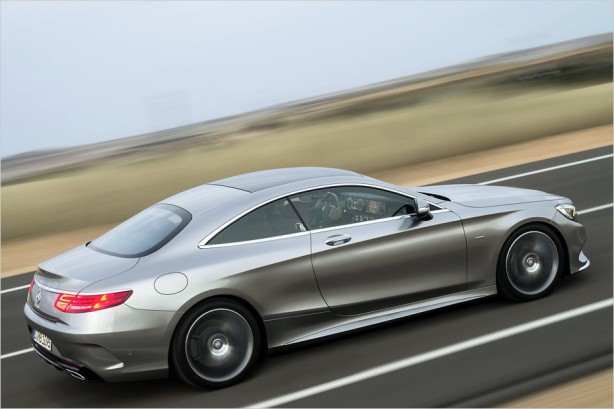 We are glad that the production version has not deviated much from the concept’s original design. The new S-Class coupe is one hot looking coupe. The sweeping roof line cuts a long sleek profile emphasised by bold shoulder lines running down the side of the car.

“Our new S-Class Coupé is one of the most gorgeous coupés of all times, representing the most radical aesthetic departure from its predecessor.” said Gorden Wagener, Vice President of Daimler.

As a replacement for the CL-Class, the S-Class coupe is expected to share the same engine lineup as its four-door sibling, including derivatives of the S63 and the fire-breathing 430kW/900Nm S65 AMG. The large coupe will sit just below the Mercedes SLS supercar in the company’s lineup. 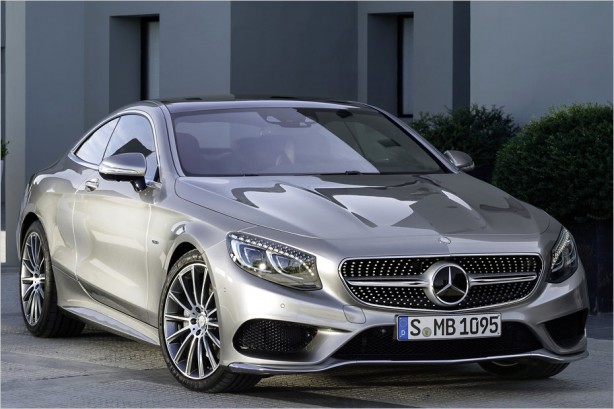 At launch however, the S550 coupe will be the only version offered. It is powered by the same 4.7-litre V8 biturbo engine found in the S-Class saloon. The 335 kW of power and 700 Nm of torque are sent to all four wheels through Mercedes’ now widely used 4Matic all-wheel-drive system.

The coupe also carries over a whole heap of technologies from the S-Class saloon, including Magic Body Control, an adaptive suspension that is able to “read” the road in advance to improve ride comfort. The S-Class coupe goes one step further by adding an extra function that is capable of sensing a bend in the road ahead and leans the car into it, reducing body roll for a more pleasant driving experience.

Another highlight of the new S-Class coupe is the full LED lighting system complemented by 47 Swarovski crystals (17 for the daytime running lights and 30 for the indicators). Do you need a better reason to get the misses’ approval to buy this car? 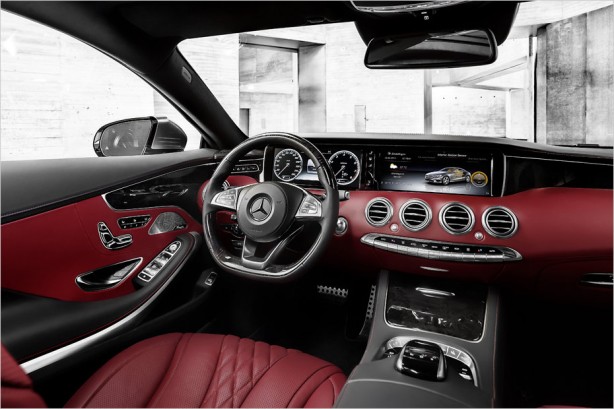 The interior of the S-Class coupe mimics the saloon with an all-digital instrumentations and infotainment system consisting of a two-part high resolution TFT screen. A variety of options are available for the interior, including a head-up display, Magic Sky Control which changes the transparency of the panoramic roof and an air circulation system that releases a variety of scents at occupants.