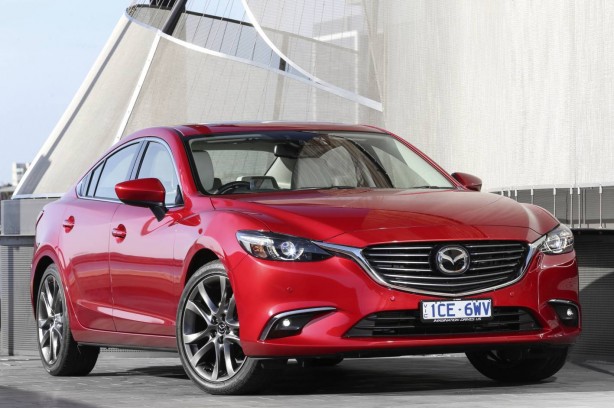 The 2015 Mazda6 has received a range of exterior and interior upgrades, adding to the appeal of Mazda’s flagship model.

The Mazda6 exterior, like the recently revamped Mazda CX-5, has taken the next step in its design evolution, adding an updated front end that offers a stronger look and greater flow thanks to the addition of five horizontal fins that run through to Mazda-first LED headlamps. 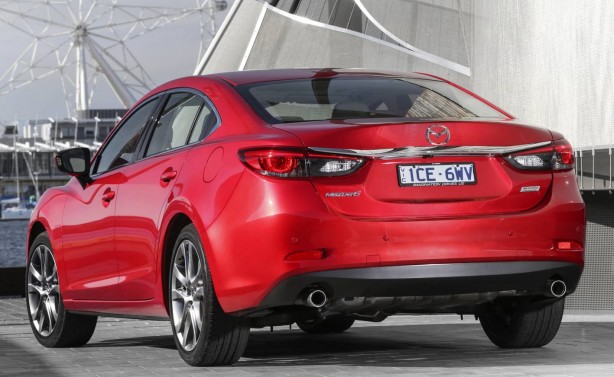 While the exterior changes offer a bolder and tauter design, it is the premium interior upgrades that elevate Mazda6 even further.

Initially revealed on Mazda3, the Active Driving Display is Mazda’s version of a Head Up Display. Mounted above the meter hood, it provides vehicle speed and other important real time driving information.

Mazda6 drivers will experience the ‘Jinba Ittai’ – horse and rider as one – feeling thanks to an updated suspension system that provides a smooth, flat driving experience while settled in redesigned front and rear seats that offer a snug, comfortable fit. 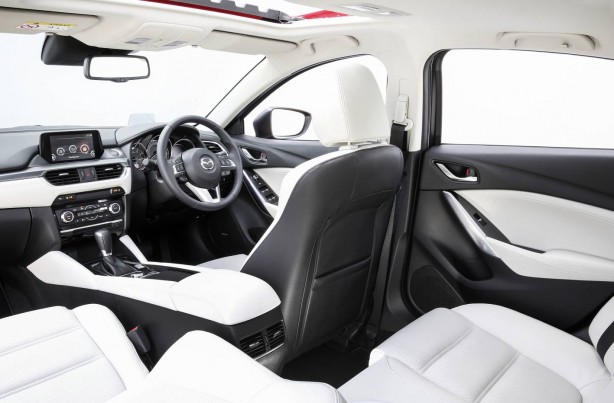 NVH, a major criticism of previous Mazda models, has been improved by 10 per cent when travelling on rough roads and by approximately 25 per cent on highways. A new Drive Selection feature on petrol models allows the driver to switch modes for a more responsive driving experience.

Powertrains carried over unchanged include the 138kW/250Nm SKYACTIV-G 2.5 litre petrol and 129kW/420Nm SKYACTIV-D 2.2 litre diesel engine, both of which are mated to a SKYACTIV-Drive 6-speed automatic transmission. The new facelifted Mazda6 continues to be offered in four variants, comprising the entry level Sport, the mid-spec Touring and high grade GT and Atenza.

With prices recently dropping thanks to the Japan-Australia Free Trade Agreement, the Mazda6 Sport starts from $32,540, down $920 from its 2012 launch price.