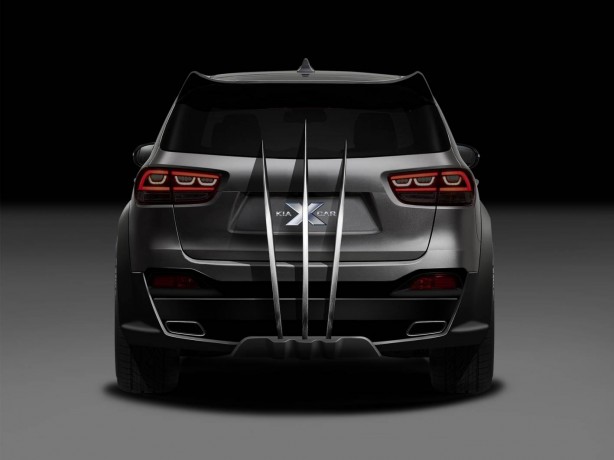 Kia has grafted Wolverine’s adamantium claws on to the 2015 Kia Sorento. And while some of you may fancy the idea of sneaking up on the dear old lady in the Mitsubishi Magna doing 30km/h on the freeway, the X-Men-inspired Sorento is purely a promotional one-off.

It was created to coincide with Kia’s new collaboration with Twentieth Century Fox Home Entertainment to promote X-Men: Days of Future Past, which is being released on Blu-ray, DVD and Digital HD. 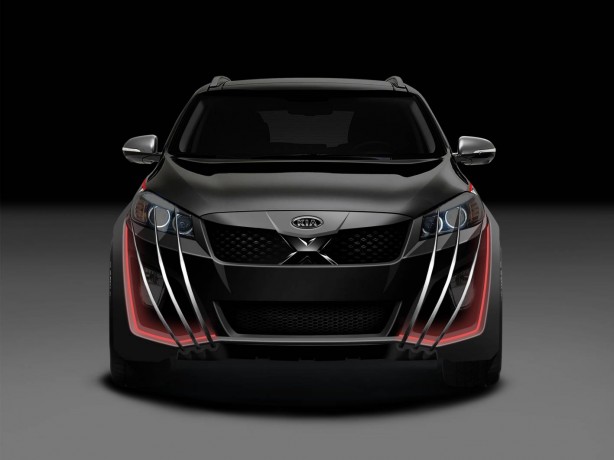 The ‘Kia X-Car’ – as it is known – will be officially unveiled a week before the 2015 Australian Open (which Kia is a major sponsor) by Kia brand ambassador, Rafael Nadal.

Kia will release a video on its Facebook page and YouTube in mid-December, showing Rafael Nadal teaming up with the X-Men and taking on the Sentinels – the robotic antagonists from the latest film in the X-Men franchise– who are threatening the Australian Open 2015. To save the first Grand Slam tournament of the year, the X-Men and Nadal are helped by a ‘Kia X-Car’, which leads the attack against the Sentinels. 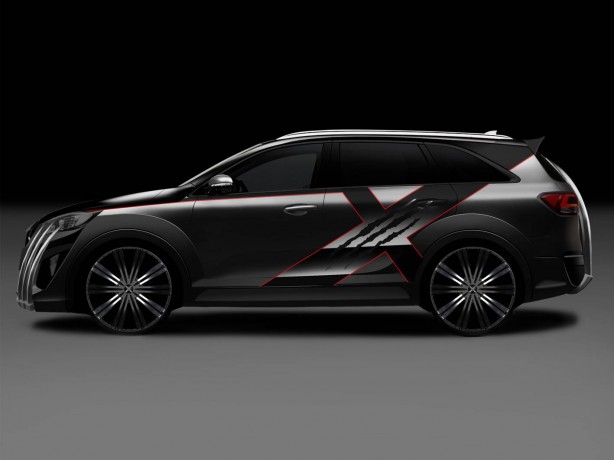 After its unveiling, the ‘Kia X-Car’ will be on show at Melbourne Park throughout the tournament, which takes place from 19 January to 1 February 2015. The car will then be showcased in various international motor shows for the fans.

To find out more about the unique ‘Kia X-Car’, visit Kia Motors on Facebook: http://bit.ly/KiaXmen. 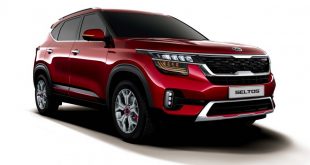 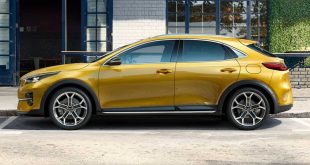 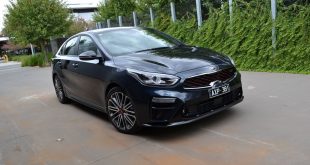