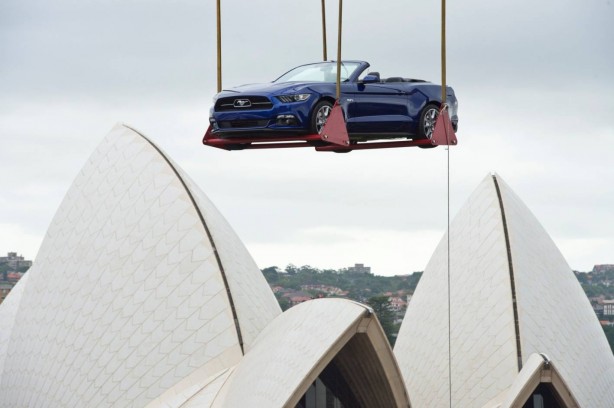 The all-new 2015 Ford Mustang is marking the company’s transformation in Australia and its new wave of revitalising models by taking centre stage at Sydney New Year’s Eve celebrations.

The convertible Mustang was lifted and positioned on top a Sydney high-rise building next to the Opera House to prepare for a breath-taking view of one of the world’s most iconic harbour and tonight New Year’s Eve events. 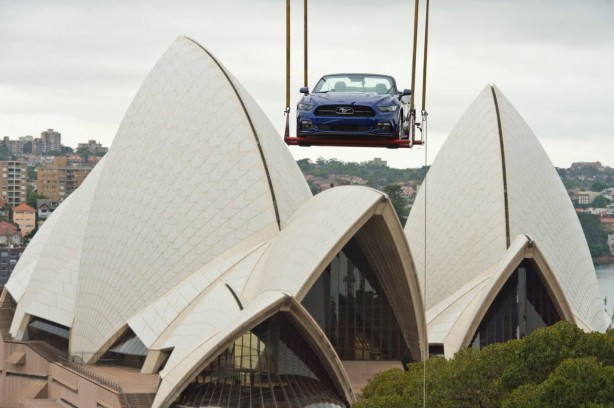 This caps a history-making year in which the Mustang also scaled the Empire State Building and Burj Khalifa, the world’s tallest skyscraper in Dubai, to celebrate the iconic pony car’s 50th Anniversary.

As a new associate partner to the City of Sydney, Ford Australia also will host the event’s first-ever soundtrack by broadcasting music – including live performances featuring the Australian group Milky Chance – to key harbour-side locations. 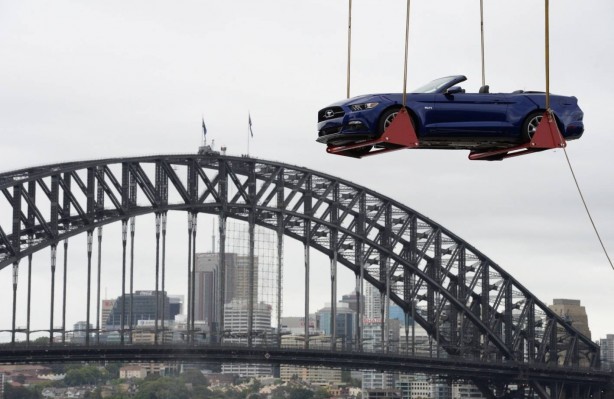 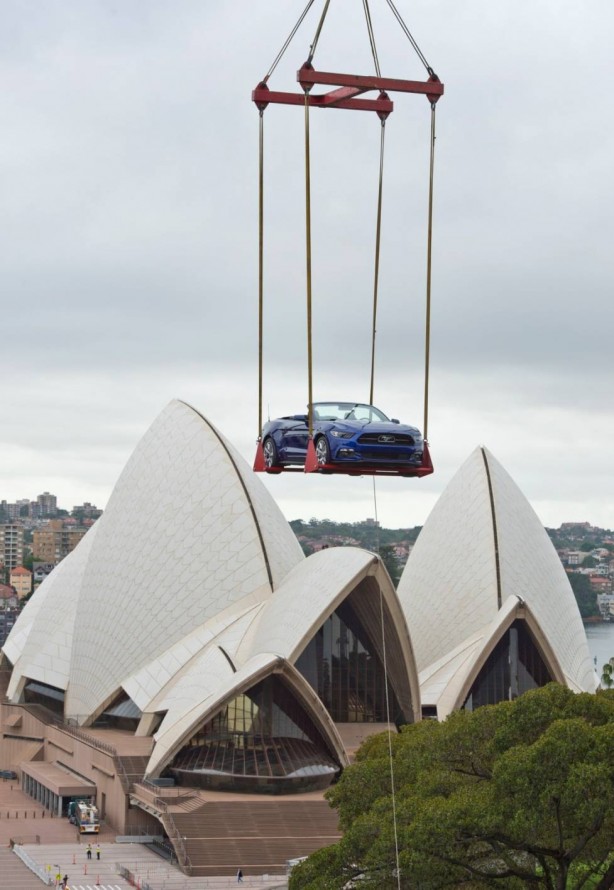