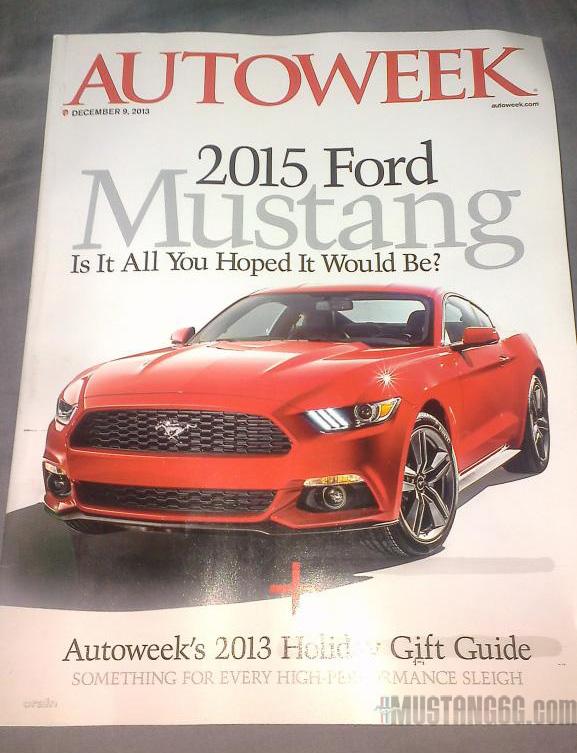 The 2015 Ford Mustang will be unveiled later today at a “Go Further” event in Barcelona, Spain but as is the norm these days, a picture of the car is invariably leaked onto the web before it’s official debut.

Seen here as scanned images from the latest Autoweek Magazine, the new model is unmistakably a Mustang, albeit with a more modern and chiselled look, complete with signature LED daytime running lights incorporated in the headlights. 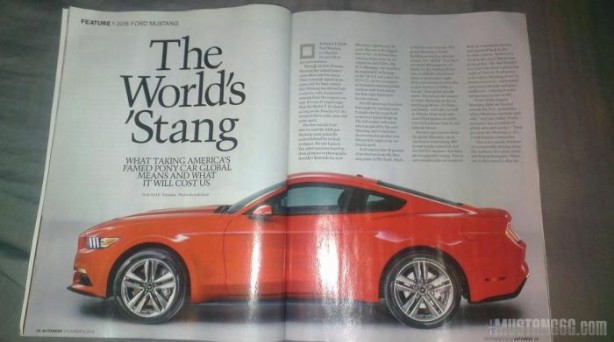 Down the sides, its muscular guards give the car a squad stance, while a shallow glasshouse and fast roofline gives the car a more dynamic profile. At the back, an evolution of the current car’s design is seen in the distinctive taillights.

According to the report, the 2015 Ford Mustang will shed up to 200 lbs (90.7kg) in weight compared to its predecessor. 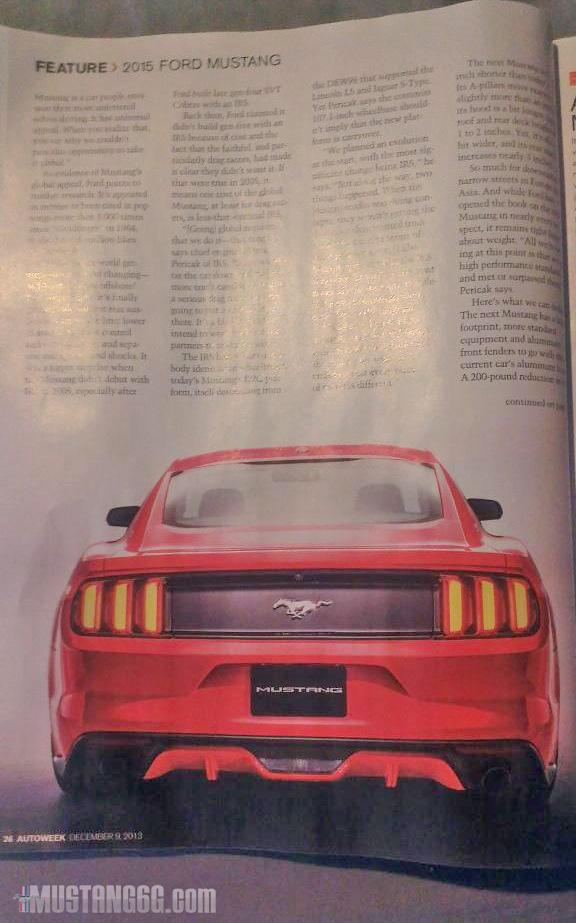 Ford has also confirmed the Mustang will be introduced in conjunction with two other new Ford vehicles.