The Toyota Land Cruiser Prado is due for a mid-life update and several photos of the 2014 Prado, together with its Lexus GX twin (on sold in Australia) have found their way onto the web. 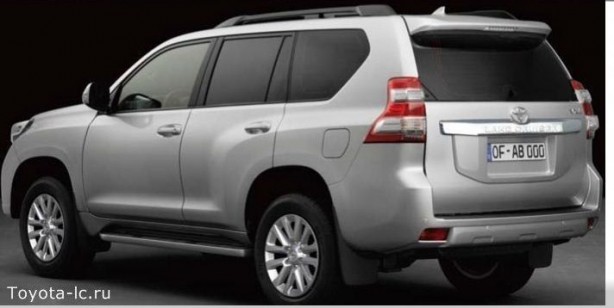 Set to debut next year, the face lifted Prado gets the usual mid-life revision to the front fascia, including a new front bumper, more prominent grille and new headlights with the now pre-requisite LED daytime running lights. At the back, changes are a little less noticeable with a revised tailgate and new taillights.

Meanwhile, the Prado’s Lexus twin adopts the luxury marque’s new spindle grille, flanked by a pair of different headlights. At the back, the Lexus GX will get LED taillights and a slightly different bumper design for that upmarket look.

There are no details on the engine specifications, but they are expected to be carried over. That means a range a 127kW/410Nm 3.0-litre turbo diesel and 202kW/381Nm 4.0-litre V6 petrol, mated with either a 6-speed manual or 5-speed automatic transmission.