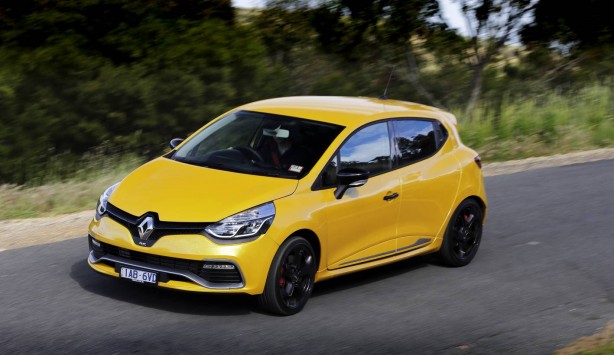 Renault has launched the Clio R.S. 200 EDC in Australia today (read our review here). Available in two specification levels – standard and Trophy – the latest product from Renault Sport starts from $28,790 plus on road costs.

The new Clio is the first model to be designed by Renault’s Senior Vice President Corporate Design, Laurens van den Acker with clear inspiration from F1, especially in the pointy nose and ‘F1’ blade in the bumper. Some styling details also play a technical role. The diffuser and rear lip spoiler, for example, were conceived as a whole – just as they are in a single-seater race car – for maximum aerodynamic efficiency. 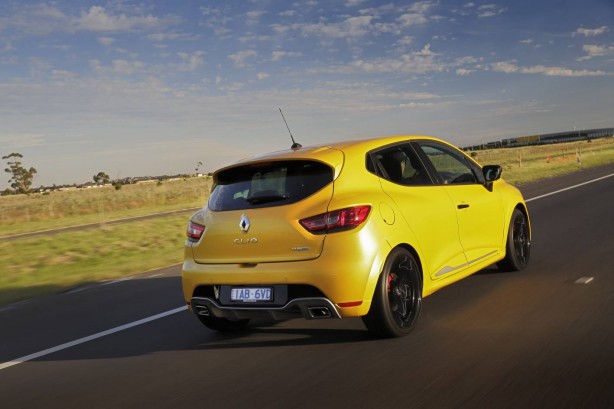 In the Clio R.S. 200 EDC, the diffuser contributes 80 per cent of the extra down force generated at the rear, while the other 20 per cent is accounted for by the specifically designed lip spoiler. At the back, the exhaust pipes form an integral part of the diffuser and are further highlighted by their tell-tale rectangular surround. 17-inch Silver Grey ‘Tibor’ wheels come standard in the Sport Chassis, while 18-inch Gloss Black wheels are fitted to the Cup Chassis.

Inside, the black trim is punctuated with a number of red details, including the seats belts and instrument needles. Red has also been used for the stitching on the seats, the air vent surround and door panel beading. The sports steering wheel’s ‘straight ahead’ position marker is also bright red. 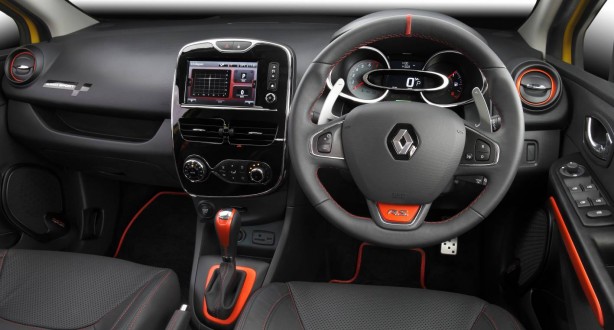 As with the standard passenger variants, the new Renault Clio also boasts two in-car entertainment platforms – Renault’s MEDIA NAV and R-Link.  Both systems use an 18 cm touchscreen tablet display and enable satellite navigation, radio, Bluetooth connectivity for hands-free telephony or music audio streaming, as well as USB and 3.5mm connectors.  To ensure excellent acoustics inside the car and avoid distortion at high volumes, the speakers in the front doors of new Clio feature Bass Reflex technology – a world first, according to Renault.  Thanks to an additional cone, this technology allows the equivalent volume and listening enjoyment of a 30-litre speaker.

The big news in the new Clio R.S. 200 EDC is of course, its exclusive 6-speed EDC (Efficient Dual Clutch) transmission with steering wheel mounted paddle shifters and launch control. It is married to a 1.6-litre turbocharged petrol engine developing 147kW and 240Nm of torque, the latter coming in from just 1,750rpm. 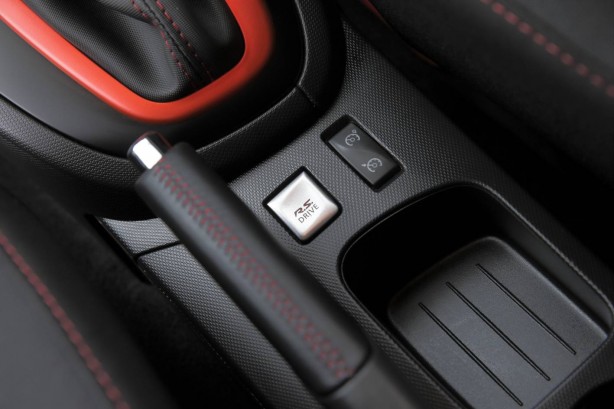 The French-built Renault Clio R.S. 200 EDC is available in a choice of five body colours, including the exclusive, emblematic Liquid Yellow and comes with a 3 year/unlimited kilometre warranty and is eligible for Renault’s Capped Price Servicing program of just $299 per calendar year for the first three years.