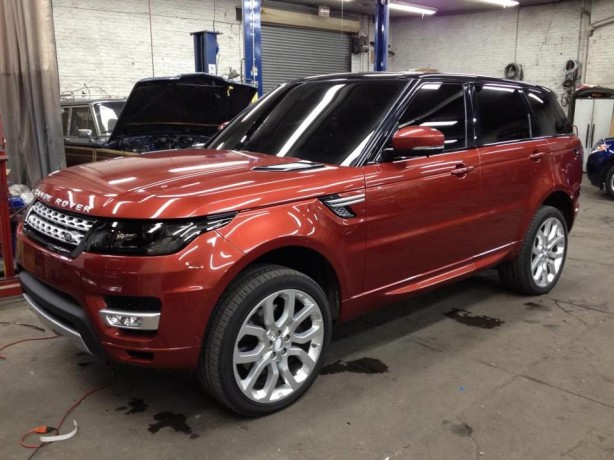 Looks like the all-new 2014 Range Rover Sport has been outed ahead of its debut at the New York Auto Show. The images comes courtesy of VMax 200 Facebook page.

It is immediately apparent the Range Rover Sport borrowed its styling heavily from the smaller Range Rover Evoque, while still retaining the classic Range Rover profile.

The slimline headlights and grille bears a striking resemblance to the smaller Rangy while its chunky black-out C-pillar gives the rear a wrapped around look. Unlike its more upmarket sibling, the Range Rover, there are no faux vertical side vents on the front doors, instead there is a small fender vent aft of the front wheel arches decorated with a pair of matte silver strakes. 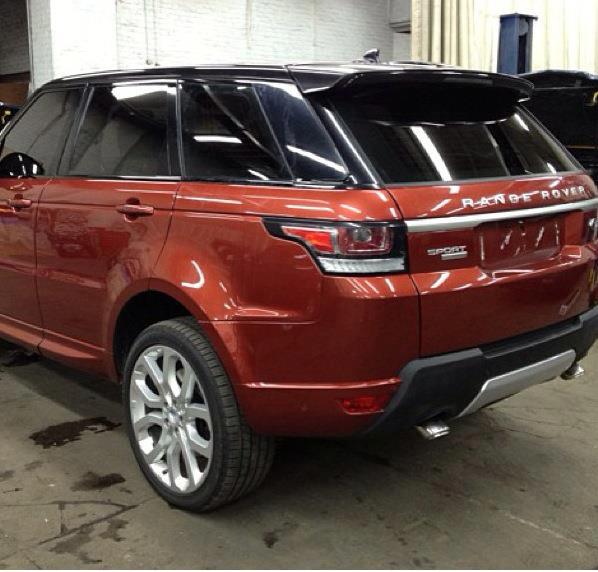 Land Rover is keeping full specifications until launch, but did mention it will be the company’s “fastest, most responsive and most agile vehicle to date.”

In the meantime, check out the first video teaser of the car below.

The 2014 Range Rover Sport will be unveiled on the 26 March.