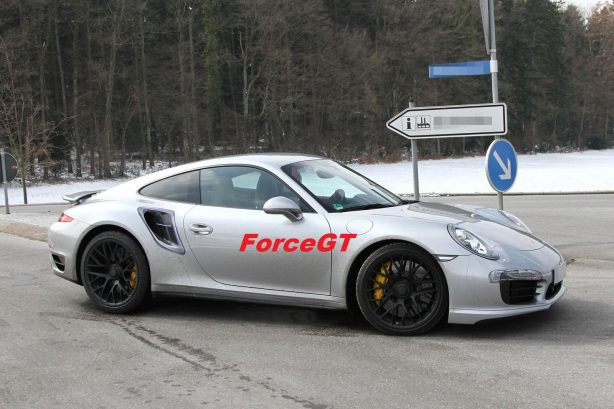 New details have emerged on the eagerly anticipated 2014 Porsche 911 Turbo, and it seems the power war between the 991 911 Turbo and the Nissan GT-R is about to get even more fiery!

Both models are set to be paired with Porsche’s PDK dual-clutch gearbox, with an overboost function that can deliver an extra squirt of 50Nm for up to 10 seconds. 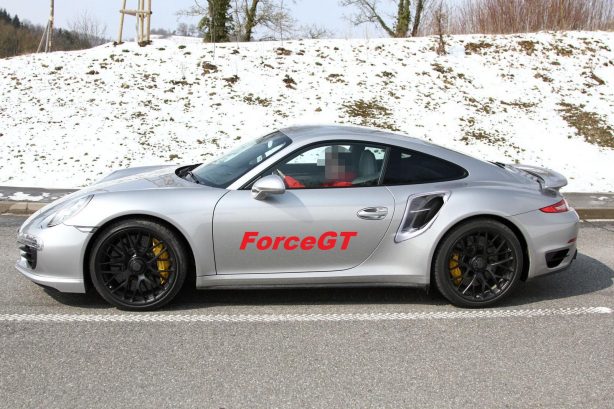 Performance wise, the Turbo is expected to accomplish the century sprint in around 3.1 seconds and lap the Nürburgring in less than 7 minutes and 30 seconds. Some sources have also speculated that the new 911 Turbo could match the Carrera GT’s time of 7:25.

To keep the polar bears happy, the new car is expected to cut CO2 and return 13 percent better fuel economy, thanks to engine start/stop technology, an optimised transmission and active aerodynamic front spoiler.

The new 911 Turbo is also expected to have a rear steering system, optional carbon ceramic brakes and a body that is 1.1 inches wider than the 911 Carrera 4 and 4S.