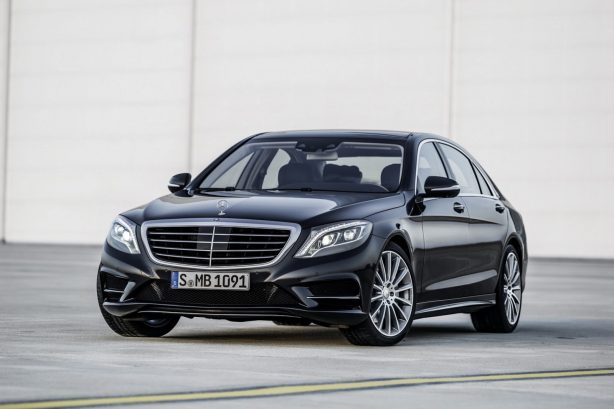 The veil has been taken off the all-new 2014 Mercedes-Benz S-Class. It is not only the ultimate in luxury and technology in the Mercedes line-up, the S-Class significance extends to its influence on the luxury segment from now until the end of this decade.

Like all S-Class before it, the new W222 series S-Class is packed with electronic gizmos. It is also safer, greener and more powerful than previous versions as well.

With the demise of the Maybach brand, the new S-Class is elevated to an even more luxurious level, as evident from the exquisite interior. Outside, the perfectly proportioned body is classy and has an air of majesty about it. 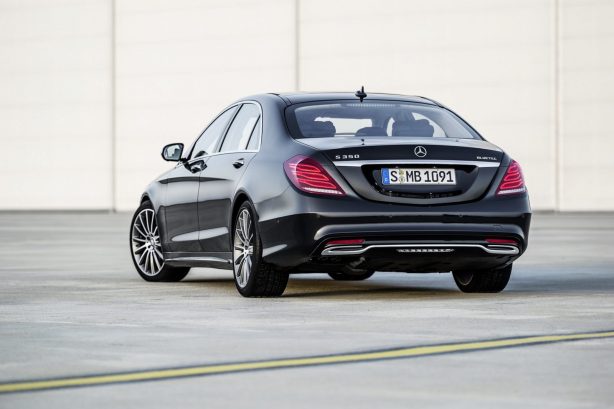 The official press release from Mercedes-Benz is 120 pages long, so we are going to highlight some of the new innovations that the new S-Class is bringing to the segment. While the headlights are full LED with 56 diodes in each and the LED brake lights dim at night or while waiting at lights – to be kinder to the eyes of drivers behind, most of the technology can be found inside and underneath the car.

First, there were heated seats, and then came the cooling function as well. Now, even the armrests are heated. There is also ambient lighting throughout the cabin orchestrated by approximately 300 LEDs offering seven hues for the 5-star hotel feel. Two 12.3-inch high-resolution TFT screens replace a myriad of gauges in front of the driver, as well as the infotainment screen. The latter is controlled by a touch sensitive telephone keypad and rotary control button.

A new Speech Dialog system can handle entire sat-nav addresses being dictated, while the system will also read out texts or emails to the driver. A new Air Balance Package ionises and filters the air and emits five choices in fragrance. 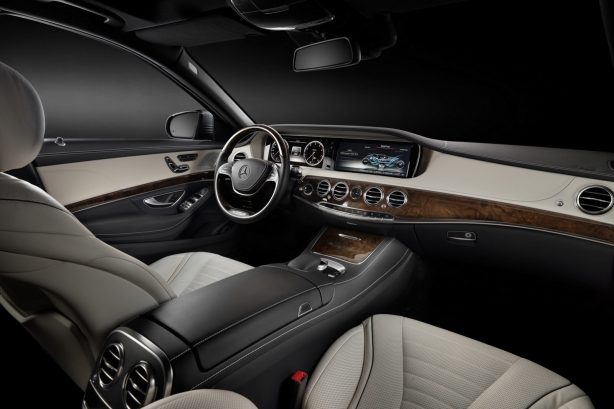 As with each of its predecessors, it is the safety and driver assist technologies that sets the S-Class apart from its competitors. There are cameras that monitor the road ahead and pre-adjusting the suspension to cope with changing conditions or imperfections – all on the fly.

There are also inflatable rear seatbelts where passengers now strap themselves into the bag instead of waiting for them to cushion on impact. 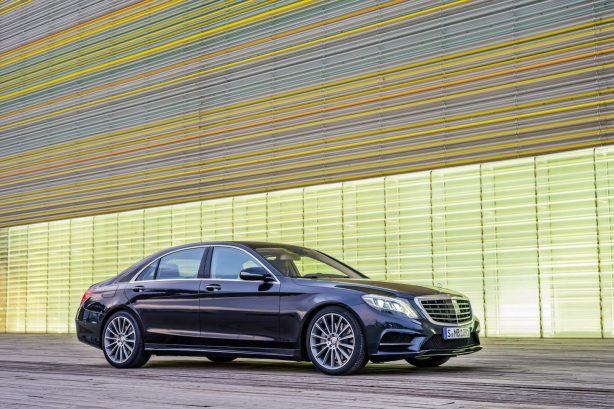 The S-Class’ all-new body is 50 percent more rigid than its predecessor’s. It is also 20mm longer, 28mm wider and 4mm taller than before, at 5,120mm for the standard wheelbase, and 5,430mm for the long wheelbase model. 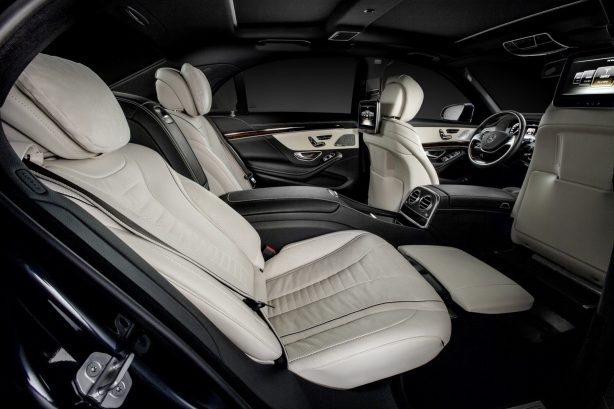 Despite measuring slightly bigger in all directions, the new S-Class is lighter than the previous model, thanks to a 50% increase in aluminium construction. 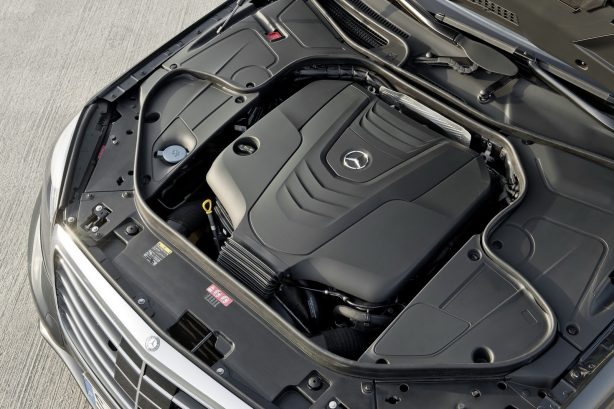 The other two variants are the diesels, and while the S350 is pretty straightforward, featuring a 3.0-liter diesel with 190kW/620Nm, it’s the other variant that’s the most interesting.

The six-generation Mercedes-Benz S-Class will arrive in Europe in the fourth quarter of 2013 and arrives in Australia in 2014.