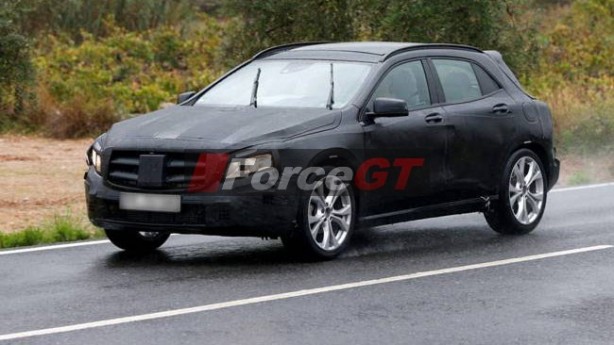 Earlier this year, Mercedes-Benz took the wraps off its Concept GLA, an entry-level crossover that will compete against the likes of the BMW X1, Audi Q3 and the very successful Range Rover Evoque. We now know that the company plans to bring the SUV onto the market later this year.

Now in its final stages of development, the A-Class based GLA has been caught by our friends with the long lens while out testing. From the spy photos, we can see Mercedes-Benz’s latest compact SUV borrows not just its platform, but also its design cues from the A-Class, especially the car’s facia. 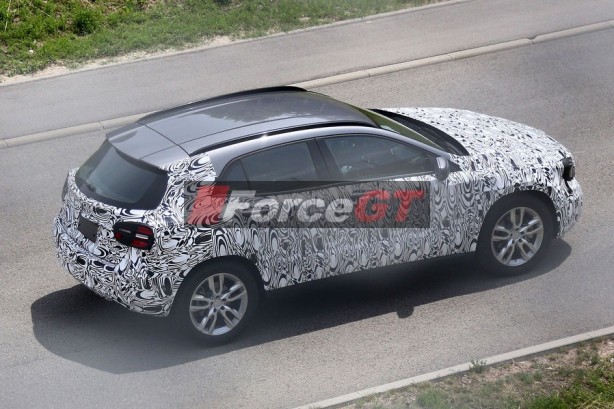 Its roofline arches slightly more than the A-Class and cascades quickly towards the rear, which again, sports a familiar design from the company’s hatchback.

Inside, the dashboard seems to have been carried over unchanged, except for the deleted gearshift lever on the centre console. We suspect it might have been replaced with a column shifter, which would be a shame. 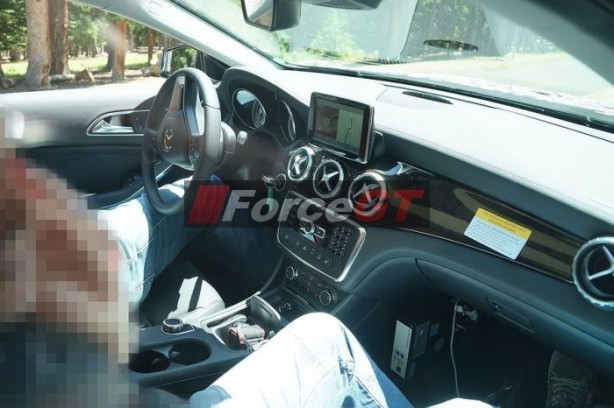 Engine lineup for the new GLA is expected to be lifted straight out of the Mercedes-Benz A-Class, with a 115kW/250Nm 2.0-litre turbocharged four-cylinder petrol mated with a seven-speed dual-clutch transmission forming the basis for the entry-level model. Like its rivals, most models will be front-wheel driven, with all-wheel drive offered on top of the range models, as well as an option.

An AMG version, likely to be badged GLA45 AMG, is also on the cards and comes with the same high-powered 2.0-litre turbocharged four-cylinder petrol with 265kW/450Nm as the A45 and CLA45 AMG.