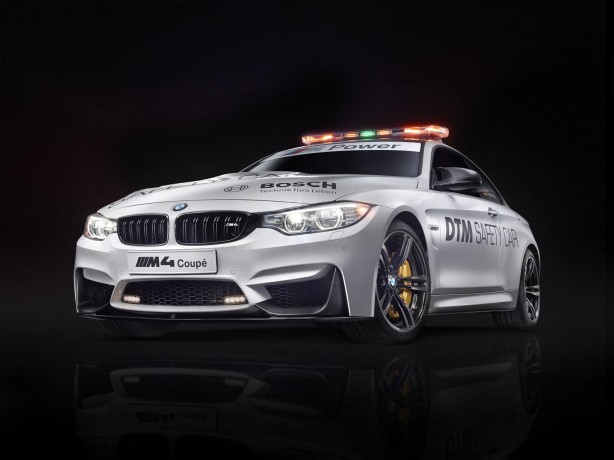 BMW Motorsport will not only field eight BMW M4 DTMs in the 2014 DTM season, but will also lead the 23 DTM racing cars around the circuits on the race calendar with the BMW M4 Coupé DTM Safety Car.

Having already assumed the role of Safety Car for the 2014 MotoGP season, the BMW M4 is once again selected to safely guide the DTM racing cars for its powerful drive train and superior handling in all weather conditions. The new BMW M4 Coupé Safety Car will make its debut at the Nürburgring round of the Championship in Germany on 17th August 2014. 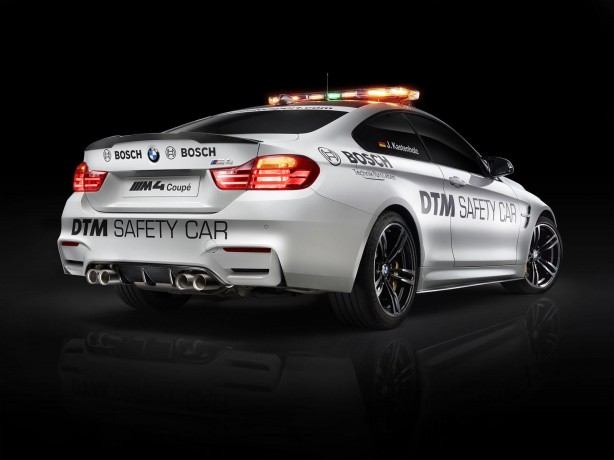 “Having decided to start the 2014 DTM season with a new challenger, in the form of the BMW M4 DTM, it was a logical step to have BMW M GmbH put together a BMW M4 Coupé DTM Safety Car,” said BMW Motorsport Director Jens Marquardt.

“To lead the DTM field out in style, the safety car itself must also be extremely sporty. The BMW M4 Coupé certainly provided us with the basis to achieve this.” 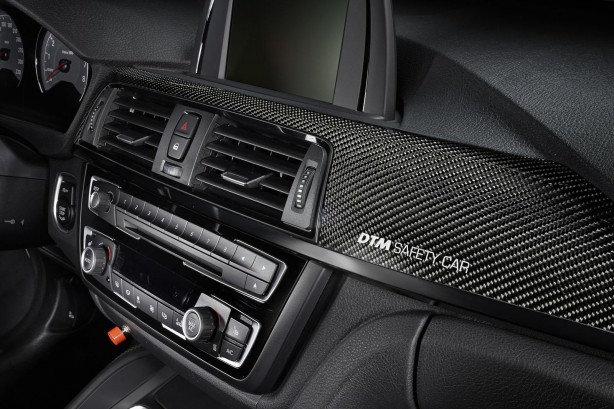 Back in late 2013 BMW’s M division started work on converting the a standard M4 roadgoing coupé to a safety car capable of taking a leading role in the DTM. The basic car was assembled at the BMW plant in Munich. From there, the BMW M4 Coupé went to the BMW M factory in Garching, where the assembly and modifications continued by hand. These included the technicians removing the rear seat of the car and installing a roll cage and Recaro racing seats with Schroth belts for its outings as a safety car. In addition, the car was also equipped with LED lights on the front apron, a radio communication system, LED lights on the roof and a special livery.