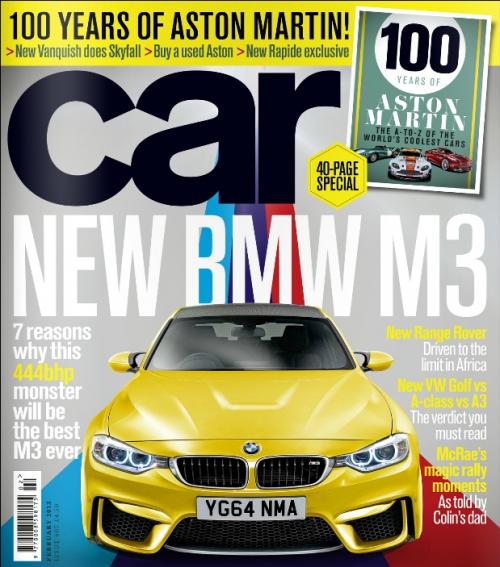 Meet the new 2014 BMW M3. According to CAR Magazine, this is the official image of the most powerful BMW 3-Series.

As reported previously, the sports sedan is set to be powered by a turbocharged straight-six engine putting out 331kW (444hp). The magazine said the new M3 will be mated with a 6-speed manual or a 7-speed M-DCT dual clutch transmission.

The new car will also be significantly lighter than the current model, courtesy of a carbon fibre reinforced plastic roof, aluminium doors, bonnet and boot lid. It is expected to tip the scale at less than 1,500kg (3,306 lbs).

The BMW M3 Concept is expected to be unveil at the Frankfurt Motor Show later this year. For full details, get a copy of CAR’s latest magazine.