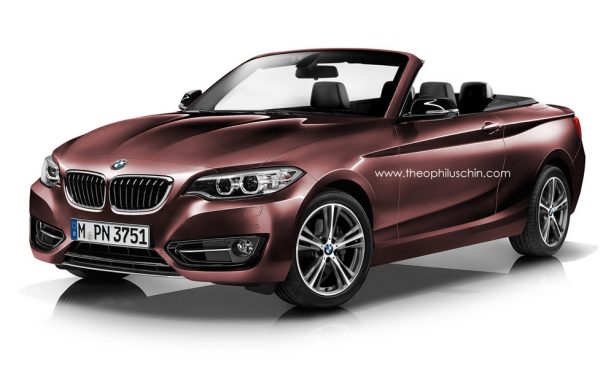 Only a week after the unveiling of the new 2014 BMW 2-Series coupe, new renderings of the convertible version have emerged, all thanks to this wonderful thing called “photoshop”.

The realistic depiction is courtesy of well known illustrator Theophilus Chin, who has taken the roof off the 2-Series coupe to give us a detailed rendering of the convertible, which we expect will launch in early 2014. 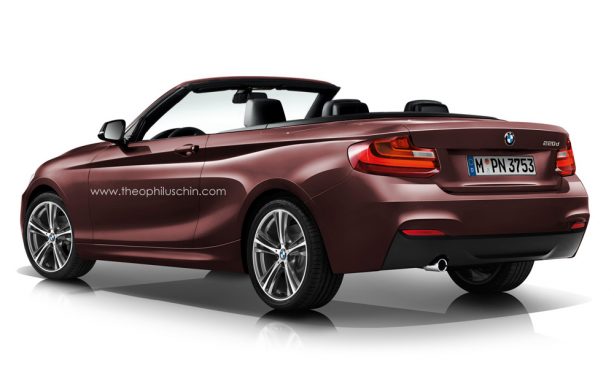 In Europe, the 135kW (184hp) 220d coupé and the 160kW (218hp) 225d coupé will also be available from launch. The range topping M235i coupé is powered by a turbocharged 3.0-litre in-line six engine with 240kW (326hp) and complete with M-specific tuning for its chassis coponents and aerodynamic optimsed body features. It will sprint to 100km/h from a standstill in 4.8 seconds (5.0 seconds for the manual).