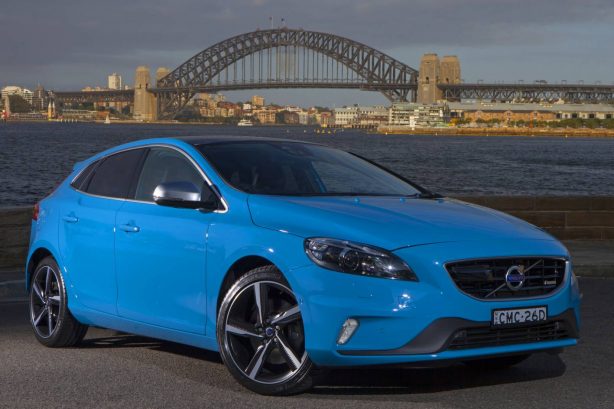 The smart looking V40 is the company’s first foray into the increasing popular premium five-door hatch segment. It is also a huge departure from previous Volvos in terms of design, sporting a sleek, cutting-edge design.

The V40 is available in four variants – the D2, D4, T4 and the performance oriented T5. Each model is powered by one of four different engines and is available in three main trim levels – Kinetic, Luxury and the R-Design. 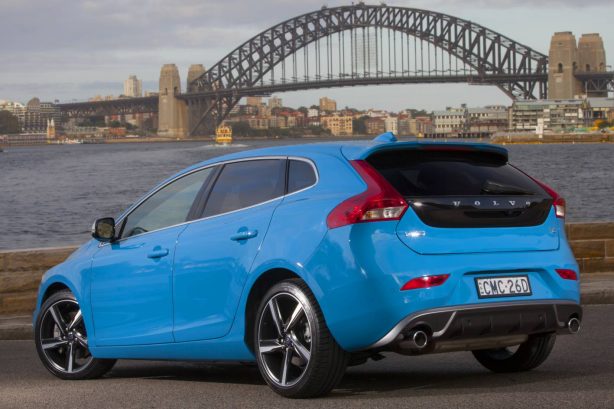 In terms of engine, the entry-level D2 is powered by a 1.6-litre turbo-diesel four-cylinder engine that produces 84kW and 270Nm. The manual only D2 does 0-100km/h in 11.9 seconds while fuel economy is a class-leading 4.2L/100km. Engine Stop/start technology is standard on all V40.

Next up is the D4, it comes with a 2.0-litre turbo-diesel four-cylinder producing 130kW and 400Nm. It sprints from 0-100km/h in 8.3 seconds when paired with the 6-speed Geartronic automatic transmission. Fuel economy is rated at 4.9L/100km. 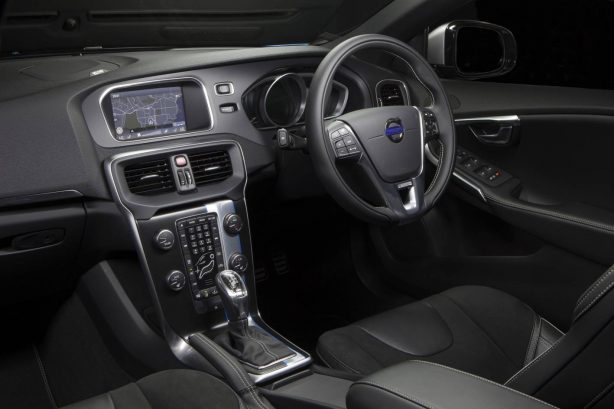 Stepping up to the T4 buys a 2.0-litre turbocharged five-cylinder petrol that produces 132kW and 300Nm. It dashes from 0-100km/h in 8.4 seconds while offering an average fuel consumption of 7.6L.100km.

Topping out the V40 range is the T5. It comes with a 2.5-litre turbocharged five-cylinder that generates a class-leading 187kW and 400Nm (overboost). Century sprint is done in 6.1 seconds and it returns an average fuel economy of 8.1L/100km. 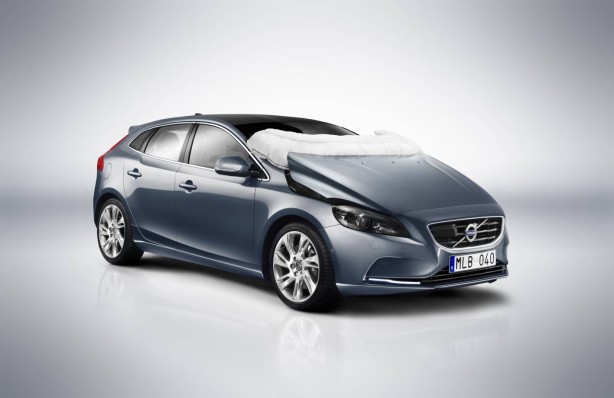 The headline act in the Volvo V40 is, of course, the world-first pedestrian safety airbag system. It deploys from the lower edge of the windscreen to reduce impact in a collision with a pedestrian. It is standard on all variants.

There is also the usual suit of smart safety technologies, like blind spot detection system, Cross Traffic Alert System which can detect cross-coming vehicles in a car park, and Volvo’s pioneering City Safety System which is now capable of monitoring the conditions ahead at speeds up to 50km/h, up from 30km/h in the first generation system.