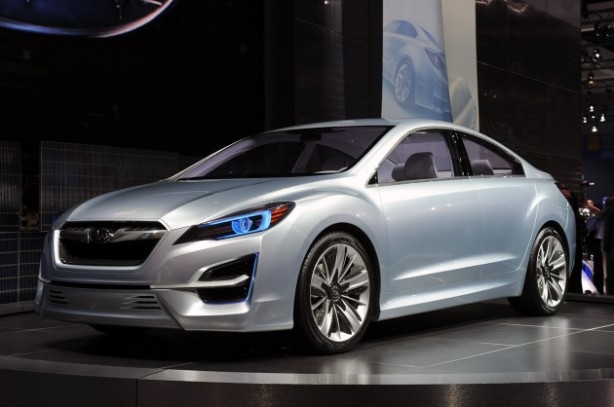 Subaru’s iconic new WRX, scheduled to be unveil in 2013, is rumoured to employ an efficient electric turbocharger.

As per our previous report, Subaru has decided to evolve the legendry WRX independent of the Impreza – a name that it will drop in its next iteration.

Subaru’s parent company, Fuji Heavy Industries, has been toying with the idea since 2007, when they first applied for a patent of such a setup. It is understood that the company has been performing a great deal of research and development ever since.

According to Performance Drive, Subaru is developing a system which captures the heat energy generated by the exhaust, and then turns that otherwise wasted energy into electricity to power the turbocharger. It is hope that the system will put an end to one of the bug bears of turbocharged engines – turbo lag.

A recent report by Drive has also speculated that the 2013 Subaru WRX, as it might be known, will feature a continuously variable transmission (CVT) for the first time. It would be interesting to see how this will perform. A traditional manual transmission will likely be offer as well.

The new WRX and STI are expected to launch towards the end of 2013.

Previous 2013 BMW M3 Sedan Speculatively Rendered…. AGAIN!
Next New Toyota Supra rumoured to be on the drawing board