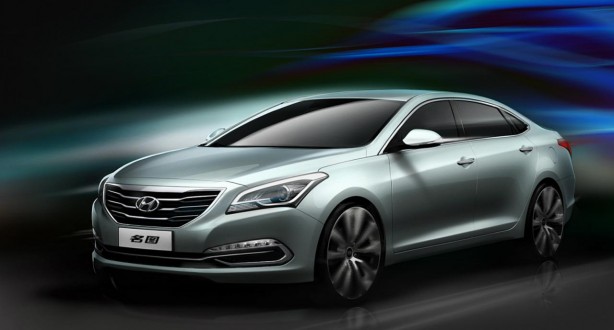 Hyundai has unwrapped the Mistra Concept the 2013 Shanghai Motor Show. The concept is a joint project between Hyundai Motor Group’s R&D Center and the Beijing Hyundai Technical Centre. It serves to preview Hyundai’s upcoming midsize sedan, due for release in the Chinese market later this year. 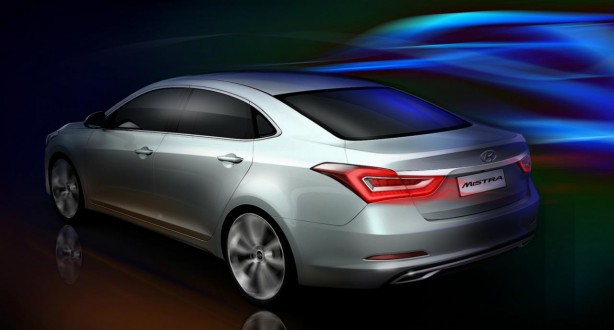 The Mistra Concept’s dimension suggests that the new midsize sedan will be built on a similar platform to the i40 sedan. The concept is 4710mm long, 1820mm wide, 1470mm tall, with a 2770mm wheelbase and rides on 19-inch alloy wheels. When launched in China, it will slot neatly between the smaller Elantra and the larger Sonata sedan.

“The Mistra Concept will be aimed towards young parents in their 20s/30s and to meet the diverse needs of the mainstream urban population,” according to Hyundai.

The Mistra concept, a joint project between Hyundai Motor Group’s R&D Center and the Beijing Hyundai Technical Centre, offers significant insight into the styling of the production version, which is scheduled to go on sale later this year.

A wide radiator grille gives a bold first impression, while unique fog lamps and a wide intake hole contribute to a stable image. The harmony among the long hood, sleek daylight opening side window and sloping side character lines complete an understated sporty profile. The voluminous rear bumper, with its two-tone colour, adds a sporty image, while the futuristic full-LED rear combination lamps give it a sophisticated look.

The source of inspiration for the name of this new upcoming strategic model, Mistra, is the beautiful city in the Laconia region of southern Greece where the ruins of the Byzantine Empire is located. Mistra signifies beauty, nobility and mystery. Its Chinese name, Mingtu, signifies integrity and quality, in hopes of presenting customers with a blueprint for a bright and successful future.

The Mistra was designed to meet the diverse needs of the mainstream urban population, providing them with even more comprehensive and diverse choices. Its main target customers are young parents in their 20s and 30s.