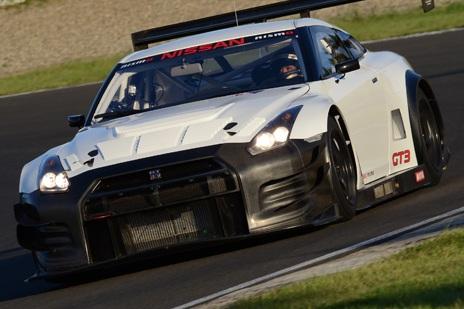 Nissan has unleashed the GT-R’s more athletic cousin, the 2013 Nissan GT-R Nismo GT3. Built for entry into the FIA GT3 race, this bad boy sports the same VR38DETT Twin-turbocharged V6 as the GT-R in a Nissan showroom near you.

However, it churns out 405kW (543hp) of power and 637Nm of torque, up from 390kW (523hp) and 612Nm respectively. The increased horsepower comes courtesy of a thorough re-setting of camshaft timing, with substantial reinforcement of the moving parts to guarantee durability.

Power is transmitted to the rear wheels, as mandated by FIA GT3 rules, via a six-speed sequential manual gearbox with semi-automatic paddle shift. The gear ratios have been optimised to consolidate the more powerful engine. 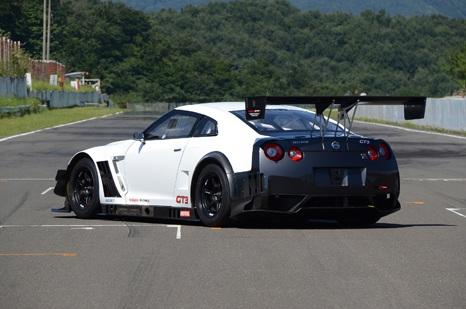 Aerodynamics also comes into play – canards were added to the front while larger louvers are found in the front guards. The positioning of the rear wing was also optimised.

The result is increased downforce and enhanced overall aerodynamics efficiency. The 2013 GT-R Nismo GT3’s suspension setting was also re-calibrated to accommodate both a greatly refine brake force distribution and the improved aerodynamics.

Nissan is currently working on an upgrade kit for the 2012 GT-R Nismo GT3 which was launched earlier this year.