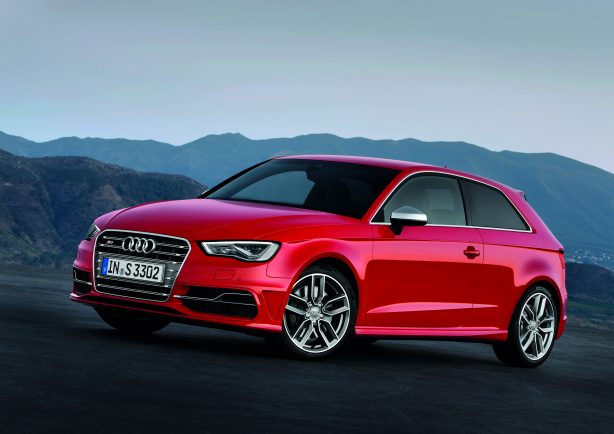 Audi has released the specification of the 2013 Audi S3 and it is looking like a cracker. The premium hot-hatch packs more power and technology, but with improved efficiency.

Powered by a brand new 2.0-litre four-cylinder direct injected turbocharged engine, it produces a potent 221kW of power, 33kW more than the current model, while torque is unchanged at 380Nm. The great news is the engine will not be detuned for our hot climate like the current generation!

Audi quotes 5.1 seconds to reach 100km/h from a standstill with the optional 6-speed S-Tronic dual clutch transmission, and 5.4 with the standard 6-speed manual. Top speed is, you guessed it, electronically limited to 250km/h. The new S3 is light on fuel too, averaging just 6.9L/100km when equipped with the S-tronic gearbox. 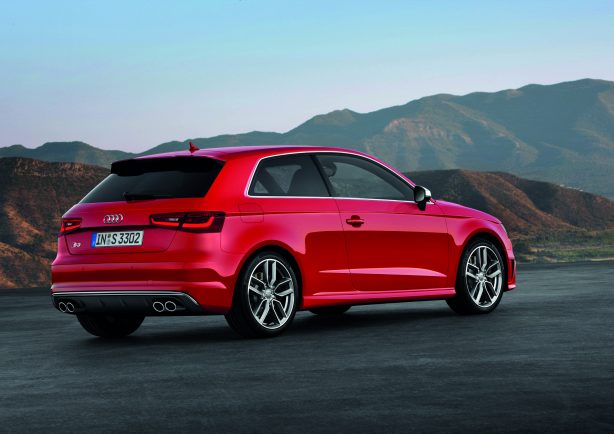 Audi says the new all-wheel drive S3’s handling is more precise than ever, thanks to better load distribution. The front axle has been moved 52mm forward and its new engine is 5kg lighter than before and tilted backwards by 12 degrees. Overall, the new car is 60kg lighter than its predecessor at 1395kg.

Outside, the A3’s insipid styling has been spruced up with a more aggressive front bumper incorporating a sportier grille, side skirts, purposeful quad-tipped exhausts and new 18” alloy wheels wrapped in 225/40 performance tyres.

Inside, a pair of highly bolstered sports bucket seats reaffirms the S3’s sporty nature, while the tachometer features a boost pressure indicator. Other features that set the car apart from the standard range include black headliner with contrast stitching, brushed aluminium pedals and grey instrument dials with white needles. 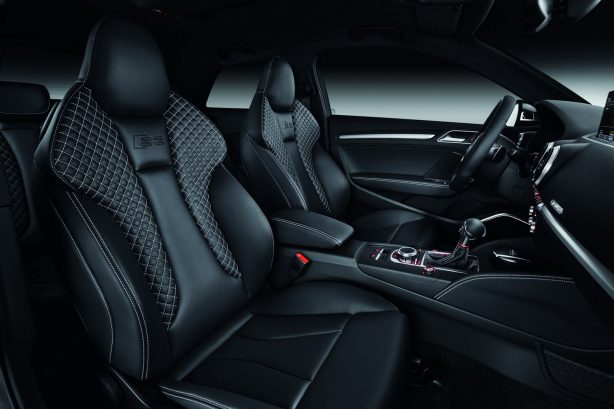 The new S3 also boasts a 7” power retractable monitor that facilitates all infotainment functions, including the Bang & Olufsen sounds system.

Available in 14 colours, including exclusive Panther Black and Estoril Blue crystal-effect finishes, the Audi S3 will make its public debut on 27 September in Paris, and arrives in Australian showrooms in early 2013.