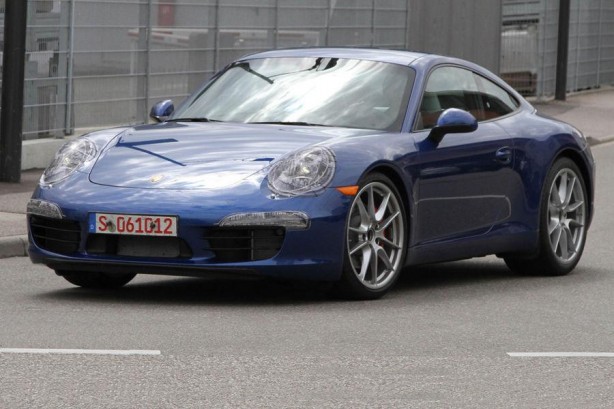 These are the first pictures of Porsche’s highly acclaimed new 911 with next to no camouflage, although you would hardly guess it’s the new model! Staying true to Porsche’s tradition of mimicking Mother Nature, the 911 has hardly changed since the first generation 356 911.

However, on closer inspection, it’s clear that the subtle changes all work together to make the new 911 sharper than before. There’s a slight evolution to the rear end with a pair of new rear lights and re-profiled bumper. 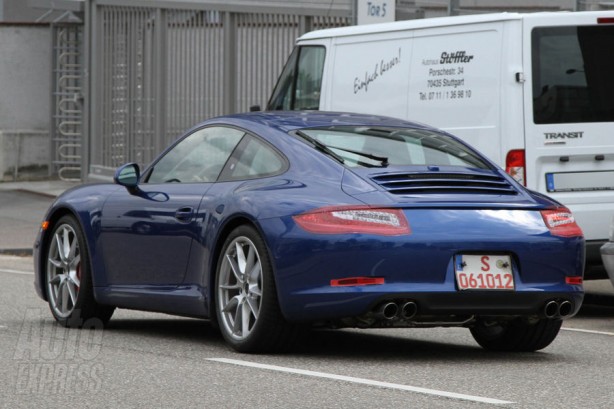 At the other end of the car, there’s a new look bumper, complemented by sharper and more oval shaped headlights inspired by the 918 Spyder concept car.

The bonnet opening has also been modified to give the car a more aerodynamic look. As with the latest range of Porsche vehicles, the side mirrors are now perched on the doors, rather than attached to the frame.

While the exterior design is evolutionary, the interior of the new 911 is where most of the hard work is evident. The centre console is clearly inspired by the Panamera with upgraded material and quality. The cabin will also be more luxurious and functional than the 997 911.

Under the bonnet resides the same engine range as that offered in the current 911 line-up. However, a new direct injection fuel system as well as stop/start technology has been added to improve fuel economy by as much as 12%.

The engines will be mated to either a standard 6-speed manual gearbox or Porsche’s optional 7-speed PDK dual-clutch unit. Porsche expect around 80% of buyers to tick the PDK option as with the current generation.

The new generation cars will continue to offer Porsche’s splendid PASM damper system, which allows drivers to choose between a series of different driving modes.

The new generation 911 will debut at the Frankfurt Motor Show in September.