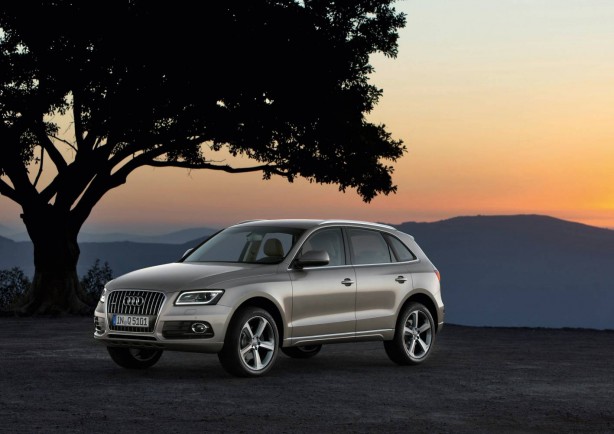 Audi has just launched its refreshed range of Q5 SUVs which are more powerful and efficient. There are five engine options: three diesel and two petrol engines, plus an all new hybrid. All engines are now equipped with a start-stop system. Fuel consumption is reduced by up to 15 percent.

The most efficient engine in the range is of course the 2.0 TDI. In its most economic state of tune, the diesel engine returns an average fuel consumption of 5.3l/100km (44.4mpg) and with a CO2 emission of just 139g/km. That means a driving range of up to 1,400km (870 miles) from its 75 litre fuel tank. Power is rated at 105kW (140bhp) and 320Nm of torque. The engine is paired with a manual transmission sending drive to the front wheels. 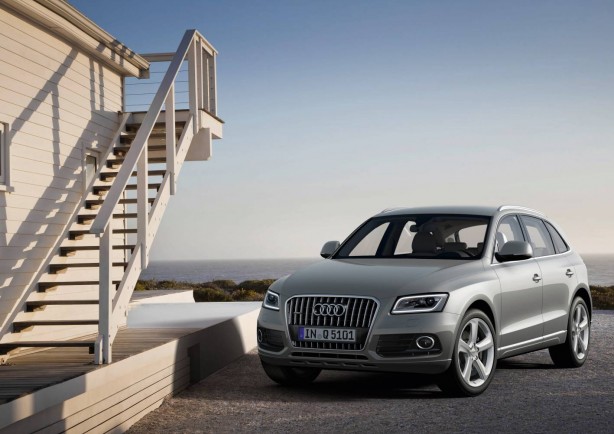 Audi has also made significant changes to the petrol engines. Highlights of new technologies found in the new 2.0-litre four-cylinder TFSI engine are innovative thermal management and fuel injection systems, turbocharger and integration of the exhaust manifold in the cylinder head.

New to the range though is the Audi Q5 hybrid quattro, the first hybrid model from the manufacturer. The parallel hybrid system is comprised of a 2.0 TFSI petrol engine with 155kW and 350Nm of torque as well as an electric motor with a peak output of 40kW and peak torque of 210Nm. Together, they produce a combined power of 180kW (241bhp) and 480Nm.

The Q5 hybrid is equipped with a highly modified 8-speed tiptronic gearbox with multi-plate clutch. The clutch engages and disengages the electric motor and the petrol engine. Battery power is stored in a compact and lightweight lithium-ion battery system with 1.3kWh capacity.

The hybrid can be driven in 3 modes: with just the petrol engine, just the electric drive or in hybrid mode via a button and with the tiptronic gear selection lever.

The updated Audi Q5 now comes with a new electromechanical power steering which does not consume any energy in straight-line driving, thus reducing fuel consumption by about 0.2l/100km. 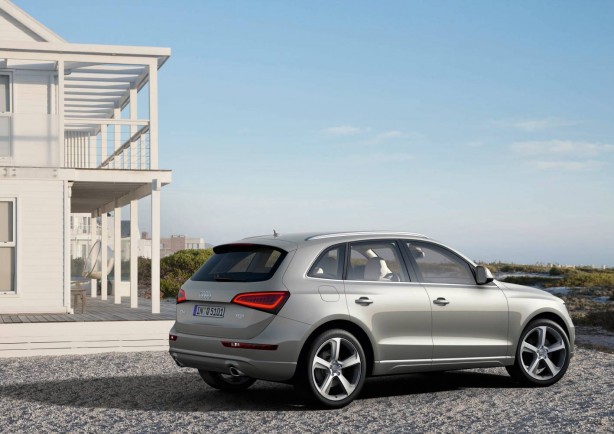 It also heralds in a new feature call the Audi drive select system. It lets the driver vary the characteristic of the accelerator pedal, the shift points of the automatic transmission, amount of power steering assist and operation of the automatic air conditioning system via four modes, including an efficiency mode. A fifth mode that is largely user-programmable is added when an Audi navigation system is ordered.

On top of that, three optional components may be integrated in Audi drive select. They are adaptive cruise control, chassis with damping control and dynamic steering, where the steering gear ratio is adjusted as a function of vehicle speed via a harmonic drive system. At performance limits in driving through curves, it compensates for understeer and oversteer by intervening with slight steering pulses.

Although the majority of Audi Q5’s would never be taken beyond the urban jungle, it is mildly capable on rugged terrain. Its maximum climbing angle is 31 degrees. The vehicle’s approach and departure angles are each 25 degrees, while its ramp angle is 17 degrees. The SUV’s ground clearance is 20cm (7.87 inches).

Outside, the new Q5 gets refreshed corporate grille, new headlights design with the LED daytime running lights that wraps around the headlights and modified front bumpers with integrated air inlets and chrome fog lights surround. 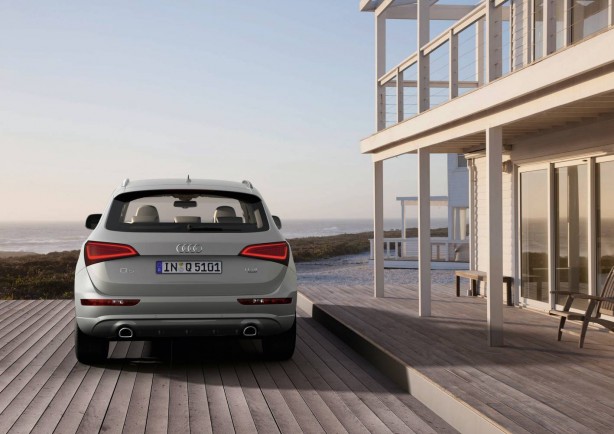 The new Audi Q5 is scheduled to hit showrooms in the next few months with pricing to be announced closer to launch.

Previous A Glimpse Behind the Development of the Subaru BRZ
Next HKS Premium Day: Garage G-Force Evo X