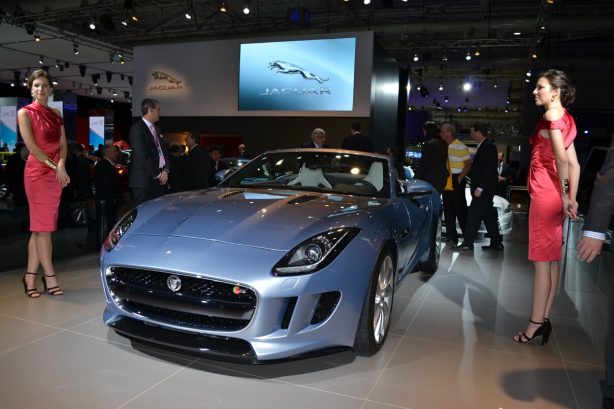 Jaguar has pulled the cover off its all-new sports car, the F-TYPE at the 2012 Australian International Motor Show in Sydney today. The unveiling of the Jaguar F-Type is its second reveal in the world and first in the Southern Hemisphere.

The F-TYPE will be first released as a convertible only with a choice of three petrol engines – 250 kW and 280 kW versions of Jaguar’s all-new 3.0-litre supercharged V6 and a new derivative of its existing supercharged 5.0-litre V8.

All three variants of the Jaguar F-TYPE will be rear-wheel-drive with an eight-speed-transmission and equipped with Stop/Start technology.

“The all-new F-TYPE is guaranteed to amaze the world’s automotive industry and its unveiling is certainly a momentous occasion in Jaguar’s illustrious history,” said Russ Tyrie, Show Director.

“As Jaguar have stated, the F-TYPE will break new ground by delivering stunning sports car performance while demonstrating its cutting-edge engineering technologies and world-class design excellence.

“We are honoured and excited that the 2012 Australian International Motor Show has been selected as the platform for the second official world unveiling of the all-new Jaguar F-TYPE convertible.”

The F-Type’s unveiling signals Jaguar’s return to the sports car market. Joining the F-Type at the Motor Show are the 2013 models of its XF and XJ, making 2012 Australian International Motor Show one of their biggest local shows ever.