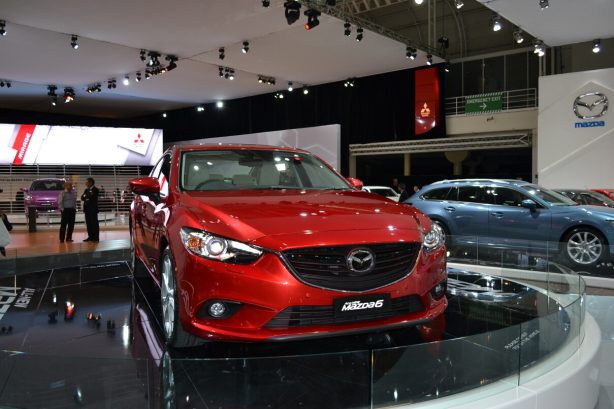 The all new Mazda6 bows in at the 2012 Australian International Motor Show in sedan and wagon style. The popular Mazda6 is the first Mazda vehicle in Australia to adopt the company’s full range of SKYACTIV Technology.

Inspired by the stunning Takeri Concept that was shown at the Tokyo Motor Show in December 2011, it features the company’s corporate grille with its signature wing that extends into the headlight cluster. The decidedly handsome mid-sizer from Mazda also heralds in a suit of new environmental technology usually found on more expensive cars.

The Mazda6 is expected to be one of the most fuel efficient vehicles on the market when it goes on sale later this year. As well as being the first Mazda model to adopt the “i-ELOOP” brake energy regeneration system, the all-new Mazda6 also features “i-Stop” idling stop system. This system boasts a class-leading engine re-start time of 0.35 seconds. 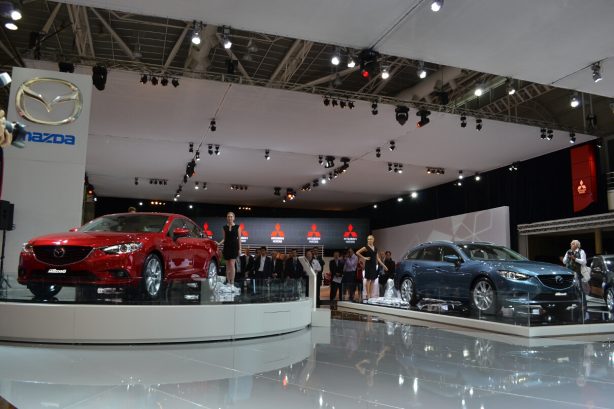 Inside, the new Mazda6 is large in almost every dimension compared to the outgoing model. Shoulder room at the front is 20mm wider at 1,450mm, while at the back there is an extra 37mm of legroom in the sedan and 8mm in the wagon.

Pricing will be announced closer to launch.

Mazda has confirmed its much-lauded 2.5-litre turbocharged four-cylinder petrol will find its way into the …