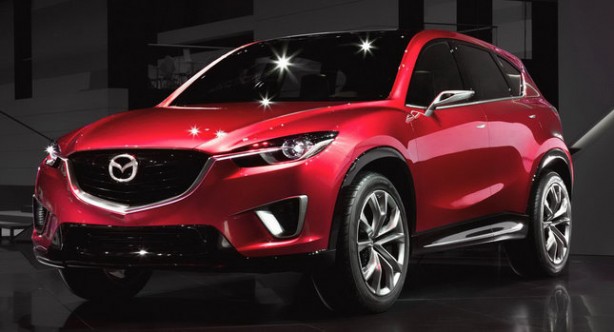 I can’t deny that I am a big fan of Mazda’s design. From the Nagare to the new Shinari, there is a sense of adventure, cohesion and flare to Mazda’s design. They are the trendsetter in Japanese design if you will. With cars coming out of Japan looking more and more like washing machines on wheels, Mazda bucks the trend with its standout designs.

It comes as no surprise then that the latest compact SUV concept from Mazda embodies all of Mazda’s new design language – the Kodo. Unlike last year’s Shinari Concept, the Minagi Concept looks close to production ready. 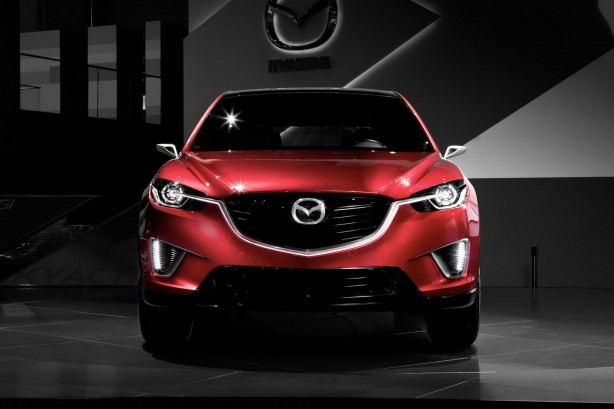 The face of the car shares the Shinari’s large five point grille, outlined by a chromed “signature wing” that extends through the headlights, giving the car an undeniably aggressive look. One can also see a hint of the Nagare design blending in perfectly with the sculpted form demanded by the Kudo in the silhouette of the car. The car looks sleek and tout, with a powerful rear end.

“I wanted to convey something different from the Mazda Shinari. I felt a compact crossover SUV was the perfect vehicle to express agility and focused movement the flexibility of four limbs moving in unison, and an upright posture,” said Masashi Nakayama, the designer of the crossover concept.

Inside though, is more show car than reality. Mood lighting around the speakers surround and centre stacks is unlikely to make production, along with the Ipad inspired touchscreen systems at the front and rear. However, the driver centric cockpit is a good pointer to Mazda’s future interior design direction. The design of the instrument panel has sporty touches, such as the round chronograph-like clocks or the three-spoke steering wheel.

No information were given on the technical side by Mazda, other than the concept incorporates the next-generation of powertrain and chassis technologies, reunited under the SKYACTIV name.