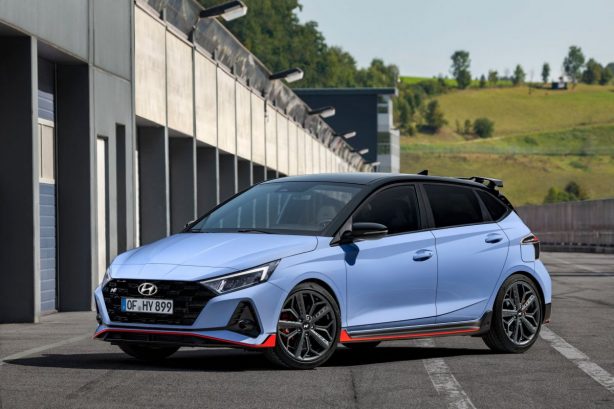 Hyundai has taken the wraps off its 2021 Hyundai i20 N hot hatch ahead of its Australian debut in the first half of 2021.

While we won’t know the pricing until early next year, it is estimated to sit between $30,000 and $35,000, placing it smack bang in the price bracket of its rivals above. 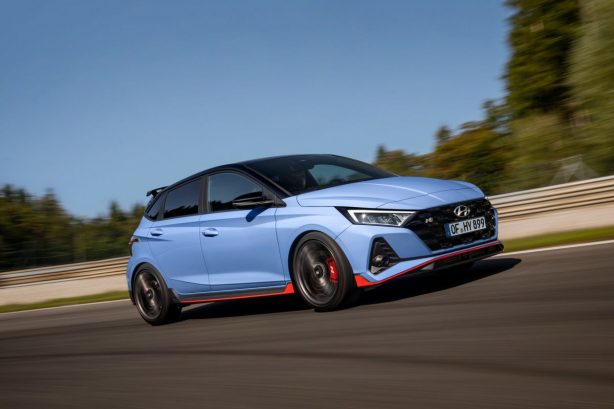 Powering the i20 N is a 150kW/275Nm 1.6-litre turbocharged GDi engine paired with a six-speed manual transmission, and a mechanical limited-slip front differential.

Weighing in at just 1,190kg – the same as the i20 Cope WRC rally car – the i20 N will dash from 0 to 100km/h in a respectable 6.7 seconds with Launch Control, which matches the claim for the VW Polo GTI with a six-speed dual-clutch transmission. 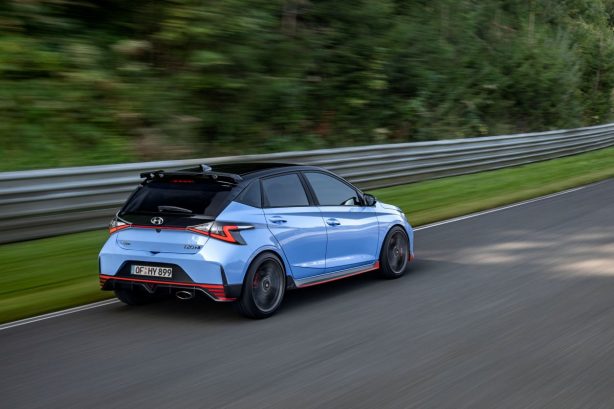 The engine is found in Hyundai’s other models but has been tweaked for the i20 N, including a bespoke turbocharged and intercooler system. The company has also given the engine its Continuously Variable Valve Duration (CVVD) technology.

Like the i30N, its smaller brother is also equipped with a host of driving modes, including Normal, Eco, Sport, N and N Custom. N Custom enables the driver to tailor the engine response, transmission, rev-matching function and variable muffler control to their tastes.

Compared to the regular i20 (which isn’t coming to Australia), the i20 N features reinforced chassis at 12 different points. The suspension is equipped with reinforced front domes and knuckles with a distinct geometry, while camber has also been increased. It is also fitted with a new sway bar, new springs, new shock absorbers and larger brakes. 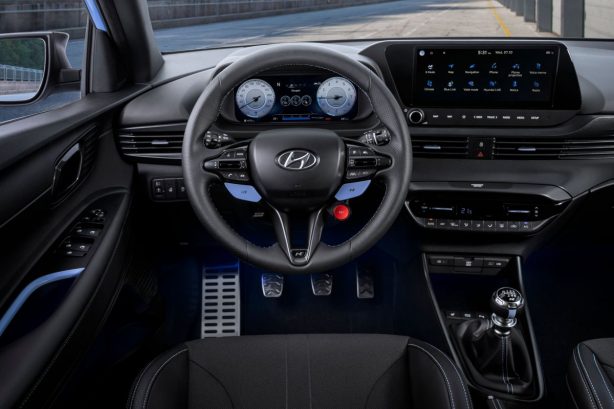 Its 18-inch lightweight alloys are shod with Pirelli P Zero tyres developed specifically for the i20 N with a unique ‘HN’ code on the side wall to denote Hyundai’s N division.

Inside, there is a pair of sports seats, black roof lining, a digital instrument cluster and a 10.25-inch high-resolution infotainment screen with Apple CarPlay and Android Auto.