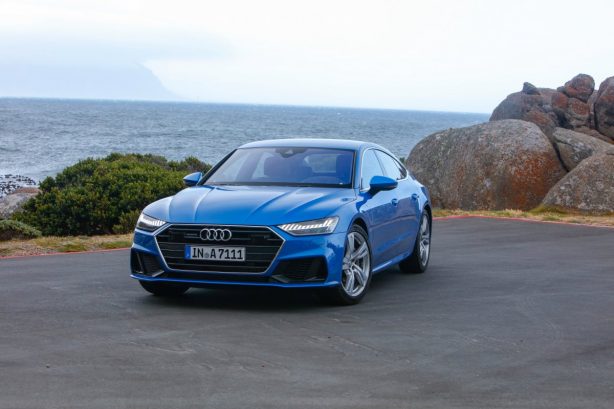 The all-new second-generation Audi A7 Sportback will arrive in Australia in November bringing considerably more equipment than its predecessor priced from $131,900 plus on-road costs.

The new A7 Sportback boasts more aggressive styling than its predecessor. The wider three-dimensional Singleframe grille accentuates the width of the car, flanked by HD Matrix LED headlights with their own distinctive light signature. Large air intakes on each side of the grille increase the front-end’s powerful stance, which is mirrored in muscular guards, a nod to the brand’s quattro DNA. 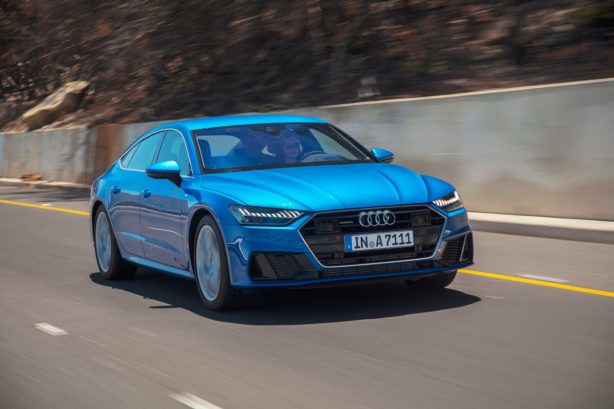 Viewed from the side, the A7 Sportback’s long, sweeping silhouette is reminiscent of a sports coupe, while the wide, elegant rear end is accentuated by integrated tail lights running the full width of the car.

The same feeling of clean sweeping lines and elegance carries on into the A7 Sportback’s interior which has been completely redesigned.

Forming a central theme within the A7 Sportback interior is the new MMI touch response operating concept. The dual touchscreens (10.1- and 8.6-inch) are seamlessly integrated into the dashboard design, replacing the myriad individual controls. Complete with haptic and acoustic feedback as well as handwriting recognition, the operating concept also features voice control that interprets and acts upon natural speech commands. 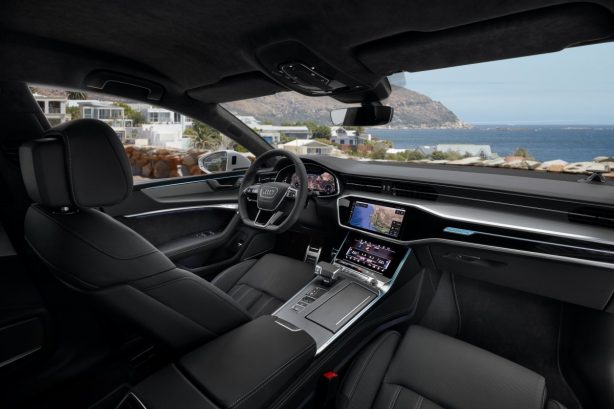 All engines deliver their power to the road via the Audi quattro all-wheel drivetrain.

Delivering fuel savings of up to 0.7 litres per 100km, the new V6 engines are equipped with mild-hybrid technology that employs a belt alternator starter (BAS) and a compact lithium-ion battery with a 10 Ah electrical capacity. The set up allows the A7 Sportback to coast at speeds between 55 and 160km/h with the engine off. This new 48-volt system functions as the car’s main electrical system and allows power recuperation of up to 12kW plus start-stop operation from 22km/h.

With quattro all-wheel drive and progressive steering as standard across the range, the A7 Sportback delivers grip and handling to match its performance, while the adaptive suspension’s settings provide a cushioned ride or firmer, dynamic feel depending on the conditions and the driving style.

The all-new Audi A7 Sportback boasts a suite of safety equipment and driver assistance systems as standard equipment, including:

In addition, all V6 variants come standard with: