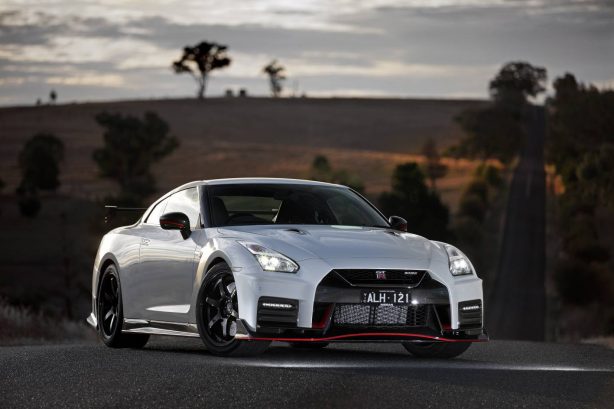 The Nissan GT-R Nismo has arrived in Australia as the pinnacle of the revered GT-R model range. Bearing the name of Nissan’s motorsports and performance group – Nismo, an abbreviation of NISsan MOtorports – the GT-R Nismo joins the recently updated 2017 GT-R Premium and GT-R Track Edition models.

Lobbing a significant $110,000 premium over the standard GT-R, the $299,000 plus on-roads GT-R Nismo draws on Nissan’s long standing motorsport heritage and was inspired by a Nismo-prepped GT-R racecar that competed successfully at the 2012 Nurburgring 24-hour endurance race in near-production form. Subsequently on 30 September 2013, a “time attack” GT-R Nismo lapped the Nurburgring circuit in 7 minutes, 8.679 seconds, which Nissan claimed was a new record for a volume production car. 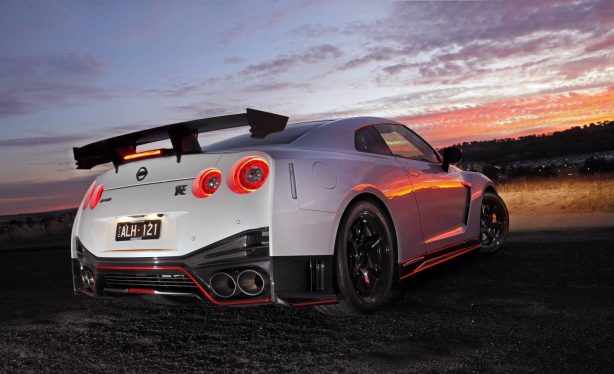 While the extensively revised 2017 Nissan GT-R places an emphasis on balancing speed with everyday driveability, the GT-R Nismo’s main focus is on performance. Under the bonnet, the 3.8-litre V6 VR38DETT engine has been tweaked to produce 441kW at 6,800rpm and 652 Nm of torque from 3,600rpm-5,600rpm, an increase of 22kW and 20Nm compared to the standard GT-R. It’s paired to a six-speed dual clutch transmission and all-wheel drive. 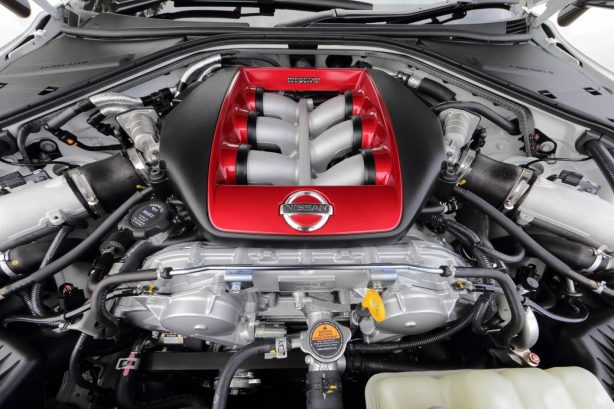 The springs and custom-developed Bilstein DampTronic dampers in the front and rear suspension are specially tuned to deliver improved grip levels and progressive handling response at the limit, says Nissan. Three suspension modes can be selected: Comfort, Normal and R, for circuit applications.

Additionally, large high-rigidity bolts are used to increase stiffness of the wheel-hub attachment area. To minimise body-roll during cornering and changes of direction, the GT-R Nismo features a 17.3 mm hollow rear anti-roll bar (15.9 mm in other GT-R models), which raises roll stiffness. 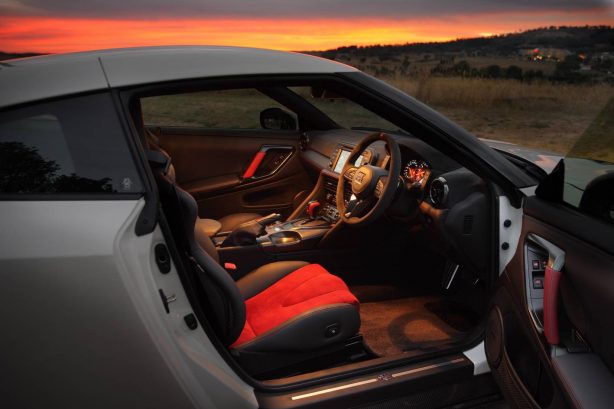 The Nismo supercar can be differentiated by new front and rear bumpers, side skirts and a large rear spoiler that contribute to increase downforce by more than 100kg at 300km/h. Inside, noticeable upgrades include an Alcantara-wrapped steering wheel with red centre mark and red stitching, instruments with carbon-like finish and the red tachometer.