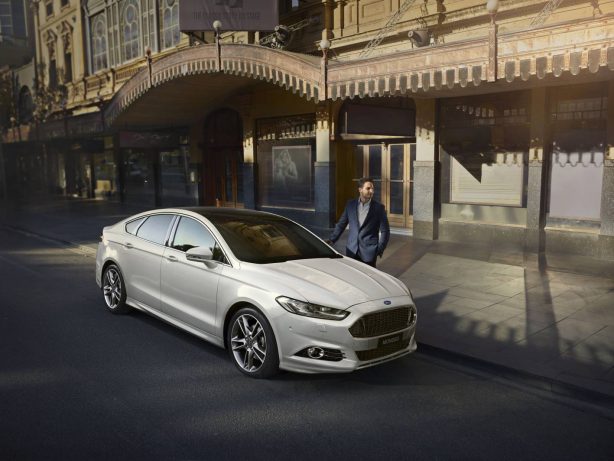 Ford has given its 2017 Mondeo a sharp new look and revised equipment levels across the range, including Autonomous Emergency Braking (AEB).

Most prominent will be the flagship Titanium’s bold new 19-inch alloy wheels. Replacing the current 18-inch alloys, the fresh five-spoke design will see lower-profile 235/40 Continental tyres to give the Mondeo a more aggressive athletic look. 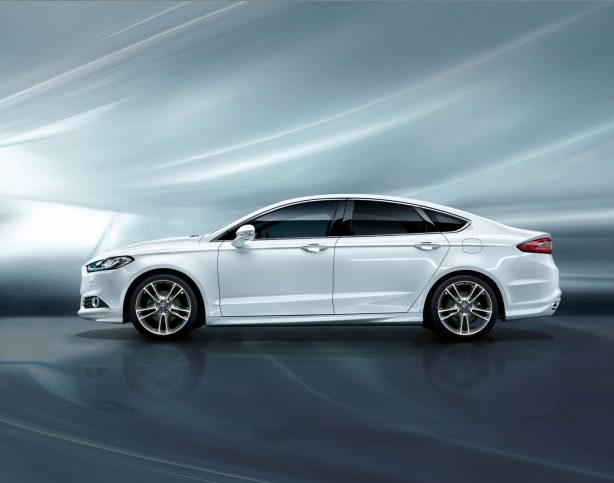 “The new wheels not only help the visual balance of Mondeo, but work in conjunction with the body’s elegant lines for a premium yet sporty appearance. It’s a slick combination.” 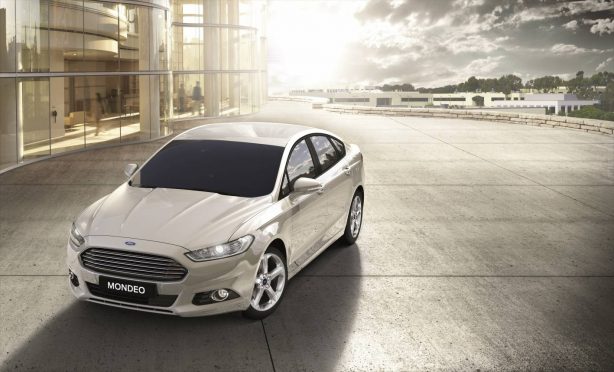 The Mondeo Trend also receives its own bold new 18-inch five-spoke alloys, replacing the previous 17-inch versions, and are fitted with a lower profile tyre measuring 235/45 on 8.0-inch wide wheels. 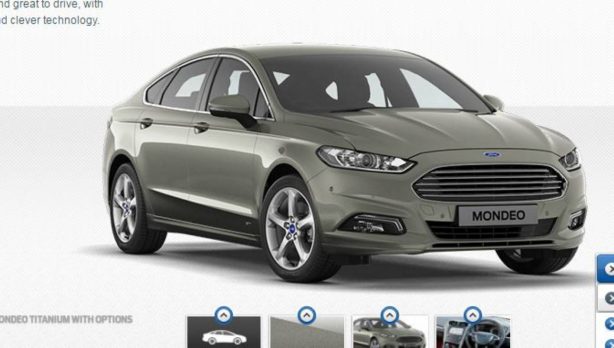 Along the visual updates, the 2017 Ford Mondeo also brings a new ‘Metalicious’ colour.

“The new shade, ‘Metalicious,’ is a warm tinted clear-coat silver with a high degree of colour flip and sophistication that accentuates the beautiful forms of Mondeo,” said Willing.

Inside, SYNC 3 is now standard across the range. It features a faster processor, conversational voice recognition with Australian accent-specific calibration, smartphone-like touchscreen and easier-to-understand graphical interface.

Ford says sales of the Mondeo have improved in 2016, achieving a year-on-year increase of 47 percent. In 2017, the Mondeo continues to appeal to Australians, with its 9.3 percent segment share greater than that of rivals, including the Volkswagen Passat and Subaru Liberty.

The 2017 Ford Mondeo is on sale now from $33,190 for the entry-level Ambiente hatch, excluding on-roads.