On the surface you’d be hard pressed to initially distinguish these two from one another as they each tick all the boxes needed for a capable dual cab 4×4 ute. Spend some time and dig a little deeper below the surface and you’ll see that even though they’re both built to do the same job, they each tackle that challenge with their own unique style. 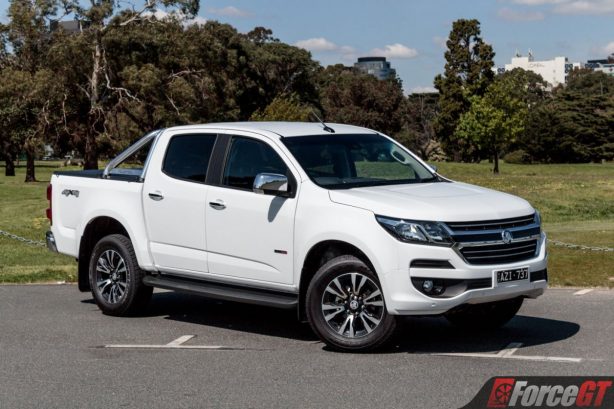 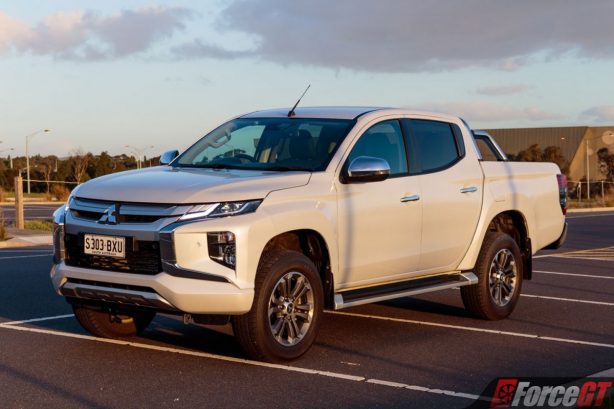 The Colorado has been a common sight on the roads for a while now and its styling has weathered the test of time nicely. Holden has opted not to change things around drastically pursuing an evolution of the original design instead.

The same can’t be said for Mitsubishi as the recently facelifted Triton scores a fresh new look that departs from the prior model with bold modern styling that could almost be too modern. No one can tell if it’ll still draw the eye in four years but right now it does and for that reason it edges out the Colorado in the looks department. 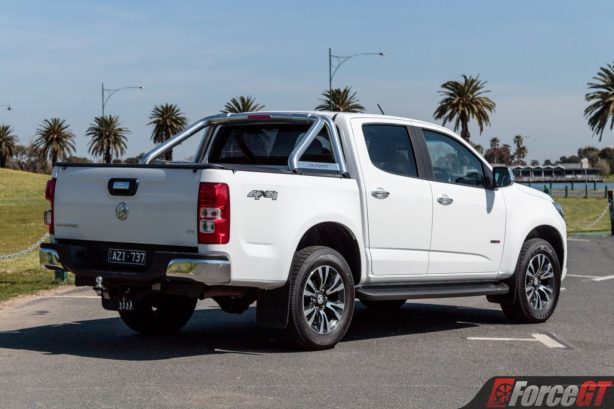 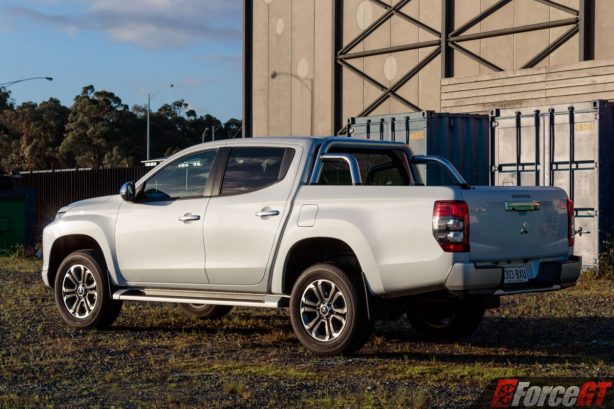 It’s on the inside that these two split off into two very different styles. On one hand you have the Colorado and its interior that seems like it was meant to be man handled due to its giant chrome gear shifter, large wheel mounted buttons and simple control layout. It doesn’t try to do anything clever, rather sticking to tried and tested design allowing easy access to everything you need.

There’s absolutely no mistaking what type of vehicle you’re in when planted in the drivers seat of the Colorado, it never lets you forget that its a ute which is not a compliment. There’s compromises galore in here starting with the seating position which never quite hits that ideal comfort spot no matter how much you adjust things. The overall build quality also feels lacking with controls not feeling as tight as they could be and there’s no shying away from the use of hard plastics throughout. 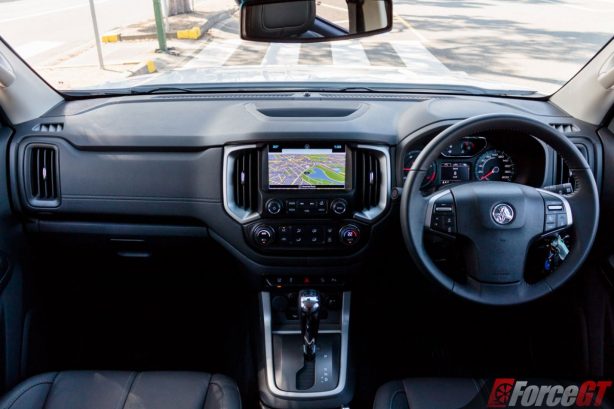 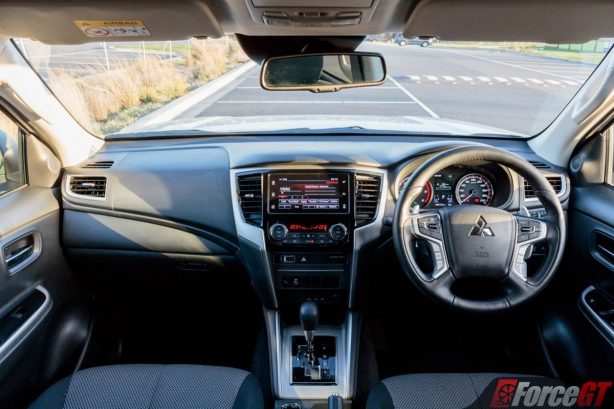 You won’t find any blatant cost cutting from the Mitsubishi camp when it comes to the Triton’s interior, the cheap and simple approach is done away with for a more refined design. Thanks to the inclusion of a reach adjustable steering column it takes little effort to dial in a comfortable driving position, ergonomics matter and many other utes could learn a thing or two from Mitsubishi here.

Controls inside feel tight and precise the overall build quality beats out the Colorado. Passengers will also prefer the Triton thanks to the roof mounted air vents and USB charging ports sprouting out the back of the centre console where the Colorado’s rear passengers score neither and only have the single 12V outlet available to them.

Holden isn’t shy about giving their cars some extra grunt and the Colorado is no exception. The 2.8-litre turbo diesel is good for 147kW @ 3,600rpm and a mighty 500Nm of torque from 2,000rpm. In contrast the Triton’s smaller 2.4 litre turbo diesel provides 133kW @ 3,500rpm and a still respectable 430Nm of torque from 2,500rpm. On paper those figures look relatively close but when driving it makes a world of difference.

Power in the Colorado is available right away when you need it surging the car forwards on a wall of fat torque, the Triton’s smaller engine has you work for it needing higher revs to reach the power and torque. The abundance of power enables both a higher towing capacity and payload for the Colorado and for any offroad work I’d prefer that extra grunt under my right foot to help with tricky situations. 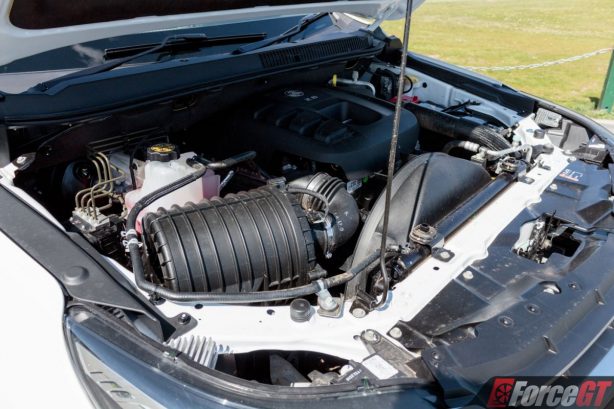 There’s a cost to the additional power in terms of economy figures and the Triton has the edge on the Colorado here hitting a best of 6.3L/100km on the freeway and 9.0L/100km around town where the Colorado managed a more thirsty 9.3L/100km overall. Even so the extra cost is worth it and the Colorado scores back some points here. 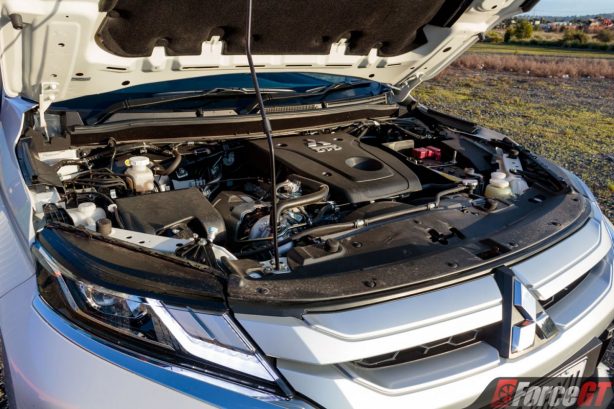 Striking the right balance between off road capability and day to day comfort is no easy feat. Both Holden and Mitsubishi have differing opinions on what that balance is. The short of it is that the Colorado sacrifices day to day comfort and control on the tarmac for improved offroad performance. The extra roll and slower steering rack show their merit when the black stuff runs out and you need to soak up all the bumps and shunts. The brakes have also been focused for a more offroad oriented environment, the longer pedal travel allowing more finesse and control. 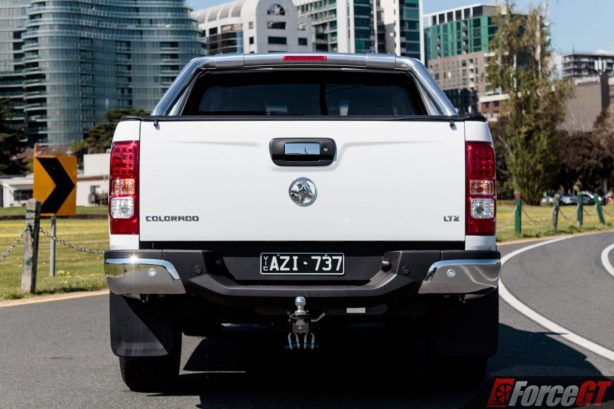 With the Triton things are focused more on delivering superior day to day comfort and control, the roll is noticeably reduced and the quicker steering rack has you feel more in control. It’ll still make mince meat of any bumps that get in its way but the tighter steering, accelerator and brake pedal limit the fine control needed for some of the tougher off road sections you may face.

Given that I’d most likely be spending the majority of the time in the urban environment I’d lean more towards the Triton however those with a greater emphasis on all things offroad may prefer the Colorado, it’s a tie. 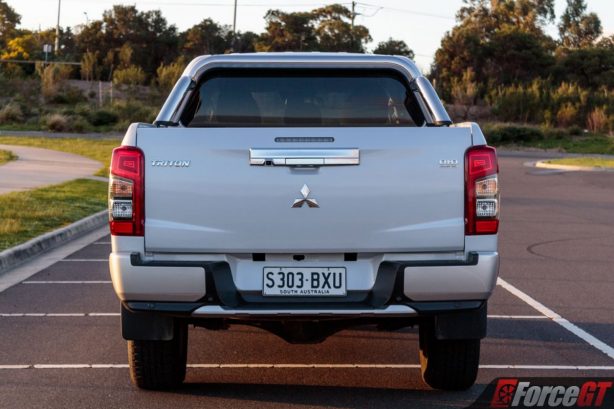 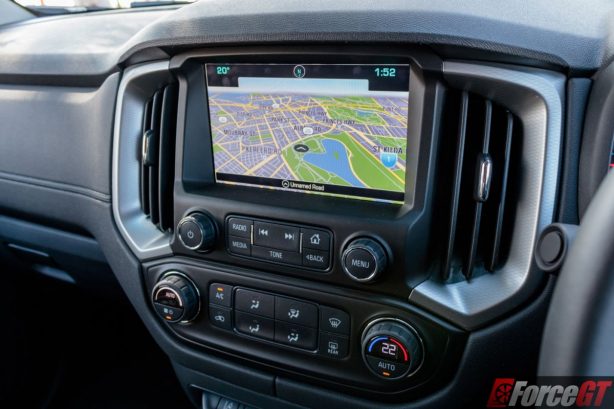 The Colorado scores a few toys that are missing from the Triton in the form of a 7 (rather than 6) speaker stereo which puts out better quality audio with more volume to boot. Also included is GPS satellite navigation, alarm, rollover stability, sump guard, LSD, tonneau cover, tyre pressure sensors and remote start. 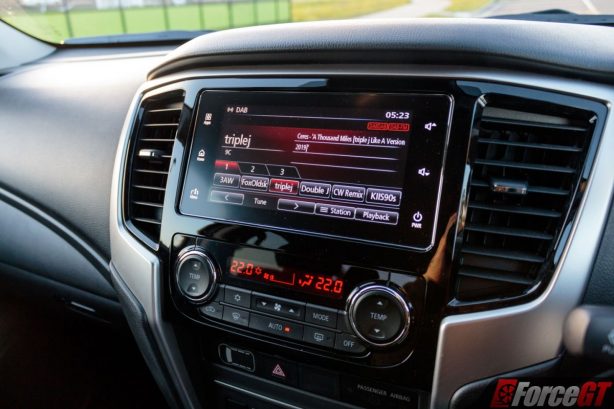 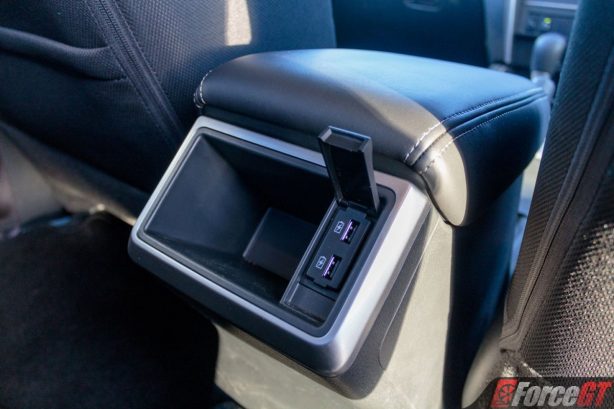 The lack of GPS sat-nav in the Triton is a sore point of contention as the infotainment system can read out your actual GPS coordinates, they just never installed the software to make use of that info. Also missing is a tonneau cover which if purchased uses the same slow and cumbersome push and clip system to secure itself (the same as the one included in the Colorado), rather than the simpler and superior elastic loop system found in other models.

Back in the Colorado you’ll be finding the lack of proximity entry and start to be a burden while passengers in the back gain no ventilation and just a single 12V outlet for their entertainment needs.

It’s a close fight between the two of them however the increased safety focus and convenience features of the Triton have it take a few more points here. 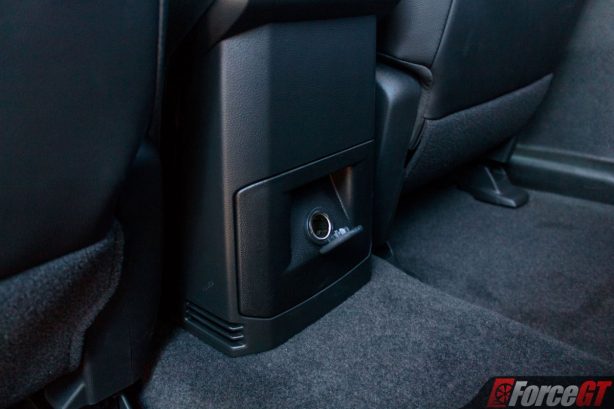 Picking a winner from these two isn’t as simple as looking at the numbers and going with that, it really comes down to what you intend to do with them.

If towing and getting dirty offroad is your life mission then the Colorado has a clear edge over the Triton thanks to its more capable engine and offroad focused suspension setup. You’ll be able to tow more and go further which makes the Colorado a worthy addition to your garage.

However if you expect to get more out of your ute on a day to day basis where comfort, convenience and safety become crucial factors then it’s the Triton that’ll be winning you over thanks to its more well thought out interior design and extensive feature list. 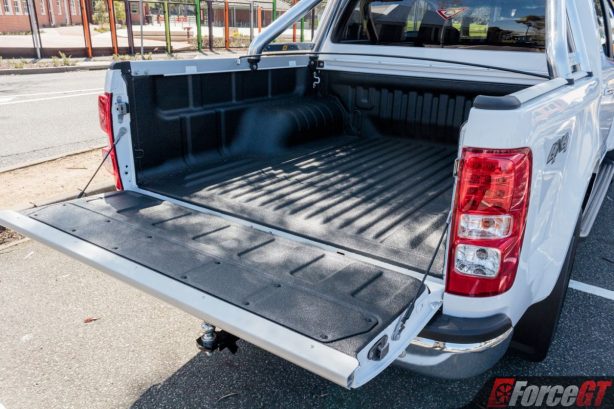 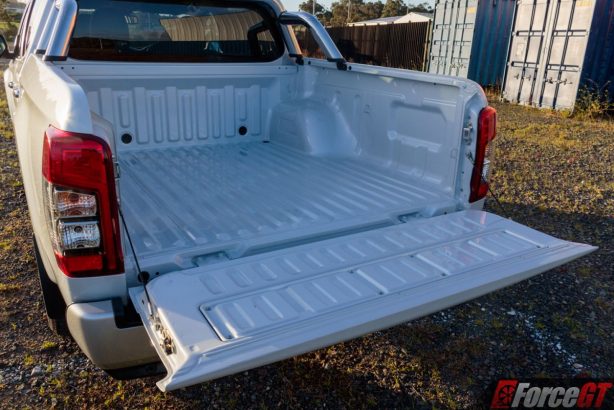