Honda’s tenth-generation Civic has already stepped up to the plate to take on both Hyundai’s i30 and the Mazda 3 in our previous comparison reviews, now it’s time for the Civic RS sedan to go head to head with the 2018 Subaru Impreza 2.0i Premium sedan. With both cars being the second-from-the-top model in their respective line-up and priced around the $30k mark, they’re both extremely well matched and set to spar it out so let’s get cracking. 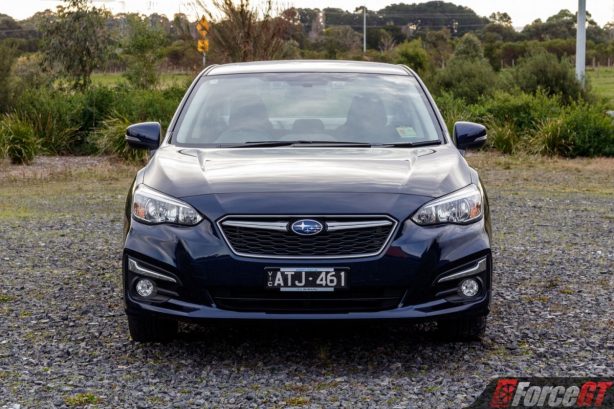 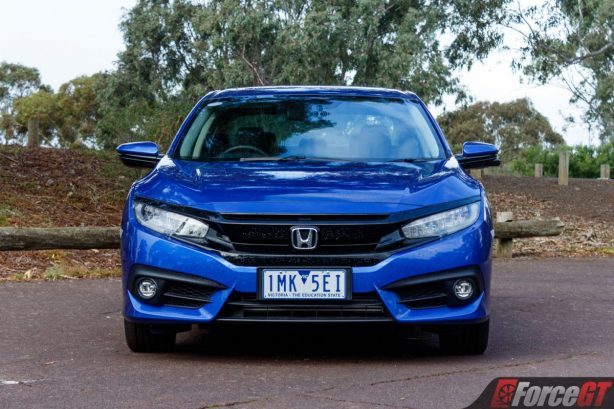 It’s well known that the styling on the latest Civic isn’t for everyone, you’ll either love or loathe the angular modern look. Piano black highlights mixed in with the rear spoiler give the Civic RS a sporting look to match the RS badge providing a more aggressive and youthful appearance. Over in the Subaru camp the Impreza brings a mature grown up feel to its visuals, less striking and more conservative in its approach. They’ve played it safe resulting in a car that blends in everywhere yet never stands out from the crowd leaving Honda to grab an early lead with the more appealing Civic RS. 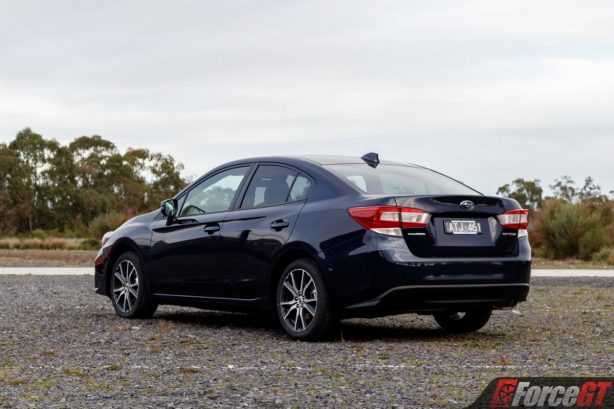 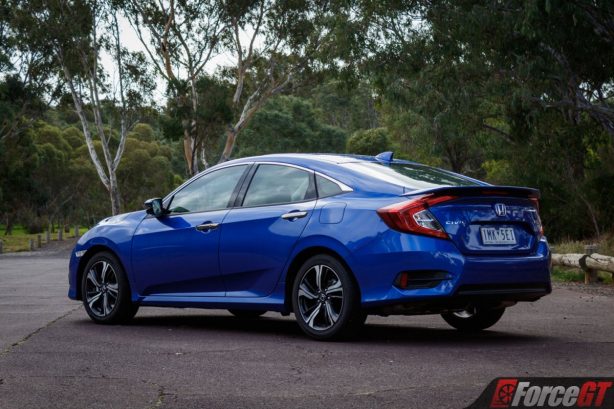 The tables turn completely when it comes to cabin design. By no means is the Civic’s interior unimpressive, it’s well thought out, built to a high quality and a comfortable nice place to hang out. There’s more boot space with 517L against the Impreza’s 460L too. However it’s just that everything that the Civic interior does well, the Impreza’s does a little better. There’s a more premium feel to the finish of the interior elements, real effort was applied when sculpting the dashboard and door trims. It’s a close one as the Civic RS does have the nicer leather seats that edge out the premium fabric lining the Impreza’s seats. Even so the higher overall quality of the Impreza interior can’t be ignored and it’s the one I’d rather be in. 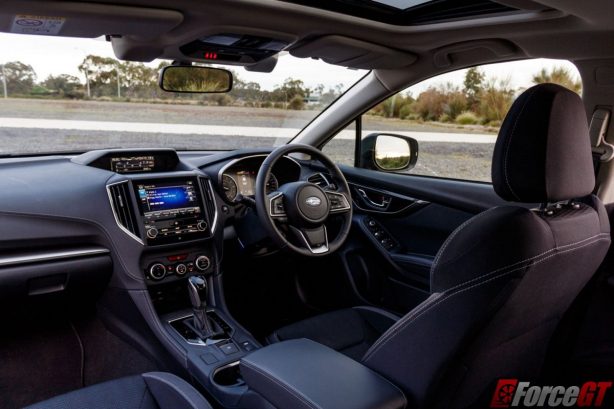 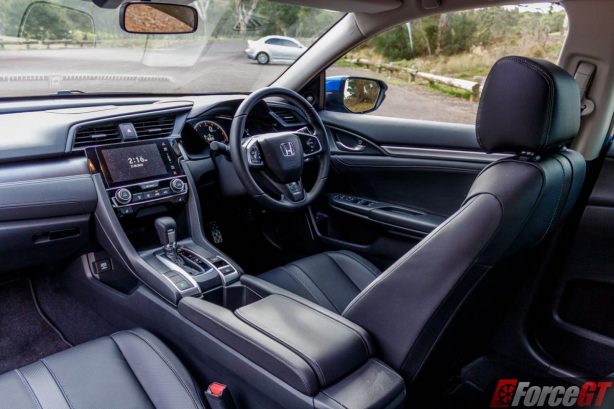 You’d think that having a turbocharger stuffed under the bonnet would make this a clear win for the Civic RS, and you’d be absolutely right. The turbocharged 1.5 litre VTEC powered 4-cylinder engine found in the Civic is a blast to drive with. 220Nm of drivable torque starts as low as 1,700rpm with 127kW of maximum power achieved at 5,500rpm gives the Civic punchy around town acceleration and plenty of poke when you keep your right foot buried. It’s relatively efficient too at 7.1L/100km against the official 6L/100km rating. 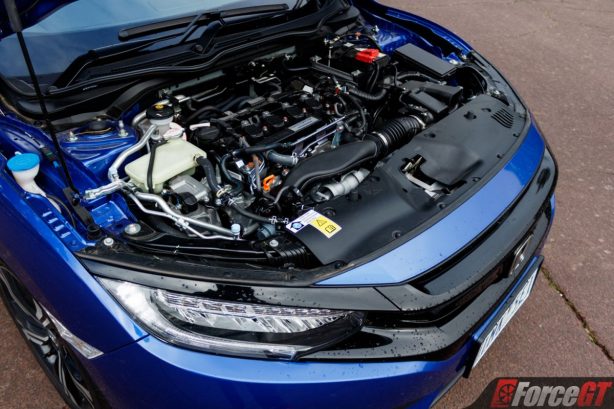 Power and torque figures for the Impreza aren’t as exciting with a total of 115kW available once you’ve revved the four cylinder boxer engine to 6,000rpm. Peak torque also sits high up at 4,000rpm where you’re rewarded with 196Nm of torque. To make the most of these figures Subaru have matched the ‘virtual’ gear ratios of their 7-speed CVT gearbox well to produce good response off the line. Fuel economy tested out at 7.2L/100km compared to the rated 6.6L/100km putting it on par with the Civic. The boxer configuration also makes the Impreza engine a smoother unit, yet the extra torque and power that’s available sooner in the Civic has me hooked. 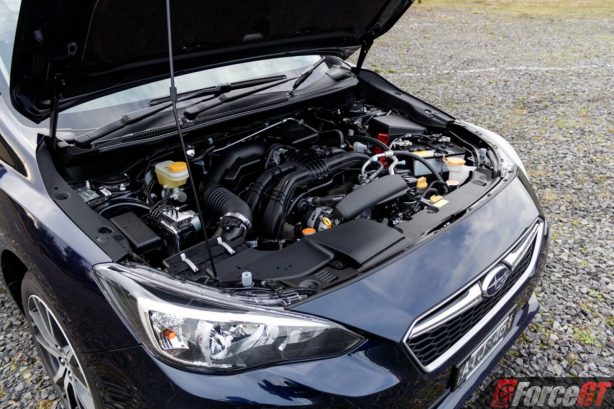 For a while now Subaru have been pushing themselves harder to produce more premium orientated vehicles and nowhere is this more apparent than in the Impreza’s ride and handling. Well tuned progressive springs work a treat through sharp bumps and ruts cushioning the driver from the brunt of the force while the stiff chassis does it’s job to deliver a precise and accurate turn in. 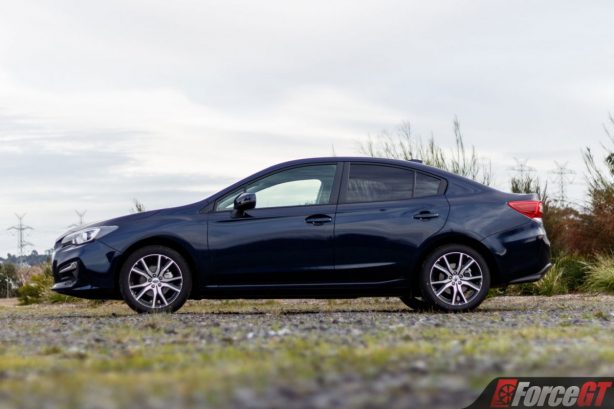 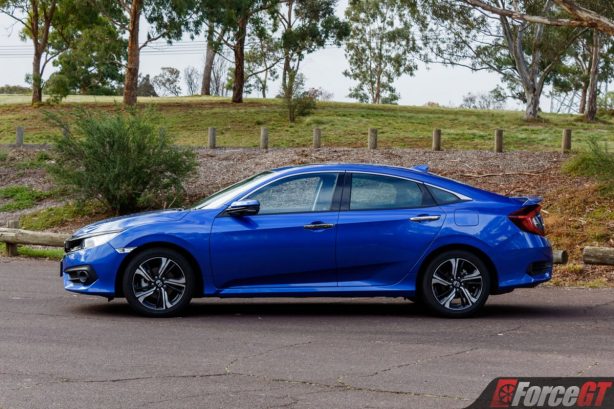 I had a blast taking the Civic VTi-L through Victoria’s Great Ocean Road where the suspension setup produced a fun and lively ride which is also found in the higher spec Civic RS. But the thing is, you feel the bumps more harshly, it won’t iron out the road to the same extent that the Impreza does and the turn in while still solid lacks the crisp feel found in the Impreza. And if things get damp and slippery then the all wheel drive Impreza runs rings around the Civic RS.

As the Civic RS is the more expensive of the two by a margin of $1,810 it’s fair to say that it’ll be sporting more in the features department than the Impreza.

In the Civic RS there’s more of an emphasis on convenience, comfort and entertainment where as the Impreza delivers the more superior safety package with the big ticket active safety features. You won’t find these same features unless you opt for the top of the line Civic VTi-LX and factoring that price difference it’s hard to pick a clear winner here. Put a gun to my head and I’ll concede that the Civic has more of the features I’d want but your tastes may vary. 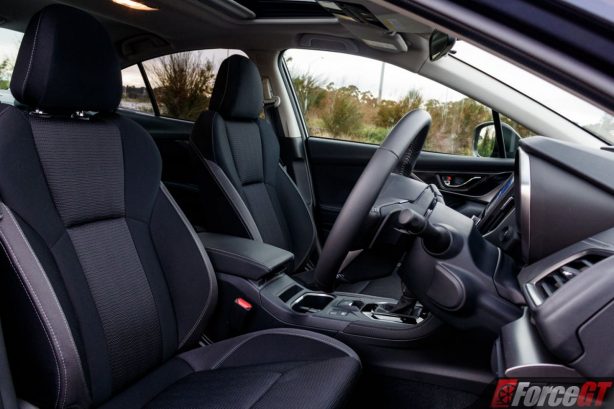 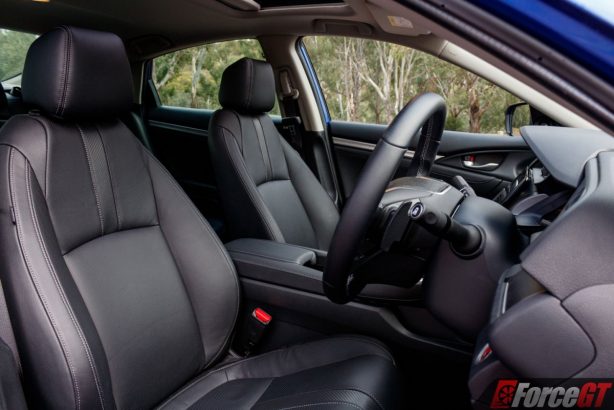 It’s come right down to the wire with both the Impreza Premium and the Civic RS scoring well across the board for their respective categories.

The Impreza Premium makes the sensible logical case for itself with its collection of top notch safety tech, all wheel drive platform and superior interior. The Civic RS on the other hand lures you in with that amazing engine, striking looks and fleshed out feature list.

On paper it’s a dead heat draw between the two of them with personal preference being the tie breaker, and for me that’s placed me firmly in the Civic RS.