To decipher what a manufacturer values in their models you need look no further than their entry level line-up. It’s a ruthlessly cut-throat segment where every single feature must be justified as not to push up the price and pass scrutiny from an army of potential buyers. The right combination of included features has become increasingly difficult to nail in recent years as the number of available features has exploded in choice and the price dropped considerably. We’re pitting the 2017 Kia Rio Si up against the 2017 Toyota Yaris ZR to find out who’s got the upper hand. 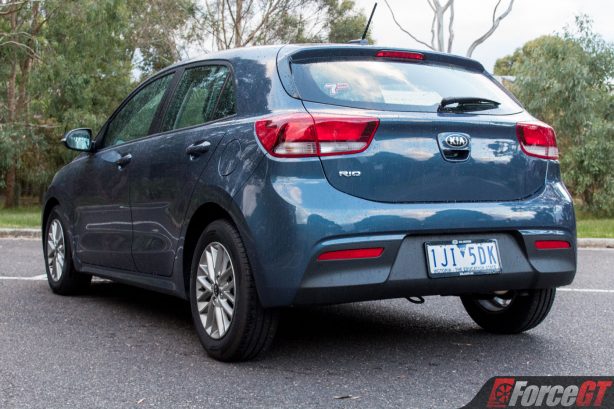 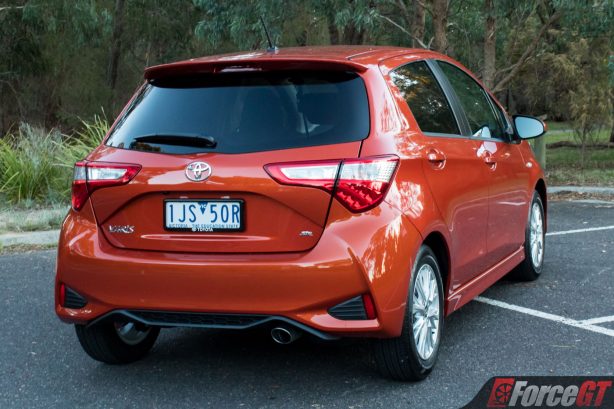 When it comes to styling, both Toyota and Kia have pulled off a solid effort for the Yaris and Rio, each with a distinct and unique look that makes the most of the metallic canvass available. Where the Yaris is sharp, aggressive and Japanese styled the Rio is reserved, composed and European in appearance. They’re both easy on the eyes and charming enough on their own merits, to pick one over the other on looks alone would be a purely subjective choice making this a draw.

Inside the variation in style continues for a similar story, the Yaris feeling alive and vibrant with its orange lights and striped seats, contrast this with the sleek lines of the Rio’s interior and the picture starts to become a little more clear who these cars are aimed at, P platers and pensioners. There’s plenty of cheap plastics used in both models for cost purposes but they have high quality materials where it counts for the wheel and shifter knobs. On looks alone they’re both neck and neck but it’s the Yaris that edges ahead with the superior seats and the Rio is let down by the cheap entirely plastic door trim compared to the cloth offering from Toyota.

Both cars offer good cabin space at the front and in the back, with enough room for four adults, though it’s the Kia that will fit more groceries than the Toyota with a larger 325-litre cargo area versus the latter’s 286-litre boot.

Neither Toyota or Kia have made a concentrated effort to improve the performance for each of these new generation models. They both come with normally aspirated four-cylinder engines displacing 1.5-litre in the Yaris and 1.4-litre in the Rio, rated at 80kW/141Nm and 74kW and 133Nm respectively. Both cars have enough power not to disappoint delivered through the less than bleeding edge 4-speed automatic gearboxes. The gearbox in the Kia is particularly sluggish and four gears just isn’t enough to make the most of the given power. The Yaris has the edge with more power, torque and less weight overall compared to the Rio on paper but on real roads you’d be hard pressed to tell the difference at the traffic light grand prix.

Both cars lack modern fuel-saving features such as auto idle stop/start and direct fuel injection, but the Rio is slightly more efficient compared to the Yaris in our test, returning an average of 7.4L/100km against the Toyota’s 8.3L/100km. 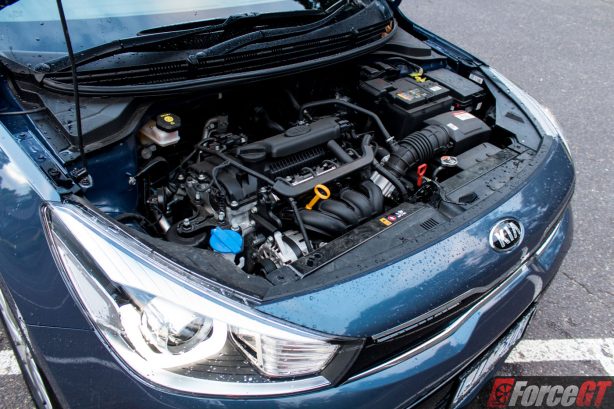 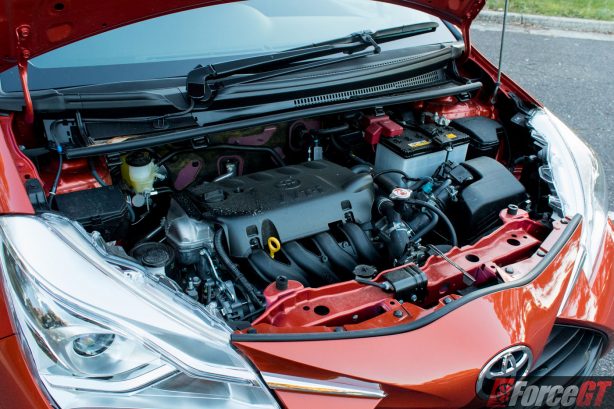 Around town both the Yaris and the Rio are superb; tight turning circles matched with direct responsive handling work a treat in urban environments. Take them out to the open road and the light weight of both models shines through to highlight surprisingly capable machines. Feedback through the wheel is noticeable and adequate levels of grip put a smile on your dial when pushing it. It’s on the rougher roads that the Rio edges out the Yaris, soaking up and concealing bumps better than the harder riding Toyota. 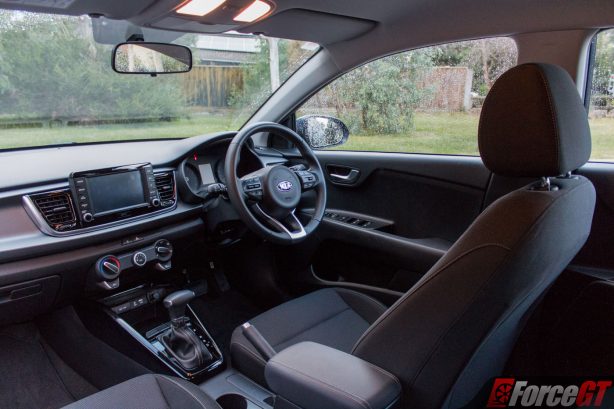 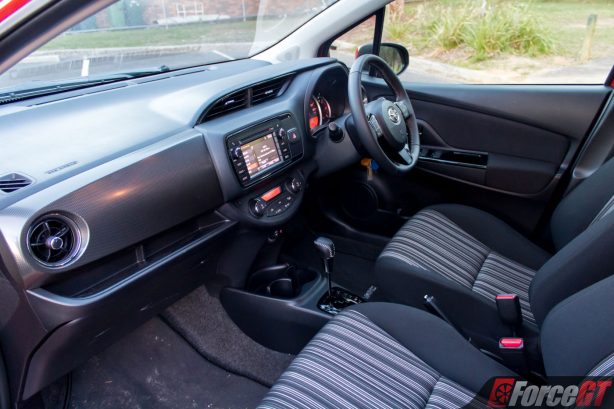 The table below showcases features included that aren’t found on the rival model, at a glance we can see that the Yaris is focused on safety in a traditionally sensible Toyota style while the Rio offers an improved entertainment package.

When it comes to features we’re comparing apples to oranges and there’s no clear winner, it all depends on where your preferences lie making this category another draw.

Picking a winner based on the above categories sees the Yaris take the victory but it’s not that simple. Both cars are made exclusively for budget conscious buyers and it’s here that the Rio has a few tricks up its sleeve.

First off the Rio doesn’t need to be serviced as frequently as the Yaris dropping long term running costs. Secondly the Rio Si also comes in at almost $1,000 cheaper than the Yaris. And finally in the Rio you’ll also gain 1 year roadside assistance complimented by a 7-year warranty that dwarfs the 3-year offering from Toyota.

Of course if the Rio Si doesn’t have what it takes to draw you in then it’s worth taking a look at the top-spec Rio SLi which brings a premium interior, electric sunroof, sports pedals, 16″ alloy wheels, rain sensing wipers, climate control and more to the party.