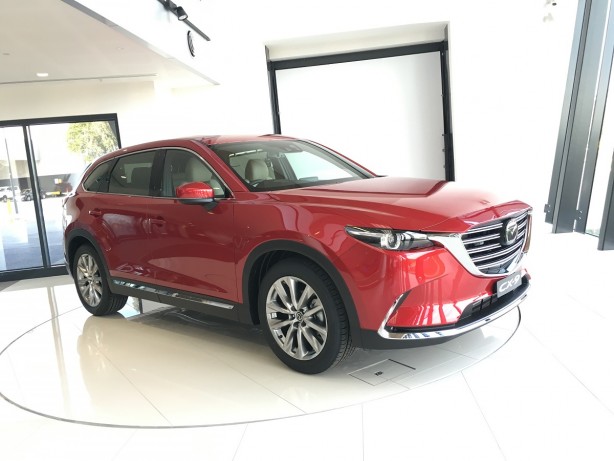 Fresh off the ship, the all-new 2017 Mazda CX-9 has arrived in Australia, and here we bring you some of the very first close-up photos of the SUV.

The first shipment of the second generation CX-9 landed Down Under only days ago, and, according to Mazda, response for the new model has been tremendous. The seven-seat family-sized SUV already has almost 55,000 registered interest, of which 13,000 want to be contacted directly by a Mazda representative, an all time high.

Not surprising, because our first impression with the all-new CX-9 has been very positive. For a start, Mazda’s KODO design theme has been adopted remarkably well in this new model. Despite its size, the CX-9 looks a lot less arresting and ghastly compared to some rivals. 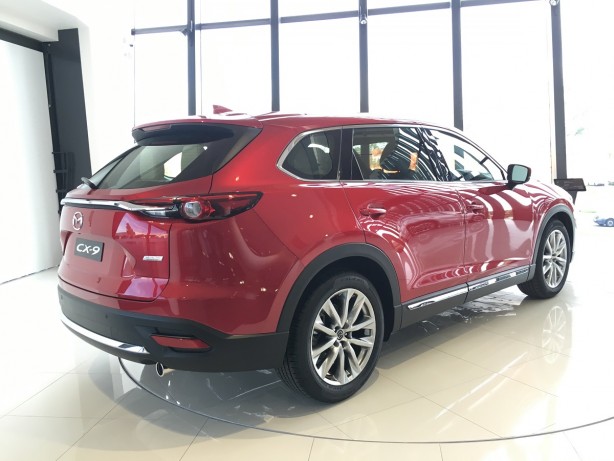 The premium exterior appearance is defined by a long bonnet, swept glasshouse, crisp lines and short overhangs. Its proportion is also almost spot on from every angle. Housing larger wheels – 18 to 20-inch depending on variant – the CX-9’s tapered fenders are pushed to the edge of its body, giving the SUV a wider stance. 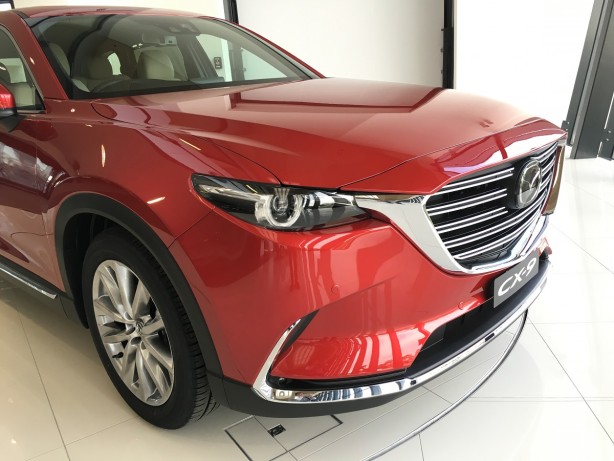 Inside, the CX-9 is a big step up from the out going model. The interior pushes upmarket with high quality, soft to touch surface on the upper dashboard and door trim, premium glossy trim in the lower centre console and lavish leather upholstery. There’s also a sweeping single piece of aluminum across the dashboard, emphasizing width. 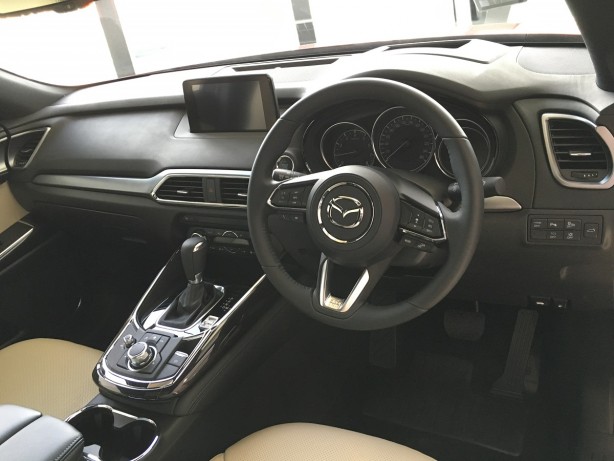 The car-like dashboard is clean and uncluttered, while its low, angled forward position gives gives a sense of space. The cabin boasts good ergonomics, with most switchgear within easy reach and is where you expect to find them. At 5065mm long, the new CX-9 is 30mm shorter than its predecessor, but its wheelbase has been stretched 55mm, benefiting rear passenger legroom as well as entry to and exit from the rear. 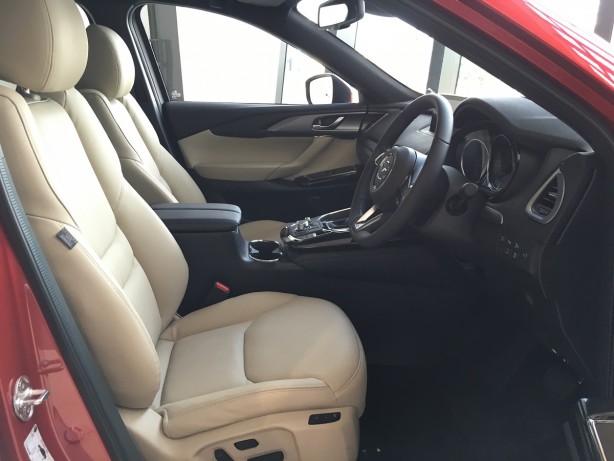 Debuting with the CX-9 is a new SkyActiv 2.5-litre direct-injection turbocharged petrol engine with the world’s first turbocharging system that can vary the degree of exhaust pulsation depending on engine speed thus reducing turbo lag and improving turbo efficiency. It also features a cooled exhaust gas recirculation (EGR) system that allows the engine to maintain the ideal air-fuel ratio over a wider output range.

The new engine, with a compression ratio of 10.5:1 – one of the highest for any turbocharged engine – produces 169kW at 5000rpm and 420Nm at 2000rpm. Compared to the old 3.7-litre V6, the new power plant is down on power but sees an increase in torque. The engine is paired exclusively with a six-speed automatic transmission. 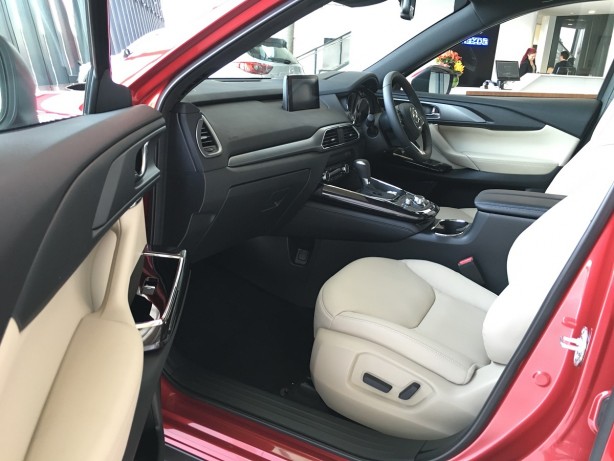 The 2017 Mazda CX-9 officially goes on sale in July and will be available in both front-wheel and all-wheel drive format. For the first time, four grades will be offered, including the entry-level Sport, mid-grade Touring, high-spec GT and high plus grade Azami. Full pricing and specification will be announced closer to local launch. 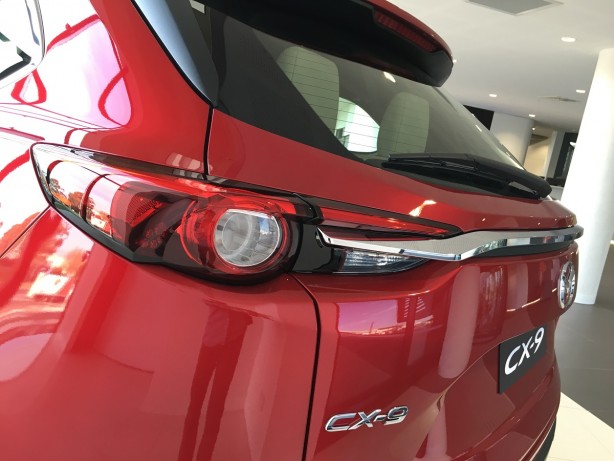