They are two of the most iconic cars to grace our roads. One, an unapologetically all-American with a big, old-school fire-breathing V8 under its long, chiselled bonnet that has become one of the most successful sports cars in recent times.

The other, a samurai warrior that came out of its 17-year sabbatical to reignite the flame for Japanese performance machine.

Both are the only mainstream, rear-wheel drive, high-performance sports coupe on the market today.

Are they close competitors? 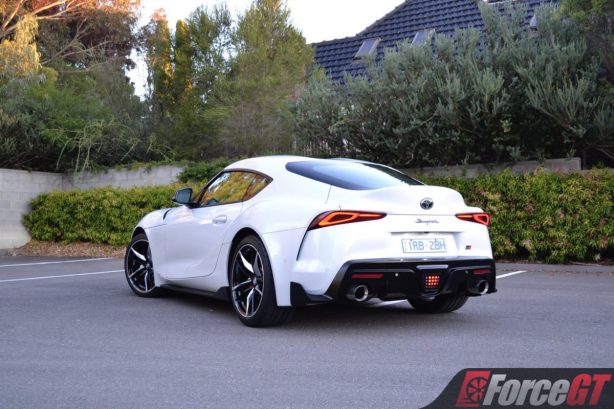 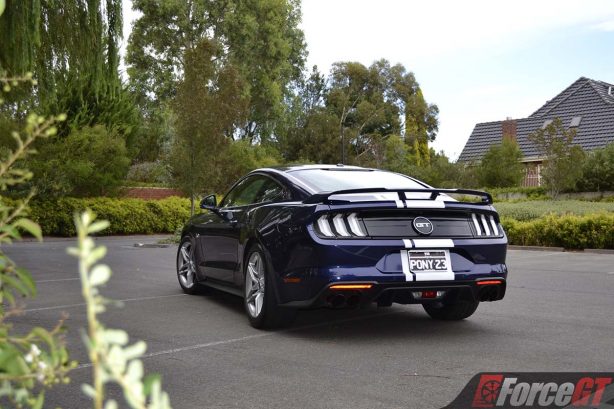 Both are rear-wheel drive two-door coupes with a passion for speed and tyre shredding antics but importantly, both claim a sub 4.0 seconds 0-100km/h and a love of corners.

There are differences, too.

The GR Supra, with the help of BMW, comes with a German heart that is heavily based on the 3.0-litre inline six-cylinder turbo-petrol engine in the latest BMW Z4, and for 2021, bringing an extra 35kW for a grand total of 285kW. Torque remains unchanged at 500Nm and directed to the rears via an eight-speed auto.

The Mustang on the other hand, comes with a significantly more powerful, naturally-aspirated 339kW/550Nm 5.0-litre V8 matched with a 10-speed automatic. However, it also comes along with a considerable weight penalty of 261kg over the Supra.

How much do they cost? 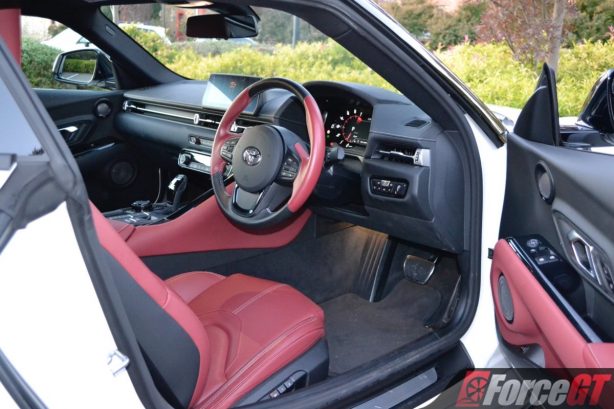 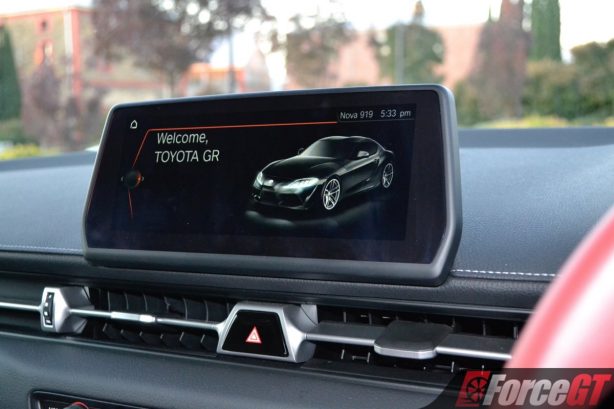 The Supra GTS tested here comes with a relatively steep $97,126 price tag, which is $30,836 or nearly a Corolla Ascent Sport Hybrid more than the Mustang’s more down to earth $67,390 list price. Both before on-road costs.

Both score largely similar equipment, too. 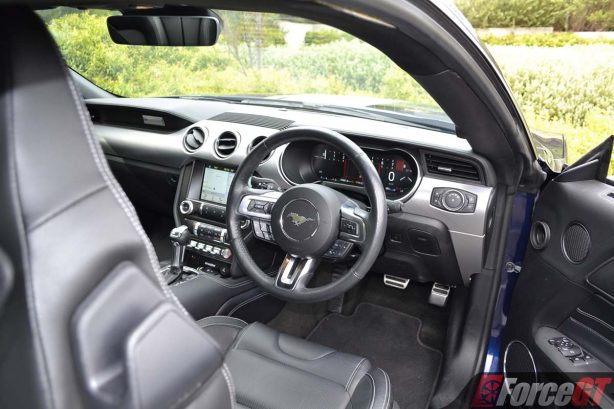 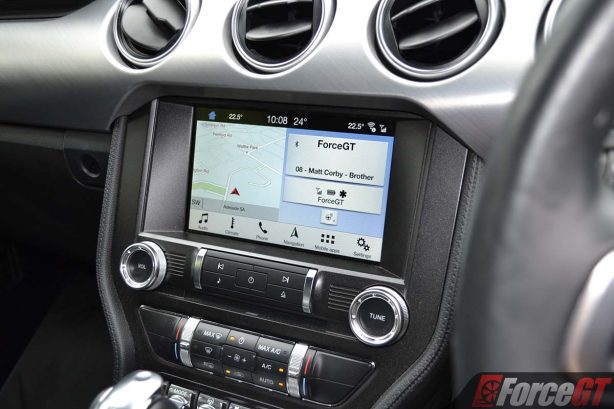 Stepping inside, Ford’s 8-inch SYNC3 comes with Emergency Assist that automatically calls emergency services in the event of an accident, while Apple CarPlay and Android Auto along with a 12-speakers B&O sound system that will surely please audiophiles are all thrown in with the list price. Electrically operated, leather upholstered, heated front seats, a 12-inch digital instrument cluster are also standard.

Meanwhile, the GR Supra’s 8.8-inch BMW-sourced touchscreen infotainment system is slightly bigger compared to the Mustang’s. It also comes with recently upgraded wireless Apple CarPlay though Android Auto users will still be unable to mirror their phones on the system. Sound comes courtesy of Toyota’s favoured JBL through 10-speakers. Like the Mustang, the front seats are electrically operated and comes wrapped in leather.

What makes them great? 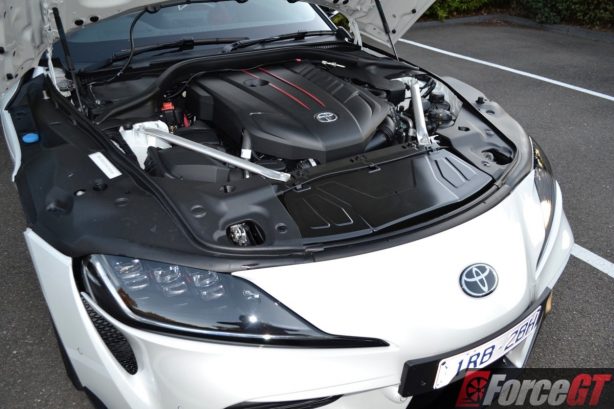 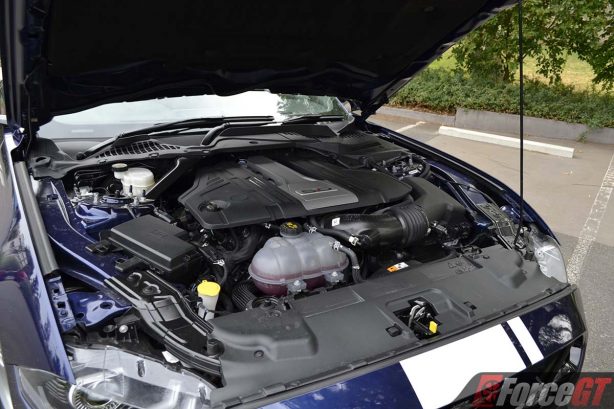 There’s no disputing that both of them put a great big smile on your face when the road opens up and on the track.

Despite the BMW underpinnings, Toyota has done a commendable job in giving the Supra its unique ‘Toyota’ flavour. There’s the BMW dynamics of balance, neutrality and light-footedness that we have come to know and like from the propeller brand, but with the big T’s infusion of playfulness and agility.

It’s fast-in-fast-out with the Supra with its superbly accurate and perfectly weighted steering and tonnes of grip from its soft 255/35 and 275/35 Michelin Pilot Sport tyres.

One of the reasons Toyota chose BMW to be its development partner for the Supra was because of its B58 3.0-litre in-line six. It’s the same powerplant that is used not only in the latest Z4, but also in the 3 Series, 5 Series and 8 Series, as well as their respective SUV derivatives.

It pulls strongly from 1,500rpm all the way to 7,000rpm with no flat spots in between. It also sounds amazing especially when you put it into Sport mode and manually shift the ZF-sourced eight-speed auto via the flappy paddles.

The heavier American, on the other hand, is more of a ‘slow in-fast out’ proposition. It feels heavier and not as agile compared to the Japanese. You need to shave a bit more speed going into a corner but once on the apex, you could almost go all out with the throttle and away you go.

And while the Supra’s in-line six sounds amazing, the Stang’s 5.0-litre V8 is ridiculously good! Flick it into Sport and the soundtrack gets even better, though it still won’t catch the Supra on the way to 100km/h.

Thanks to the Supra’s slimmer proportions and newfound kilowatts, 0-100km/h has dropped from a previously Mustang equalling 4.3 to 4.1 seconds.

Which would I take to the shops?

Neither of them is outstanding supermarket trolleys but the Mustang is the pick of the two with more cabin space, a pair of rear pews (though only good as extra storage) and an incredibly large boot for a car of its type, at 408 litres along with 50/50 split folding rear seats. This is against the Supra’s meagre 296 litres boot space and just a pair of front seats.

What would I change?

When it comes to noises, the Supra can certainly do better. It’s not entirely drama free though, with appropriate pops and crackles on overrun but compared to the Mustang’s angry exhaust notes, it sounds… a little tame.

Thankfully, there are plenty of aftermarket exhaust options available. 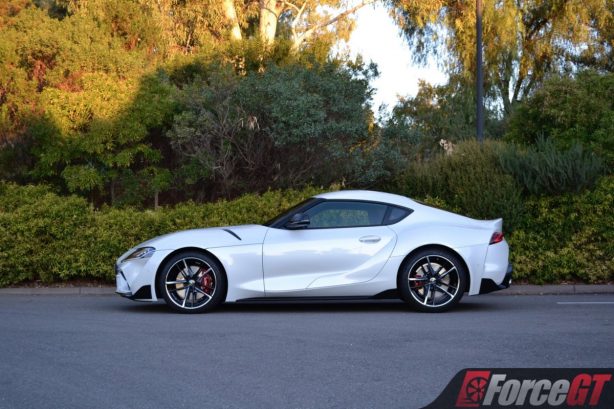 Around town, the Supra’s MacPherson front struts and multi-link rears with adaptive dampers don’t afford a lot of travel even in normal mode and can transmit nasty road bumps into the cabin.

Road noise also sips in from the rear of the car which is not separated from the cockpit in any way. 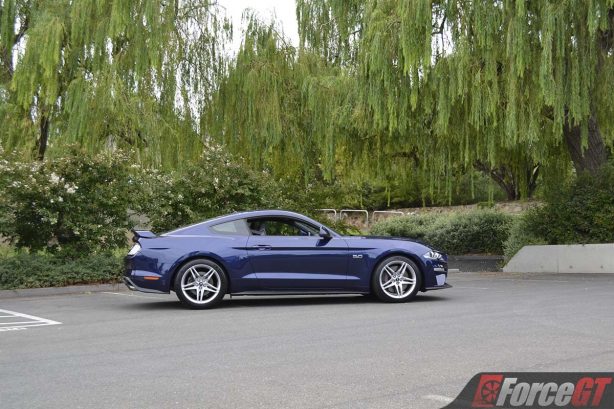 The Mustang isn’t much better, but our Magneride adaptive dampers-equipped tester seems to iron out road imperfections a little better. It’s also a tad quieter compared to the Supra thanks to the separation of the boot from the cabin.

No surprise here, the Mustang likes a drink! Officially, it gulps down 12.7L/100km of the pricey premium unleaded but drive it as it’s meant to be, you can almost see the fuel gauge drop right before your eyes! We averaged 15.0L/100km on test.

While the Supra also have a taste for premium juice (albeit 95RON), it’s less of a heavy drinker, sipping on average 9.5L/100km.

Both brands come with 5 years, unlimited kilometre warranty and capped price servicing although the Supra is the cheaper to maintain, costing just $385 per service or $1,925 for the first five years. The Mustang on the other hand will set you back $2,265 for the same period.

Both the GR Supra and Mustang GT are great performance cars that bring endless joy to drivers and picking one from the other will ultimately depend on your budget, preference for turbocharged propulsion or old school displacement, and of course, styling.

For the budget conscious buyer, the Mustang certainly can’t go wrong, but if your bank account allows, our pick is for the more sophisticated Supra, which is slightly quicker, goes slightly better and a little less common.