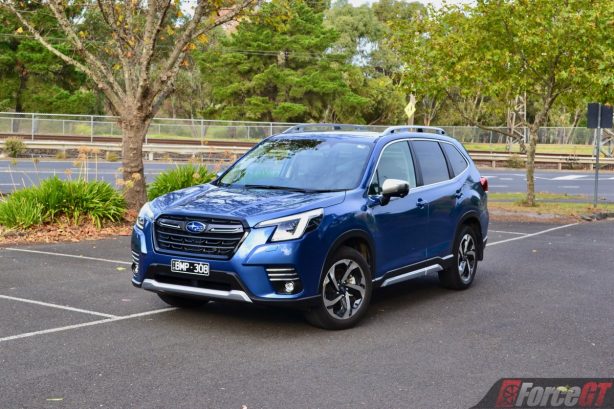 The mid-size SUV market is saturated with no fewer than 10 models, making it one of the hottest passenger car segments out there. But there are only a few household names, those which have been around since the inception of the segment. And the Subaru Forester is one of them.

With five generations spanning just over 25 years, the Forester has always been popular amongst growing families with an active lifestyle. The current fifth generation Forester has been around since 2018, and so for 2022 Subaru has given it a mid-life update. 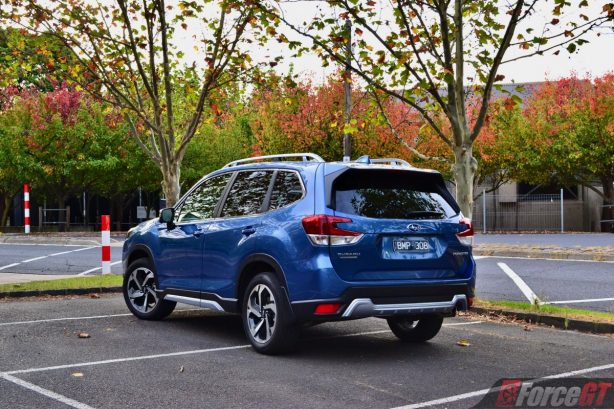 With newer SUVs bringing fresher and sharper designs to the segment, the Forester is starting to look a little aged. For this update, the Forester’s styling has been given a little nip and tuck. Most noticeable are the revised headlights, which compliment the updated grille, front bumper and fog lights. The changes are mostly centred at the front, and while subtle, are enough to give the SUV a more modern look.

That said, the SUV continues to be defined by an upright, two-box design, which has been carried through all the generations since the original model. No doubt there are some more stylish competitors out there, but the Forester’s honest design is the reason why it’s so practical on the inside (more on that later).

Speaking of the interior, cosmetic changes are limited to just minor trim update. That’s okay because Subaru has instead focused on upgrading cabin technology. In the upper spec variants (2.5i-L and up), the Driver Monitoring System gain gesture-controlled temperature adjustment for the air-conditioning. It works but we don’t find it anymore useful than hand operating the physical temperature dials. 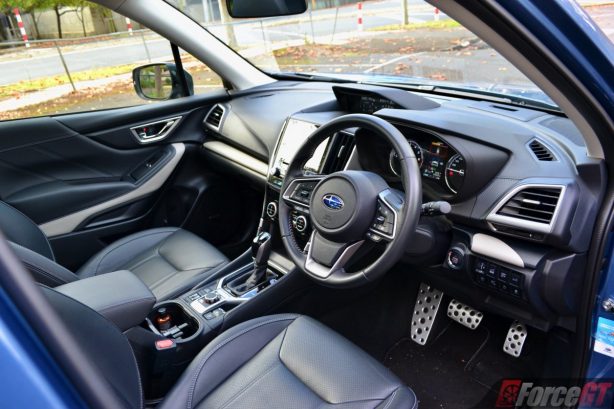 The 8-inch infotainment touchscreens are now standard across the range – previously, Forester 2.5i, 2.5i-L and Hybrid L had 6.5-inch screens. Apple CarPlay and Android Auto connectivity in addition to DAB+ digital radio continued to be offered. 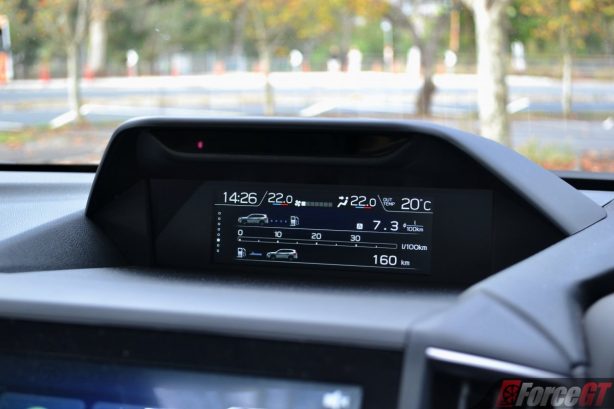 Lane Departure Prevention takes Lane Departure Warning a step further by not only sounding a warning when the vehicle is straying from the lines when driving over 65 km/h, but also automatically correcting the steering back to the centre of the lane to suppress lane deviation.

Autonomous Emergency Steering engages when Pre-Collision Braking Assist isn’t enough to avoid a collision. The feature uses the forward-facing stereo camera and rear radar to detect lane markings to judge if there is enough space to safely avoid a collision with an object ahead. If judged safe, it helps avoid a collision by automatically steering away from the object.

The Forester is already one of the safest SUVs on the market. The new safety upgrades now make it class leading. 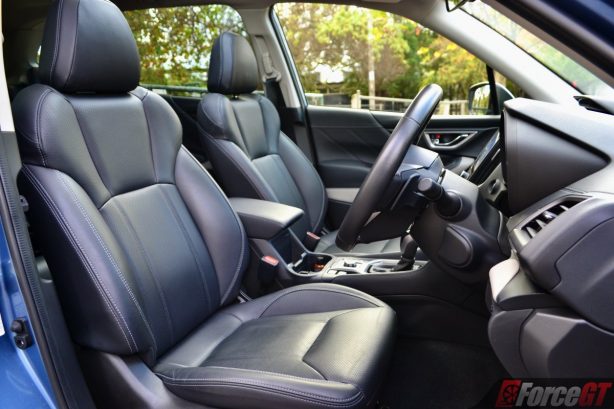 Another area where the Forester leads the segment is in overall interior space and practicality. Thanks for the SUV’s upright design, there’s an abundance of leg and headroom in the front and at the rear. The vast cabin is made even airier with those large windows which let in plenty of natural lighting. There’s also no shortage of storage compartments such as the thick door pockets, deep glove box and decent centre storage under the front arm rest.

A trait of Subaru, all-round visibility from the driver seat is excellent, even in the usually disastrous forward quarter view thanks to the relatively slim A pillar and that small window bracket just fore of the side mirror. 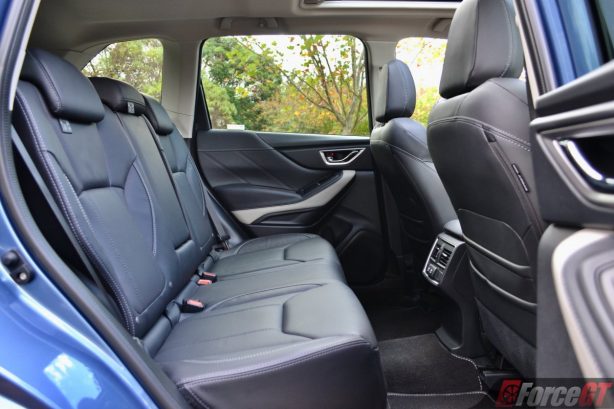 The seats in the Forester offer great comfort and support. While the leather upholstered seats in our 2.5i-S feel high quality, the fabric upholstered ones in lesser variants do look great too in their two-tone colour scheme.

Ergonomics are superb, with everything within easy reach and located where they should be. As expected of a Subaru, build quality is impeccable throughout.

With the rear seats up, the Forester has 498 litres of boot space, expanding to a capacious 1768 litres with them tumbled. The space offered is one of the largest in class. 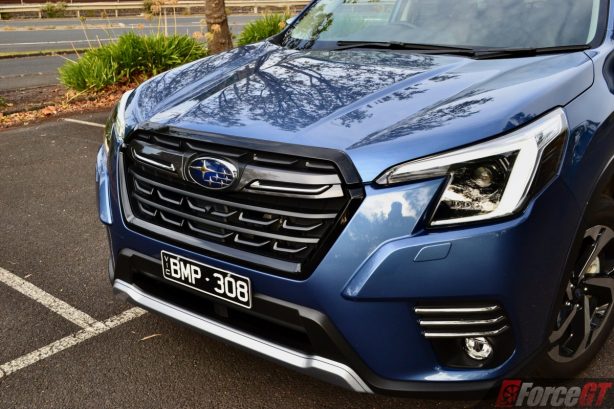 For those expecting an updated powertrain in this round of update, they will be disappointed. Turbo power still hasn’t returned to the Forester. This means for non-hybrid models, the 2.5-litre normally aspirated boxer-four petrol engine soldiers on, albeit with a new aluminium engine mount bracket that reduces vibrations and noise. The engine produces 136kW of power at 5800rpm and 239Nm of torque at 4400rpm. Drive is channeled to all four wheels via a CVT automatic and Subaru’s renowned symmetrical all-wheel drive system.

Subaru did revise the X-Mode for the all-wheel drive, however. It now has the ability to automatically re-engage once the vehicle speed drops to 35 km/h or less. Hill Descent Control has also been updated to improve speed control. 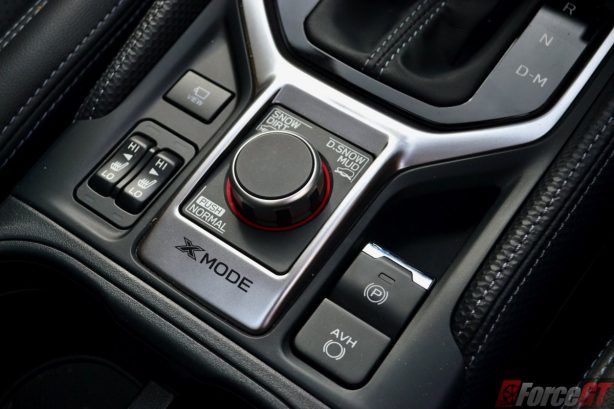 Around town, the 2.5L/CVT combo is generally smooth, with enough pull to get the mid-size SUV up to speed relatively quickly. Engine and road noise are also well suppressed to provide an appreciably quiet ride. It’s just not the most engaging or sporty drivetrain out there, but for a family SUV this probably isn’t that important.

The Forester features a fully independent suspension all round, with a double-wishbone rear setup for the best balance in ride and handling. As such, the Forester feels very much car-like to drive and handles admirably for a tall mid-size SUV. The steering is surprisingly quick and body roll is well contained through bends. Ride compliance around town is good, too, with most road irregularities rounded off nicely. 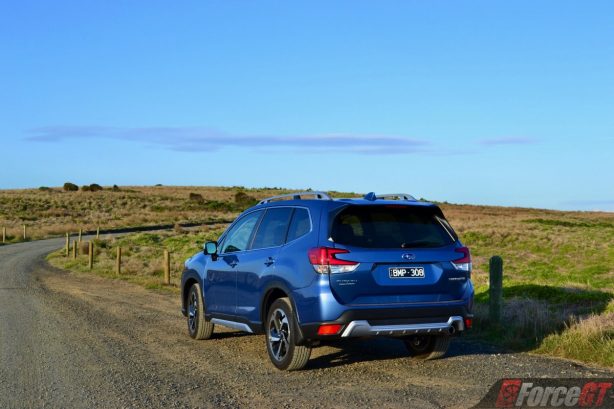 The updated Subaru Forester makes for a compelling option for those seeking a well-equipped, well-engineered, safe and versatile mid-size family SUV. It may not be the most engaging to drive, but it surely feels very dependable in all kinds of settings. It continues with the no-nonsense, unpretentious, go-anywhere and do-everything approach, one that made the Forester popular in the first place. And we’re not complaining.