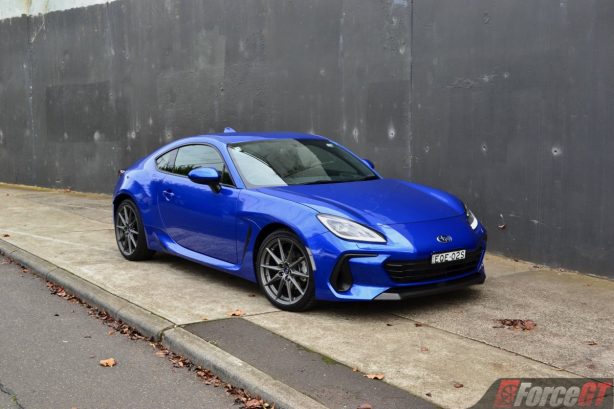 The all-new Subaru BRZ is one of the most anticipated sports cars to launch in 2022. Not only is this second generation model the first all-new car since the original from almost a decade ago, the gradual transition of the automotive landscape to electrification will only make cars like the BRZ (and its twin the Toyota GR86) become more special overtime. Even more so for the BRZ six-speed manual as cars like this are increasing in rarity.

And it begs the question: Is the BRZ automatic worth a thought over the BRZ manual? 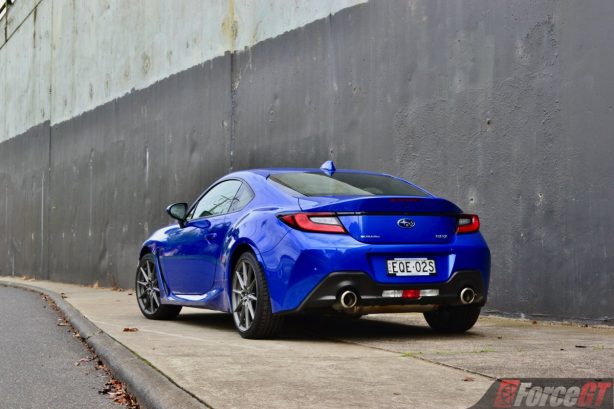 There are many circumstances why this question gets popped in people’s heads. They want to use the BRZ as a daily driver. They share the BRZ with their partners who prefer to drive an automatic vehicle. Or simply, they just want to cruise around in something sporty yet relaxing to drive.

Whatever the situation may be, the BRZ automatic has a lot to like, as I found out after living with one for two weeks. 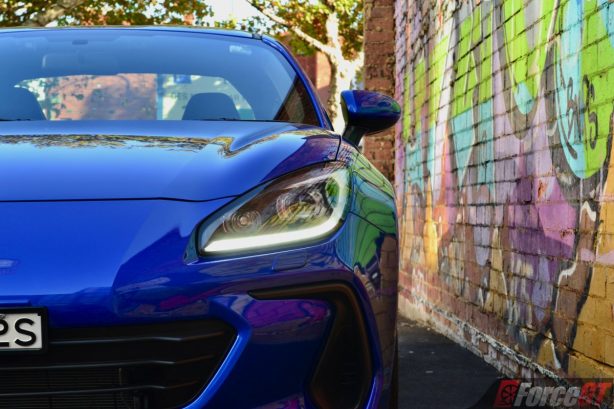 First of all, I must admit that I am no fan of automatic sports cars (and yes that includes dual clutch boxes). For me a sports car should just be a sports car – something with good power, sharp handling and three pedals. Dilute the sports car concept with other tasks such as the ability to plough through stop start traffic with ease or deliver a comfortable ride erases its original design intent.

Yet, I still find enjoyment in driving the BRZ auto, to my own surprise. And I suspect that has a lot to do with appreciating the BRZ auto as a package rather than a sports car that is compromised with an auto box.

Before we dive into too much details, let’s talk about the looks, which is an important part of the package. No coupe style sports car is worth exploring if it doesn’t get the aesthetic right – even if it drives well. And in the case of the BRZ, it’s a home run. This second generation model is an absolute looker. To me, it’s one of the prettiest sports coupe on sale today. Yes, it’s got bits from the Lexus RC F (looking at the front fender vents) and the aborted Honda NSX prototype (pointing at the rear end). The front even has a hint of Porsche Cayman. But you can’t deny that it’s one cohesive design, perfectly proportioned and postured.

The wheels are 18 inches. I like the fact that they have kept the wheel design very Japanese and not mimicked some sort of European styling. The Michelin Pilot Sport tyres wrapping the wheels aren’t that wide, measuring only 215/40 R18, but they are pushed out sitting almost flush with the fenders giving the car an athletic stance. All exterior lightings are LEDs. 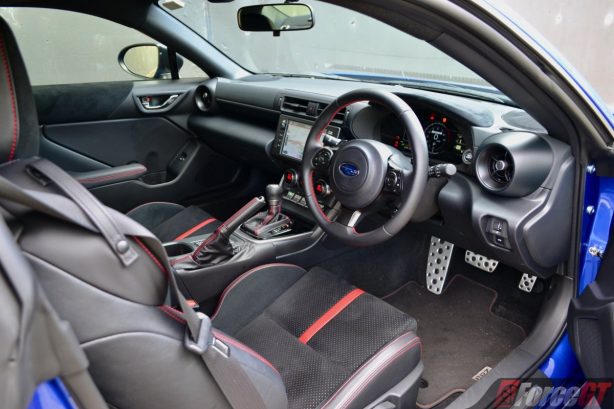 Inside it doesn’t look all that different from before but there’s an obvious lift in quality. There’s more extensive use of suede/Alcantara materials on the dashboard, door cards and seats, the red contrast stitching is neat and the knobs and buttons all have a higher quality feel than before.

But one thing Subaru did not mess around with – for good measure – is the driving position. They have nailed it in the original BRZ and it stays the same in this new model. You sit low and tight, with steering wheel at chest level and unobscured visibility through the front windscreen and quarter windows. Pedal placement is perfect, gear shifter at ideal height with the arm (not that it matters in the auto model). The moment you sink into the heavily bolstered yet comfortable sports seat, you naturally get into the mood, the driving mood. No car in this price point engages the driver in you quite like the BRZ does. Its twin the Toyota GR86 being the exception.

But don’t expect the drama of turning over a fire-breather when you push the engine start button. This is no hi-po turbo or muscly V8. The naturally aspirated 2.4-litre boxer four in the BRZ starts up with just a tinge of aggression and not much hint about the healthy 174kW / 250Nm lurking within.

And if you were expecting the new BRZ to crack 200kW and 300Nm, it’s still a fair way off. But one only needs to look at how much it weighs to understand why it doesn’t need those figures. At 1270kg it’s very light and that amplifies the output from the upsized 2.4-litre engine. 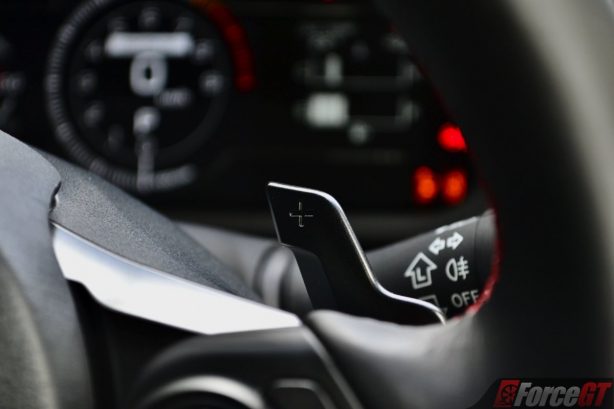 The BRZ has never been about outright power. It’s more about taking every bit of driver input and doing a lot with it. From steering wheel angle and throttle input to gear selection and brake pressure, the BRZ converts them all to movement in its sharpest, purest and most precise form. Unlike some performance cars where your inputs are over emphasised, the BRZ feels natural to steer, accelerate and brake. In other words, the BRZ always feels like an extension of your limbs, a fine example of man and machine as one.

With a zero to 100km/h sprint time of around 6.8 seconds (auto), the BRZ is swift but not exactly fast. It’s on challenging roads where the BRZ can truly be appreciated, as that brilliant chassis and precise steering make it such a driver’s car. Indeed, good driving skills are immensely rewarded with fun and engagement, while the average driver will get to hone their skills through the clarity of the car’s driving apparatuses. 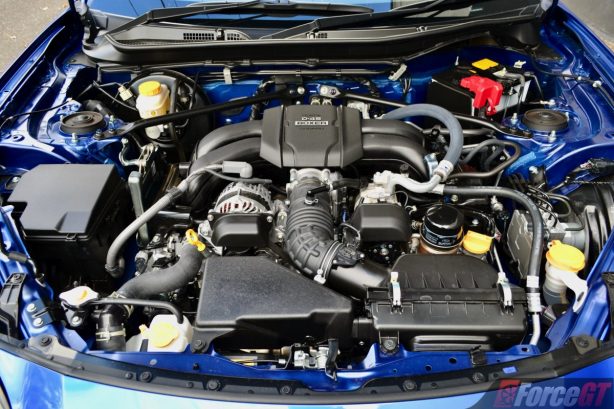 Does the six-speed automatic transmission take much away? Not much per se but it does certainly water down some of the fun. Being a torque converter and not a dual clutch, the shifts, though not slow, aren’t what I would consider quick and snappy, and if you were thinking of drifting forget about the auto.

But let’s assume this: you live in a metropolis, you like to drive the BRZ every day, even just to the shops or cafes, and occasionally you hit the twisty roads with friends. That sounds like most of us, myself included. So here’s how I would sum it all up. The BRZ auto will still deliver the goods of a sports car with an adequately sportier-than-usual automatic gearbox, while remaining completely usable in rush hour traffic or on days when you just couldn’t be bothered with a clutch and a stick.

Should you consider the automatic? If the BRZ rolls off the driveway during the week, absolutely. As a package, it’s a great daily sports car that is easy to drive and more economical to run than the manual.

Previous Cupra on sale now in Australia with Launch Editions
Next Toyota GR Supra: how did it get its six-speed manual?