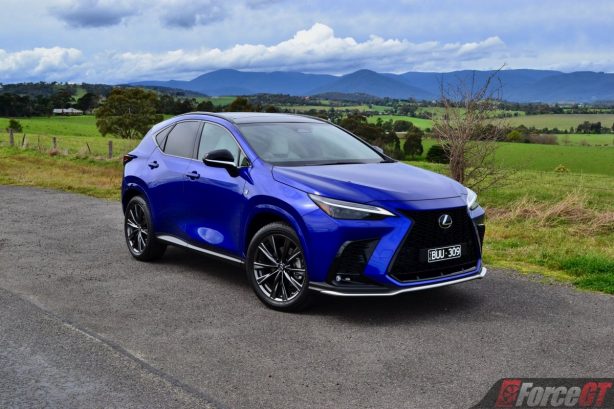 The first generation Lexus NX mid-size luxury SUV has drawn more new customers to the Lexus brand than any other Lexus model in history. As the top-selling Lexus model in Australia and many other world markets, the NX is one crucial model that Lexus must get right in its second iteration.

And they have. From the outset, the all-new 2022 Lexus NX looks to have carefully maintained its predecessor’s successful formula – unique design, favourable dimensions and premium features, while bringing notable improvements in every key aspect.

To appeal to a broader customer base, the new NX line-up has doubled from the previous two to now four variants, with each model receiving a new powertrain. The choice of front-wheel drive or all-wheel drive continues to be offered in certain variants, as are Enhancement Packs – Lexus’ way of packaging optional extras into bundles. 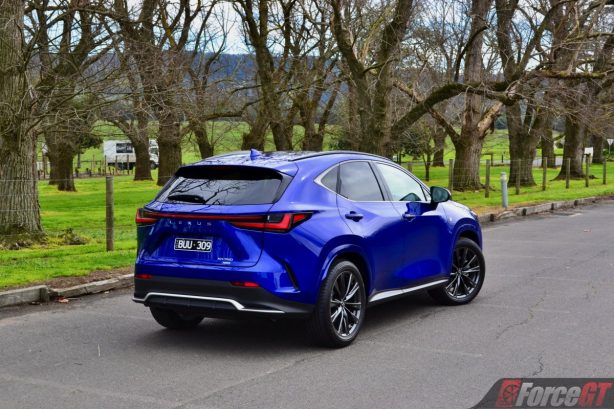 The NX 250 is a new addition to the range and the new entry level model.

The NX 350 replaces the previous NX 300 with a larger, more powerful turbocharge engine. It’s now only offered with all-wheel drive.

The NX 450h+ is a new addition to the range and the first NX (and Lexus) to be offered with a plug-in hybrid (PHEV) powertrain. It’s the new range-topping model.

The daring design of the previous Lexus NX was a remarkable stand out amongst a slew of more conventional looking European rivals. The NX’s styling was edgy and sharp, but also classy and premium.

This new model builds on that design theme with a lift on attention to detail and shift towards a more premium and expressive styling. The Lexus spindle grille sports new mesh design and is now more upright and prominent for a greater road presence, while the rear features muscular fenders and new light clusters that span the width of the car. 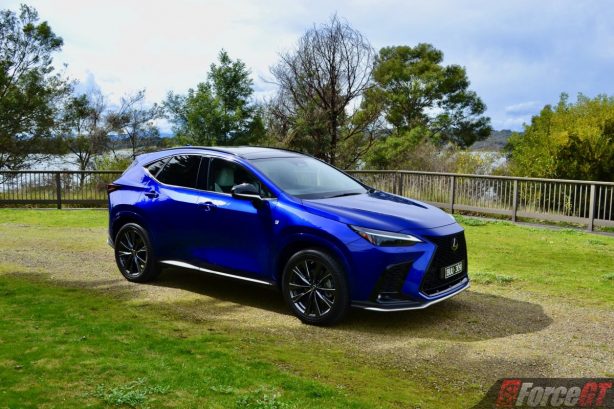 While some may find the lines of the new NX a little more restraint and generic than before, overall the new model is a great looking SUV with improved, sportier proportions and wider front and rear tracks for a more powerful stance.

Lexus has totally redesigned the interior of the NX. Like the exterior, it’s more restraint in its styling execution, but a major step up in terms of material quality and technology. The latter is highlighted by the fully digital cockpit, which is made up of an LCD instrument cluster and a touchscreen infotainment system. 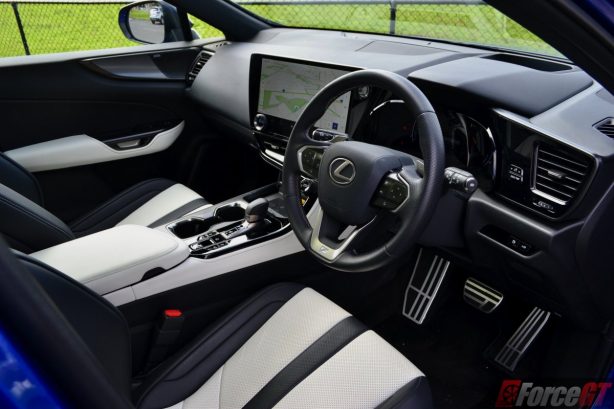 Completely revamped with crisp, high resolution graphics and a new more intuitive user interface, the new cockpit is a breath of fresh air for Lexus interiors, which up until now, had been trailing rivals big time in tech and usability.

While the LCD instrument cluster, which is a little on the small side compared to rivals, is nothing to shout about, the massive 14-inch central touchscreen (9.8-inch for NX 250 and Luxury grades) elevates the user experience to new heights. 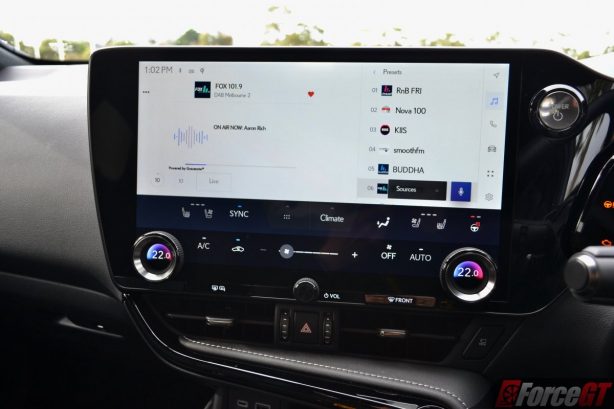 The new touchscreen is orientated toward and positioned closer to the driver for each reach. Instead of using the fiddly Lexus Remote Touch touchpad-like control interface as before, you now simply touch the screen to operate. The screen’s response to touch is excellent, and the support for swipe and pinch motion makes it such a joy to use. The menu structure is now so much more streamlined and simplified than before, with improved shortcuts and customisability.

As expected from the transition to digitisation, controls for many functions have been moved onto the screen, but it’s good to see that essential functions like temperature, volume and drive mode controls are still operated via physical knobs and buttons.

It seems Lexus’ once awful voice command function has been completely recoded, as well. The interaction is now less structured which means it understands plain English, finally. Address inputs, radio station changes, sunroof operation and climate controls all operated via speech without much fuss during our test period. A first for Lexus, the function can now be activated by saying ‘Hey Lexus’. This can be changed to whatever call words you fancy, such as ‘Hey NX’. 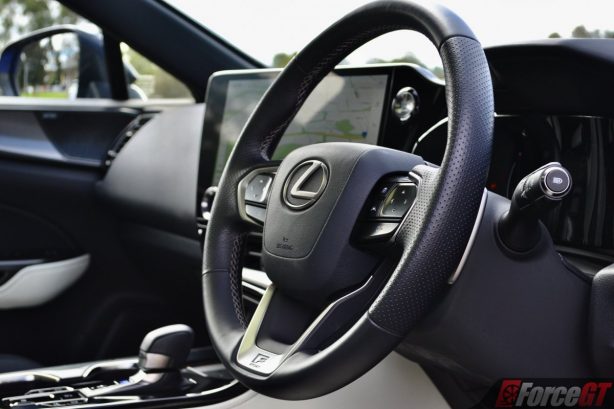 The steering wheel is all new and features buttons that are programmable and touch sensitive (in F Sport and Sports Luxury grades). When the buttons are touched, their programmed functions are projected onto the head-up display. It’s a cool piece of tech, one that allows the driver to keep their eyes on the road while operating the buttons, but it does take a bit of getting used to. And when cruise control is activated, the left spoke buttons are fixed for that function and other functions are inconveniently locked out.

Other tech the new NX is equipped with include wired Apple CarPlay and Android Auto connectivity (still no wireless yet at time of writing, but update on the way), DAB+ digital radio and a wireless phone charging tray. 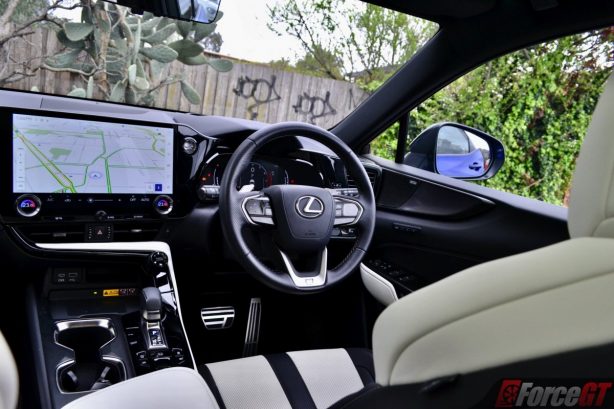 The NX is the first Lexus model to use the e-latch electronic door release system. Instead of pulling a handle to open the door from the inside, you press a latch next to the door grab to release the door. To enter the vehicle from the outside, you press a button on the inside of the fixed door handle. The intent of this new system is to incorporate the Safe Exit Assist function which prevents the doors from being opened when vehicles are approaching from the rear.

It’s as easy to use as a conventional mechanical release system. The fail safe design ensures the doors can still be opened from the inside in case of malfunction by pulling the latch like a conventional handle. 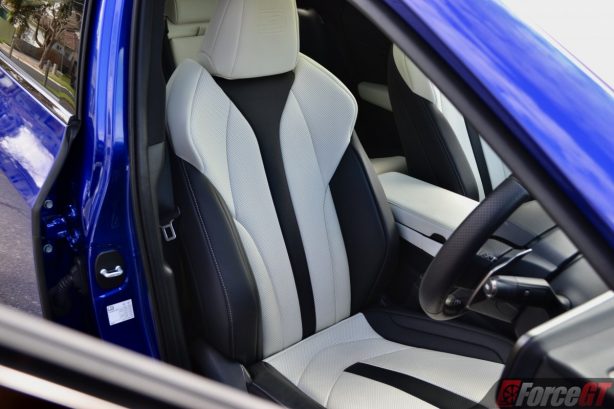 Lexus makes some of the best seats in the business and the NX is no exception. The seats in the NX not only look great but are also superbly comfortable. This combines with decent interior space to create an inviting and calm cabin that is great for long trips.

Cargo space behind the rear seats is now at 520 litres, an increase of 45 litres from before thanks to the absence of a spare wheel – all variants now roll on run-flat tyres. With the rear seats stowed, the space expands to 1,411 litres, which, strangely, is 109 litres less than before.

The new 2.4-litre turbocharged four-cylinder engine in the NX 350 we tested is a replacement for the previous 2.0-litre turbo four. With output bumped to 205kW and 430Nm, it feels like a much stronger engine with chubby low down torque that makes getting up to speed a relatively effortless affair.

That said, if you’re used to Lexus’ silky smooth and muted powertrains, you’ll find that the 2.4L turbo isn’t quite like that. Make no mistake, on cruise it’s still very refined and quiet but when revved hard it can sound a bit gruff, which isn’t quite what you’d expect from a premium vehicle.

The eight-speed auto the engine is paired with operates intelligently in all proceedings and barely makes itself known under normal driving. Manual gear changes can be operated via the steering wheel mounted paddles. 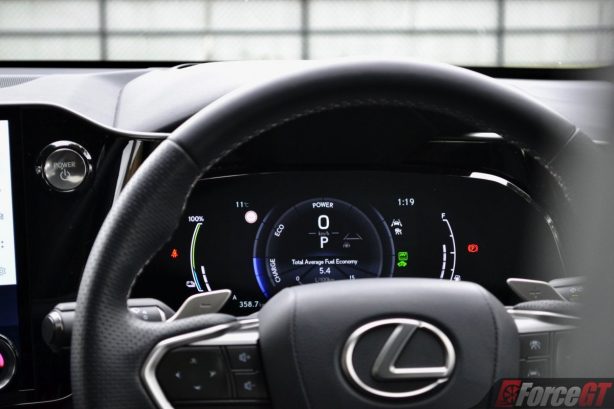 The dual electric motors give the NX 450h+ all-wheel drive capability in what is called the E-Four AWD system. Essentially, the front wheels are driven by the hybrid powertrain, while the rears are powered solely by the rear electric motor. This removes the need for mechanical linkages between the engine and the rear axle. A CVT auto channels drive from the engine to the front wheels. 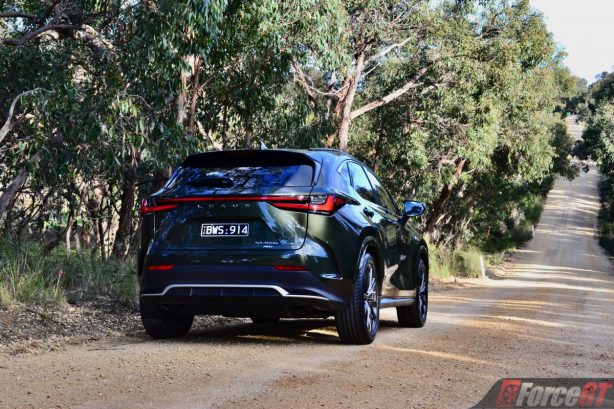 The drivetrain’s 18.1kWh lithium-ion battery has one of the largest capacities found in a PHEV and as such is good for an all-electric range of up to 87km – the most in the luxury segment.

However, charging is slow as it’s limited to a maximum of 7kW of AC charging. It takes about 2.5 hours to charge from a 7kW wall box charger, or about 9 hours from a standard 240-volt outlet. Unlike many other PHEVs, there’s no DC fast-charging option, which can charge to 80 percent in about 30 minutes. With such long electric range though, chances are you only need an overnight charge at home with no need for destination top-up, so the long charge times probably aren’t much of an issue.

There has been quite a substantial update to the new NX’s chassis, with the suspension completely renewed, wider front and rear tracks adopted, and overall rigidity improved. The result is a notable improvement in handling performance, with the new SUV more responsive to driver inputs and a flatter, more composed cornering stance.

The steering is beautifully precise, if not lacking a little on feedback, while the brakes are strong with a nicely progressive pedal, even in the NX 450h+. 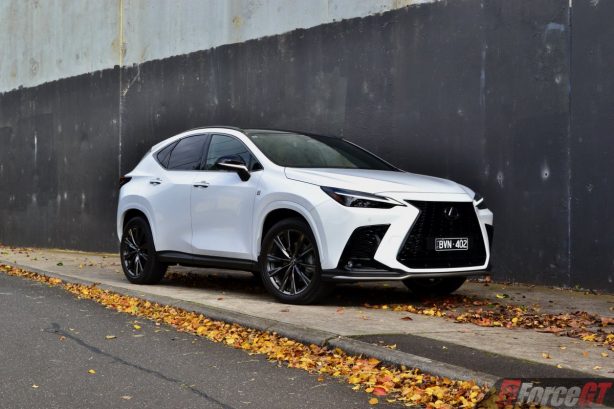 The F Sport models we tested are fitted with adaptive variable suspension (AVS) with performance dampers and 20-inch wheels, contributing to sportier handling. That said, the NX 350, with its mechanical AWD system, is naturally the more engaging model than the heavier NX 450h+.

Under normal driving, the NX 450h+ runs on batteries until charge is depleted, at which point it automatically switches to engine power. Once the batteries have garnered enough charge afterwards from coasting or braking, the electric motor will start supplementing the engine like in a hybrid vehicle. The transition between engine and electric is so seamless that it’s almost imperceptible. 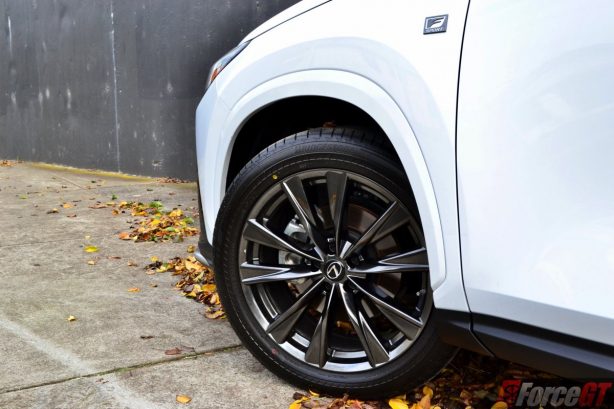 Both models offer decent ride quality around town, with the AVS soaking up rough surfaces nicely in Comfort drive mode. The cabin is mostly quiet, with drivetrain and wind noise very well contained. The run-flat tyres with their hard side walls may transmit some road noise through to the cabin on rough patches but nothing too alarming.

While the NX 350’s fuel economy isn’t too shabby, the NX 450h+ is truly good on fuel, even if you’re driving it without any battery charge left. All NX models run on RON95 premium unleaded fuel. 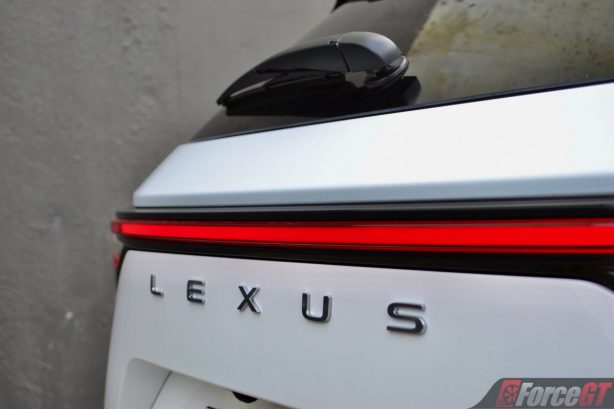 As for after sales service, Lexus is widely considered the best in the luxury space. The company offers a free Lexus loan vehicle when your Lexus is being serviced or can even come to your home or workplace to pick up and then return your Lexus for servicing.

Lexus’ five-year/unlimited km warranty is now common throughout the industry, though few makers can match its impeccable reliability record, which remains one of the brand’s strongest selling points.

The second-generation Lexus NX is a strong contender in the increasingly tight mid-size luxury SUV space. The usual Lexus flair of modern styling, exemplar craftsmanship and rich luxury appointments are now matched with new technologies and a better driving experience. It’s an attractive package that will no doubt offer many years of rewarding ownership.

The mid-size SUV market is saturated with no fewer than 10 models, making it one …